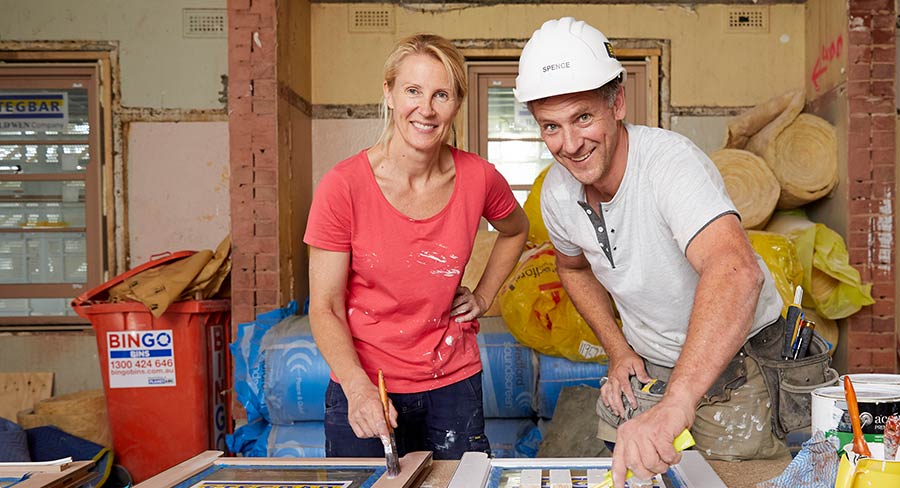 On weekdays at present the channel is pulling bigger crowds at 5.30pm than it can muster after 7.30pm.

A Current Affair started with feuding brothers living under the one roof as 736,000 tuned in after 886,000 on Monday.

The Block foreman Keith is one of the show’s underrated attractions and he was labelled a drama queen last night for just doing his job. The Tuesday episode did 952,000 after 918,000 on Tuesday one week ago.

Nine then screened a new episode of True Story With Hamish And Andy with fellow Radio Karate partner Ryan Shelton among the cast. The episode did 699,000 after 632,000 a week ago. Nine then programmed a repeat episode to follow with 546,000 watching.

Guest co-host on The Project last night was Harley Breen before he returned later in the night on Taboo. Just a year ago Breen couldn’t get arrested co-hosting 2Day FM breakfast. Now he has become a very hot property. The Project did 535,000 after 7pm, same as Monday night.

Survivor then saw The Contenders back to another tribal council where Paige was sent home in another thrilling blindside. They had better merge soon or there will be none of the tribe left. The episode did 661,000 after 634,000 a week ago. Pilot Week day three and it was Taboo’s turn in the spotlight. The program, with Harley Breen hosting for production house Lune Media, was great TV although it didn’t pull big numbers. Breen had great fun with his guests and proved himself a good television performer.

The Pilot Week numbers for far:

One of the best pieces of television last night was the episode of Foreign Correspondent, which followed former Papua New Guinea ABC correspondent Sean Dorney back to the country with his wife for what could be his last visit, given the state of his health. It was a wonderful celebration of the reporter and the people of the country he grew to love. It was also a timely reminder of what the ABC does best. The episode did 489,000.

Another episode of the new season of Catalyst followed with 453,000 after it returned last week with 501,000.

The second episode of Essential Media & Entertainment’s Search For Second Earth provided more stunning images. Producer Chris Hilton spoke to Mediaweek yesterday about the CGI work and it was all there on the screen to marvel at. After launching with 249,000 last week, episode two did 273,000.

Plenty of marvellous travel images from India on Great Indian Railway Journeys as Michael Portillo made his way across southern India. The episode did 364,000 after 315,000 a week ago.