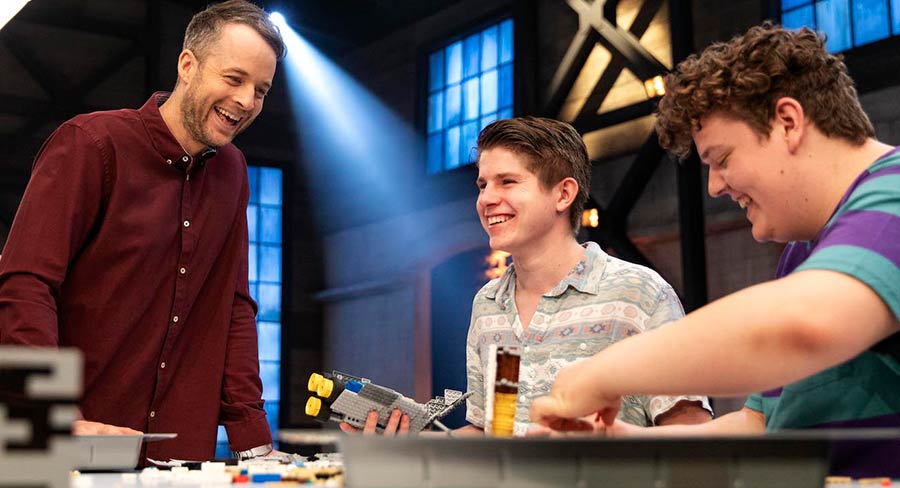 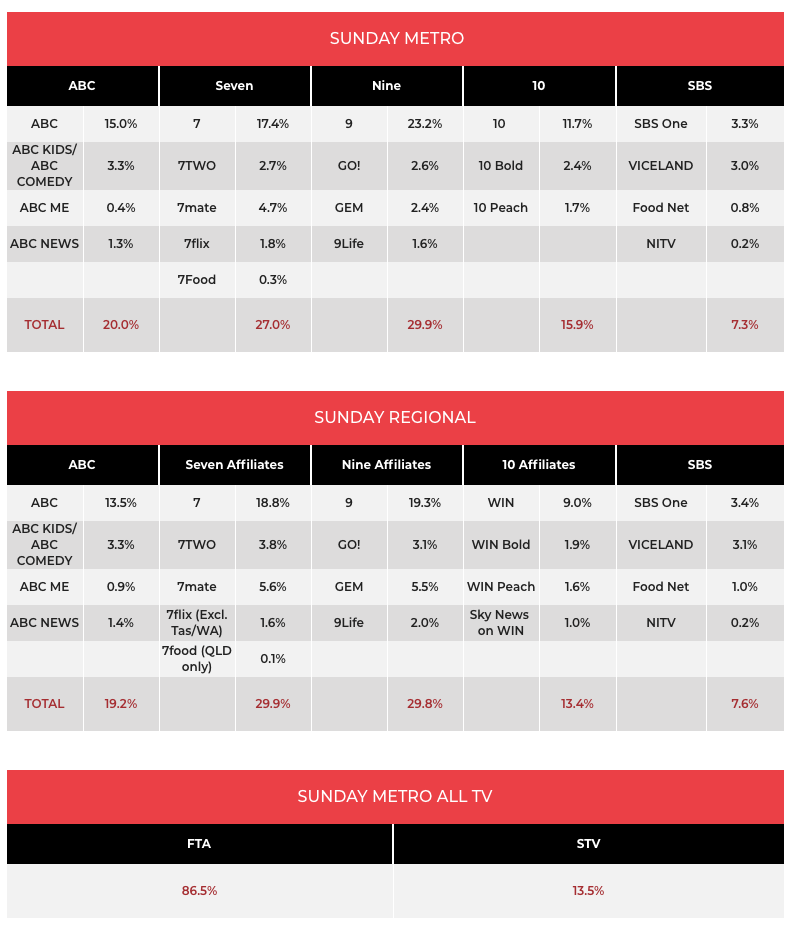 A bathroom and the walk-in wardrobe on the first renovated home on House Rules secured a win for Katie and Alex. They topped the leader board with 25 out of 30. The second Sunday episode was on 684,000 after launching with 785,000 a week ago. That number was better though than any of the Mon-Wed episodes screened last week.

Lego Masters was down over 250,000 week-on-week, but it remained over 1m and was the clear Sunday champion as it led Nine to start the week with another win.

No Australian Crime Stories again this week, instead the timely Meghan And Harry: Baby Fever, special which did a modest 277,000.

The first Sunday outing for MasterChef Australia was also the first elimination episode after a surprise Black Mystery Box challenge. Huda was the first to depart after a challenging night in the kitchen. The Sunday audience of 638,000 was the smallest audience so far this season.

Later in the night the final episode of this season of Hughesy, We Have A Problem did 311,000. It was a Rove Live reunion with Rove McManus and Pete Helliar among the guests.

It was a Sunday crime night, which delivered the highest Sunday shares this year outside of the Easter fortnight.

However Viceland was doing good business with its screenings of The Fifth Element with two of the screenings on 80,000 each.