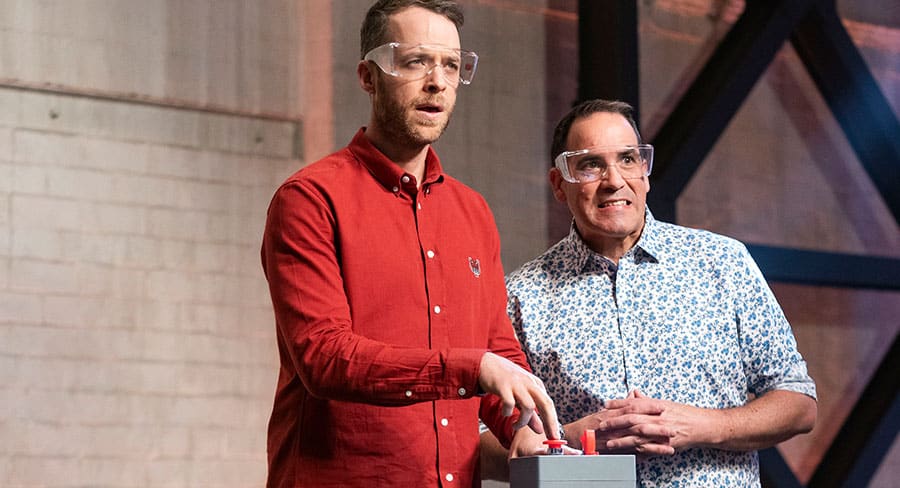 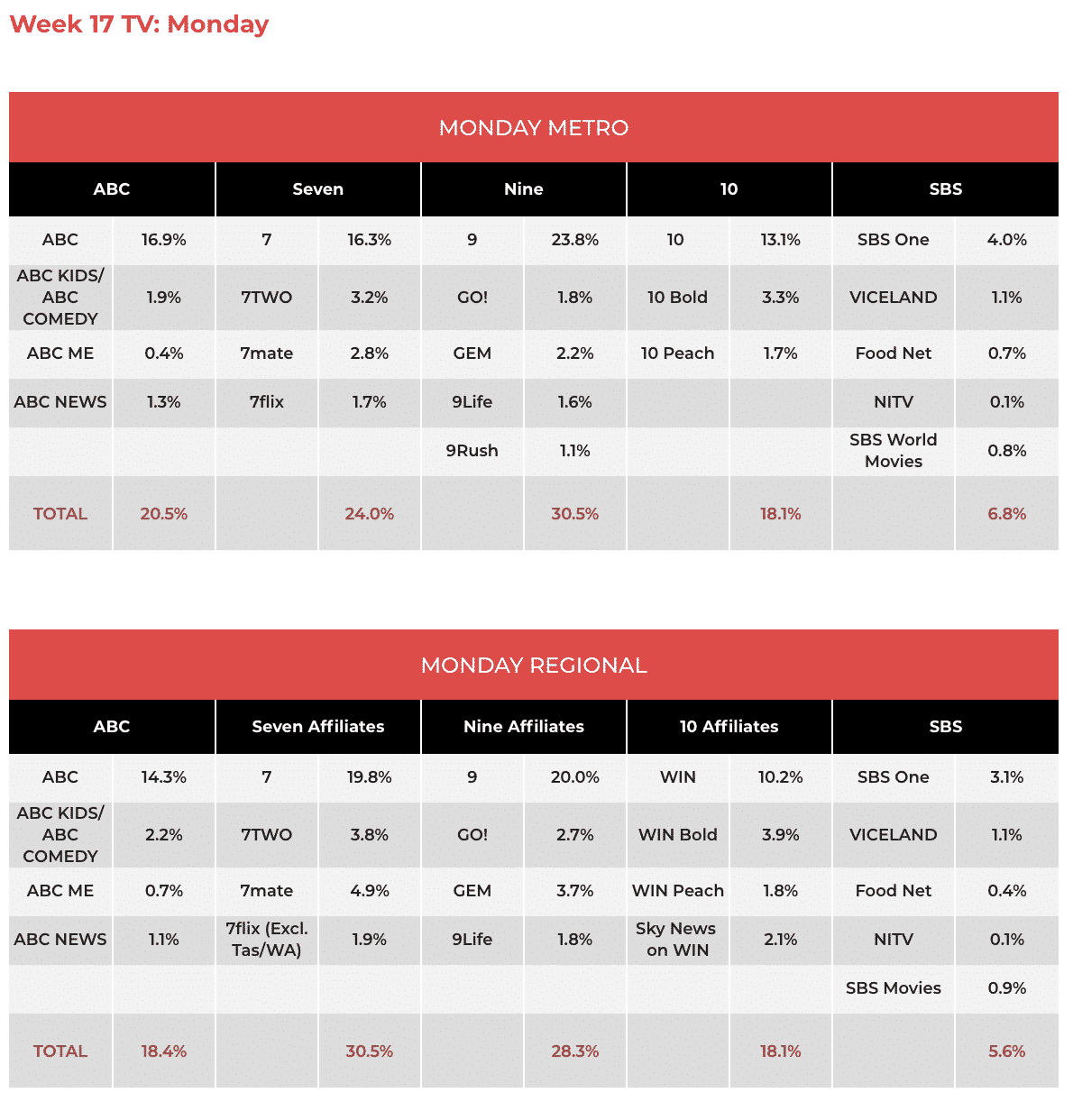 Nine: Lego Masters was a blast – literally and in the ratings. The numbers are down year-on-year, but the program is leading the pack at 7.30pm on a night when there was plenty of alternatives in the schedules of the FTA broadcasters. The Monday challenge was won by Summer and Iona and had something to do with jumping the shark. The second episode audience was 1,049,000 after 1,239,000 on Sunday.

Nine then launched the first of the two-part mini-series Informer 3838. There was no Greg Haddrick or Peter Gawler (Underbelly writer/producers) involved, but it was unmistakeably an Underbelly instalment with character voiceovers, slow motion walking, drug taking, violence and nudity. One trademark constant with Informer and Underbelly was production house Screentime. The episode did 644,000 which was easily enough to win the timeslot and is a strong number for a drama that started around 9pm and finished close to 11pm.

Nine also showed off a trailer for Halifax: Retribution during the show, a series that counts former Underbelly writer Peter Gawler as part of the team.

Newsreader Peter Overton then had to work late, presenting the Late News until close to 11.30pm with 233,000 watching.

Seven: The channel’s strengths remain the 6pm News, Home and Away and 657,000 and the leading breakfast show Sunrise.

10: The Project continues to report strong numbers with 684,000 after 7pm with Tom Tilley reporting on the day he launched his new PodcastOne series The Briefing.

MasterChef featured a BBQ group challenge on a St Kilda beach where three teams had to feed 1,200. The losing team is into a pressure test tonight with a second person to be eliminated. It was the first episode to dip below 1m with 916,000.

The final episode of this season of Hughesy, We Have A Problem did 332,000.

ABC: 7.30 managed to outrate ABC News last night with a coronavirus special at 7.30pm with 968,000 watching. After 8pm Leigh Sales fired the questions at Malcolm Turnbull in his first interview to promote his new book in an extended episode of the daily current affairs show. The second half hour rated 940,000.

David Speers was then in primetime and it wasn’t election night. He hosted a Four Corners special on the cost of Coronavirus. The episode did 777,000. Media Watch then did 702,000 followed Q+A on 488,000.