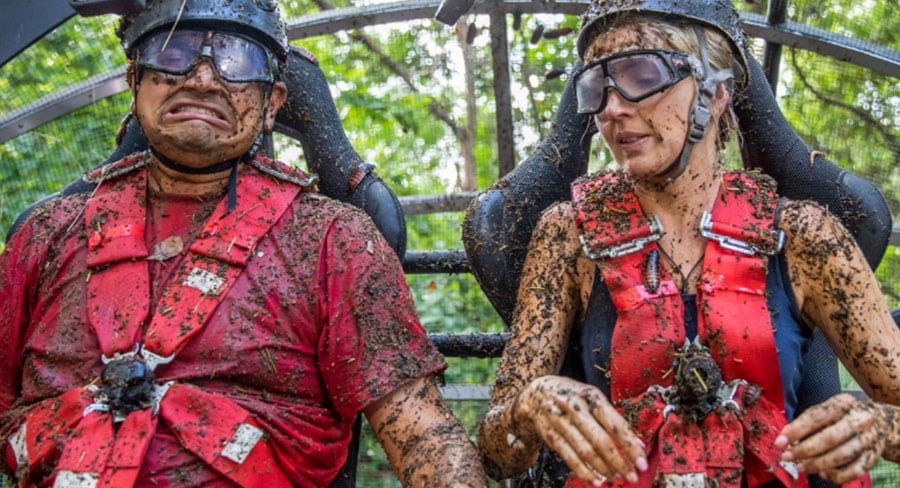 • Nine finished in third place for a second consecutive night 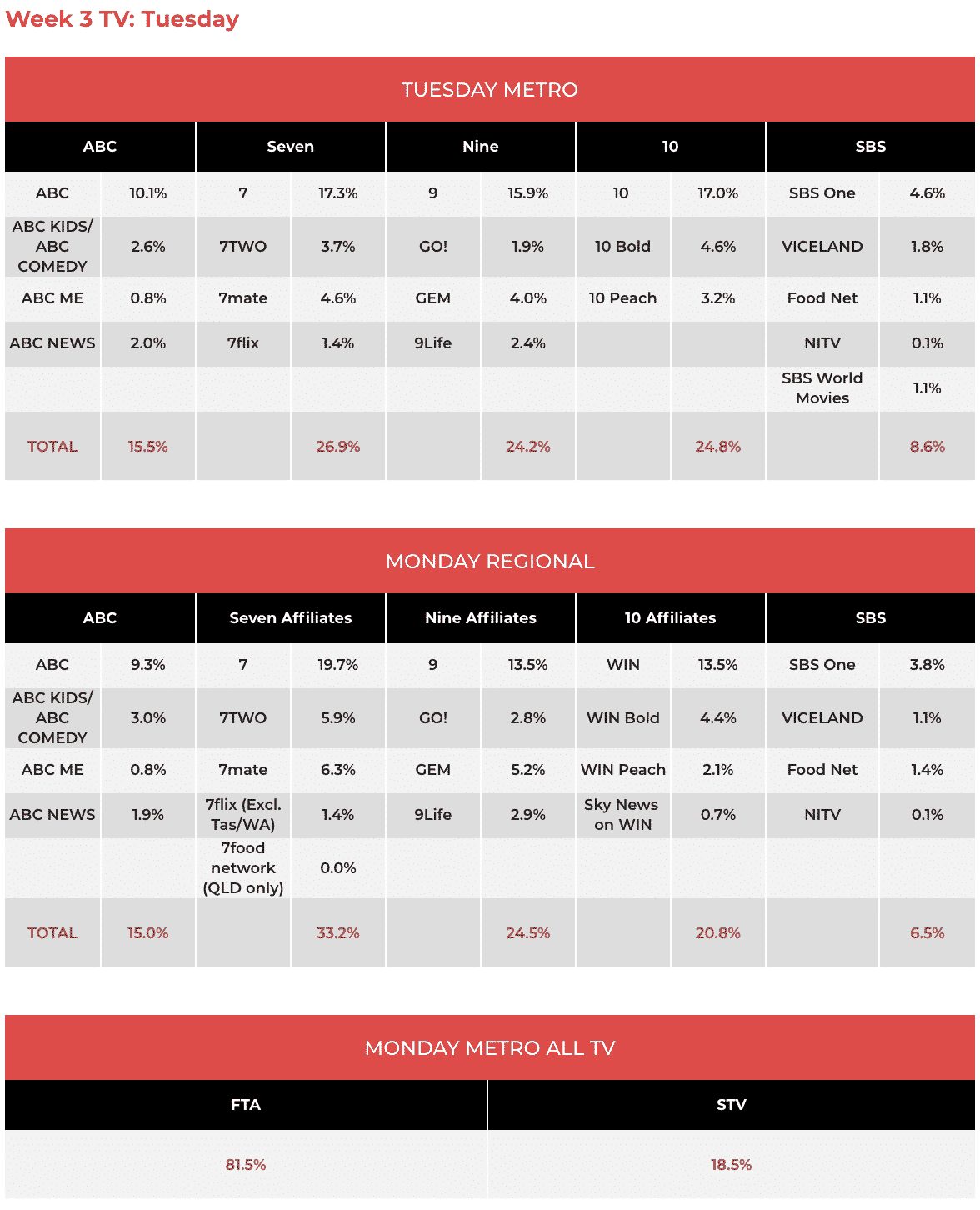 Seven’s combination of dominance at 6pm with Seven News and then ob docs The Force and Border Patrol followed by a rom com, Sweet Home Alabama, gave it a narrow Tuesday lead all people.

Nine finished in third place for a second consecutive night with A Current Affair again the best on 628,000 followed by Young Sheldon on 352,000.

10 narrowly trailed Seven all people, but it was a clear leader under 50 and the key demos. I’m A Celebrity…Get Me Out of Here! is travelling well in its second week with 762,000 after 737,000 on Tuesday a week ago.

New episodes of NCIS launched in the traditional Tuesday night slot with 332,000 watching which was enough to win its timeslot.