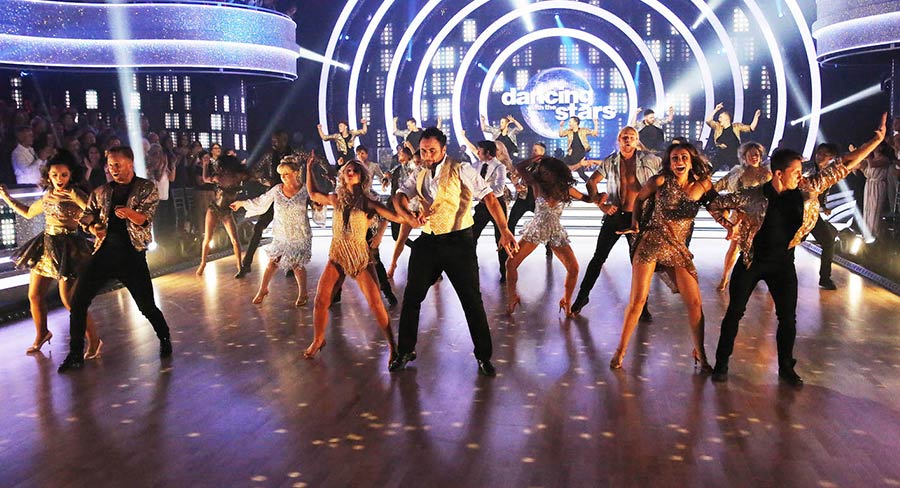 • It was a slick opening night but coverage zeroed in on its average ratings and nasty new judge.

It is sad to see shows trying something new only to find themselves struggling in the ratings and under the media spotlight. It was brave of Today to put two women at the helm but its viewership is now at a 13 year low. Dancing With The Stars also mixed with the traditional male/female dynamic by getting Amanda Keller and Grant Denyer to share co-hosting duties. It was a slick opening night but coverage zeroed in on its average ratings and nasty new judge. Darling, soooo predictable.

Meanwhile, Nine are furiously denying reports about “secret” focus groups that Today’s biggest problem is viewers dislike Georgie Gardiner. Last weekend, she was copping it for being blonde because everyone else on TV is blonde too. So is this story all about Georgie now? Are we finally over Karl and Lisa? Can’t wait to see who those “network insiders” and anonymous “sources” come up with next.

Despite I’m A Celebrity getting renewed for 2020, one newspaper bagged it endlessly, even referring to it as a “problem child” the network was “giving up” on. What 10 appears to have given up on though is flying newspaper reporters over to Africa in return for glowing and positive stories. And what stories there were too, like the time one chap ate ostrich anus just like all the celebrities! Good times…but where is the love now for all things offal?

Should we be grateful the media can even find time to cover other shows, given their current fascination with Married At First Sight. It is the talk of the nation but did MAFS jump the shark when the “lesbian” deflowered the “virgin”? Relationship counsellors and mental health experts have always criticised this show, but now former participants – and current ones too – are speaking out about the show’s methods. Are those who go on MAFS somewhat unhinged to start with, or is it the “social experiment” that pushes some over the edge? Or should we be applauding their work given it could actually be brilliant improv?

MAFS is silly fun for some and a car crash for others, but surely it is the last show we should use to represent Australia overseas. The Federal Government wants to beam “a variety of programs available on commercial networks” into South Pacific nations and “drama, Australian comedy and Australian documentaries” would be great. But “Australian reality television programming” like MAFS and MKR? How would that be “useful and valuable” to citizens in Papua New Guinea or Nauru? Sounds like there good be better value in commercial networks charging more for in-show advertising if they get a wider audience. Come to think of it, that extra audience might help out Today too.