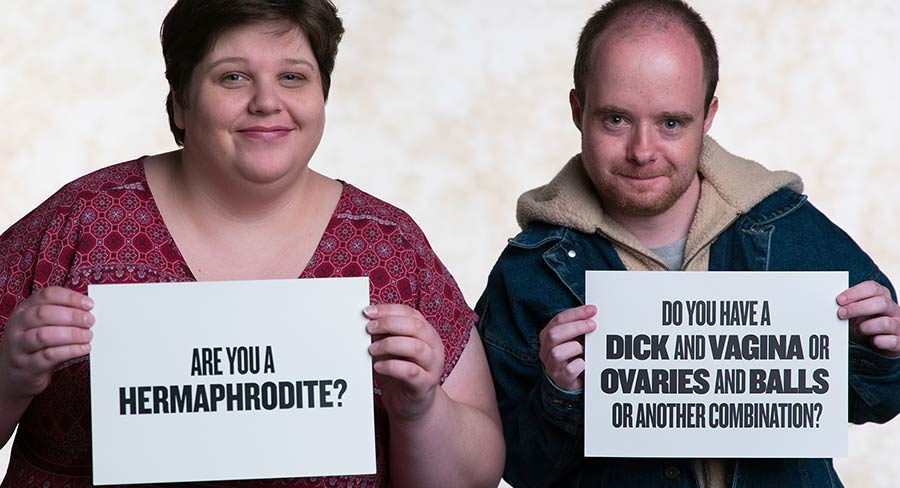 • Plus: Employable Me, Dynasty and Married At First Sight

Yet again, Eddie McGuire has had to apologise for causing offence, after comments on Fox Footy about a double amputee, and Ray Hadley has been accused of being a workplace bully at 2GB. And no, it wasn’t some April Fools’ Day joke about them doing a new show together called You Can’t Say That. Instead, we have the antithesis of such behaviour with the brilliant series You Can’t Ask That, now back with a fourth series on the ABC.

It kicked off last Wednesday with a searing first episode with survivors of domestic violence and soon you will not see a better or moving explanation about what intersex actually means. How much better it is to have respectful conversations about difficult subjects. Maybe this show should be required viewing for all boofheads, and so too should be Employable Me (Tuesday on ABC).

Employable Me returns for a second season with a brand new cast of job seekers looking for work, but impairments such as Tourette Syndrome and dwarfism lead to constant rejection. Showing resilience and optimism, all keep on searching, and it makes for inspiring TV.

Listen: Mediaweek TV podcast with Andrew Mercado
• Mediaweek contributor Andrew joins James Manning as they cover programs as demure as Dancing With The Stars to outrageous shockers like The Dirt, Netflix’s Mötley Crüe biopic. Along the way they also cover Christians Like Us, Mum, Veep, Our Planet, After Life, Restoration Australia, Australian Crime Stories, Killing Eve and much more.

It’s good to see reality shows about actual real life, as opposed to all those other reality shows about fake romances. Married At First Sight finishes another record breaking run next Monday, with Nine promising the most “explosive” dinner party episode yet. And come Tuesday, 10’s Bachelor In Paradise begins, with former wannabes coming back for more drama. How long will it be before MAFS gets a spin-off so its desperadoes can try again? Married At Second Sight, anyone.

Netflix’s reboot series of Dynasty is also getting desperate as it churns through more drama in one episode than the original 80s soap would do in an entire season. They have already killed off one Cristal, only for Blake Carrington to hook up with another one (don’t ask), and now Alexis is bandaged up in hospital after being pushed face first into a burning fireplace.

That’s because actress Nicolette Sheridan has quit to spend more time with her terminally ill mother so when the bandages come up, Alexis will be being played by someone else. It is all eerily similar to when Rowena Wallace left Sons and Daughters, and Pat the Rat returned from Rio De Janeiro as Alison Carr. Belinda Giblin took over that role, but since she is now busy playing Alf’s long-lost love interest in Home and Away, who will play the next Alexis? How about Heather Locklear, who once played Dynasty’s Sammy Jo. Maybe it would keep her from being arrested again because her life has recently been just like an episode of You Can’t Ask That. Maybe doing another Dynasty will get her back on track. 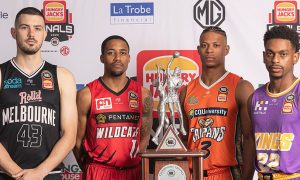