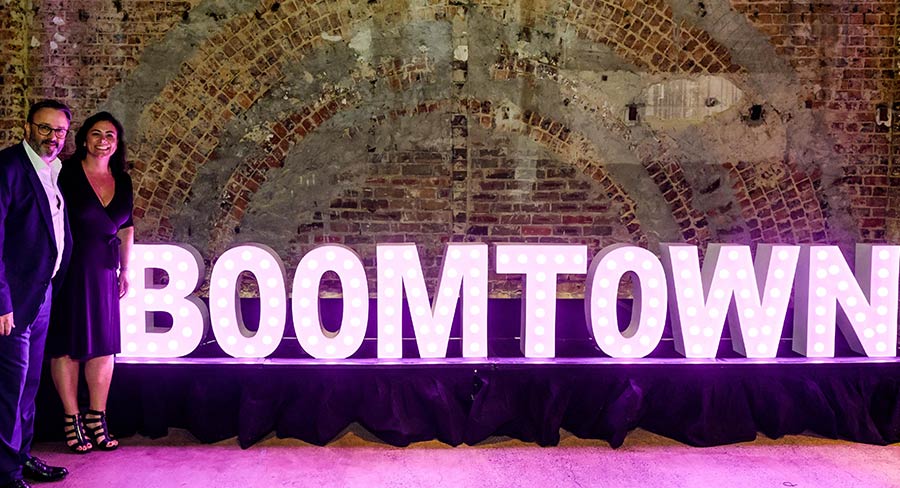 Meet two of the architects of the Boomtown campaign.

Mediaweek covered the Boomtown launch event for the Your Money channel this week where we interviewed two of the architects of the campaign. Below are some highlights from the interview.
• Watch in full here.

Brian Gallagher told Mediaweek: “We came together last year and wanted to come up with a way of clearly articulating regional markets were this is a lost opportunity for advertisers who are not investing.

“It’s fantastic that as a group we were able to come up with a device to illustrate the 8.8m people who live there and that device is Boomtown.”

Penny Kaleta added: “It was really important for us to realise the power we have if we come together, uniting regional Australia as a channel rather than working in the fragmented markets as we were.”

The various media groups compete for ad dollars, but the effort to increase visibility of their audience binds them together. Gallagher explained their message is going to two different groups of advertisers: “There are advertisers who spend exactly the right amount [in regional markets]. Companies like the major retailers and the Federal Government. Then there is a whole bunch of companies across multiple sectors, probably described as the companies who don’t have their own cash register in place.

“As a group we are very united to get those people to change their bias.”

Kaleta noted that although SCA trade in metro and regional markets, Gallagher was the right person to lead the push. “He is so connected to the metropolitan market and that is where we are trying to change the perception about regional. I’m a regional Australia specialist, but people in regional Australia know how great they are, so it is the metro markets where we need to change the misconceptions.”

When asked about the bold language being used in the communications with agencies – where buyers are being asked to rethink their habits, and stop being short sighted by ignoring a third of Australia – Gallagher said:

“I can’t imagine a soft sell is going to get it done. We have to have a red hot crack.

“To explain further to advertisers what they are missing out on we are doing it with data. We are able to stand in front of a client with the agency strategy team and talk about quantifying the brand share and the value of brand share the client is missing out on by not investing equally across the markets.

“We are able to redefine what good investment looks like by showing brands where they are significantly under represented. That is really compelling and it will really cut through.”

Kaleta said advertisers can reach 8.8m people in regional Australia much cheaper than it would cost reaching that market in metro. “It really depends on audience segmentation and market you want to attract. But when it comes to trading cost per thousand you can certainly get more for your money than in metropolitan. We use examples quite often that people in Wagga Wagga or Griffith want a choice of what breakfast cereal, shampoo or beauty products to buy. They are not being marketed at.”

If advertisers spend more in regional markets, where will the money come from?

Gallagher: “Clients have to make a value judgement about where they are investing. I can think of certain platforms where there seems to be a discrepancy in relation to transparency, visibility and measurement.”

Are we talking digital?

“You might have said that. You can afford to be that pointed, I probably can’t.”