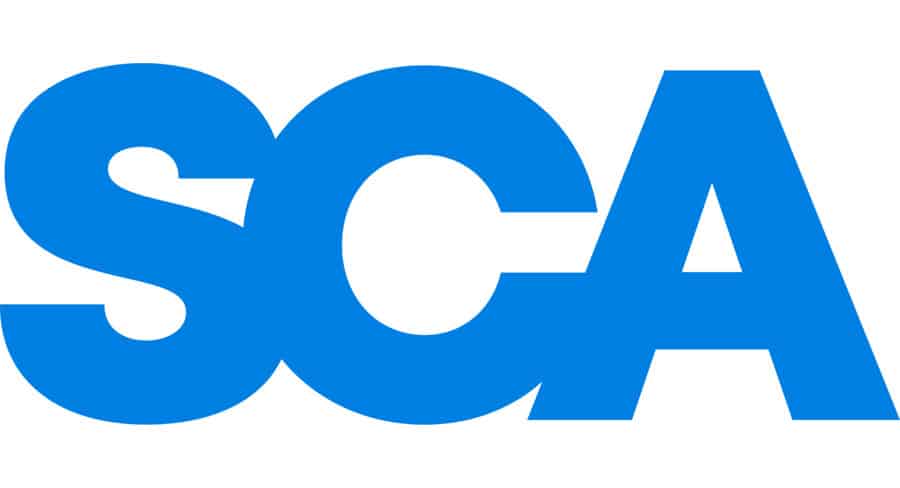 • Facebook, Google, The Wiggles, Politics, 3AW, Tones And I, Billy Connolly and NRL

The commercial radio industry has raised concerns about Google and Facebook’s increasing monopolisation of the collection and control of customer data harvested from ads and content on digital platforms operated by radio stations.

In its submission to the Australian Competition and Consumer Commission’s Ad Tech Inquiry, Commercial Radio Australia urged the ACCC to look closely at any attempts by Google and Facebook to limit access to data in the ad tech chain, which would result in a concentration of data in the hands of the digital giants.

“The collection and use of consumer data by Google and Facebook makes it hard for traditional media platforms to compete on commercially equal terms, both in terms of competing for the advertising dollar and establishing new business models,” the submission said.

The Ad Tech Inquiry flows on from the ACCC’s report on digital platforms and is looking into competition and transparency issues in the digital advertising market.

CRA said radio, as a publisher, should receive more information about the pricing of services in the ad tech supply chain. Digital platforms should be required to disclose elements of commission or referral arrangements that could distort pricing structures.

“CRA urges the ACCC to investigate closely whether Google and Facebook are using their monopoly positions to distort the ad tech chain by using pricing, commission, referrals or bundling structures that unfairly favour certain parties over others,” the submission said.

“It is vital that any such practices are exposed, to ensure that all media players operate on a level playing field in terms of attracting advertising revenue.

“Increased advertising revenue enables digital platforms to continue to invest, market more widely, buy up competitors and expand their monopolies and influence. In the long term, this is likely to be at the expense of Australian local media platforms and the provision of quality content.”

Google and Facebook should be forced to use independent third parties to verify their audience reach claims in order to remove the potential for data distortion and create more transparency for advertisers.

The digital platforms sell advertising based on metrics that are “distorted, misleading and poorly understood”, CRA said.

Digital impressions can be created automatically when content is sent from a server and no human has seen the content, there were instances of double counting and a lack of transparency and consistency in methodology.

“This practice must be stopped, as it unfairly disadvantages those players who have audited, standardised audience measurement processes,” the submission said.

“The ‘walled garden’ approach to advertising metrics particularly impacts on clients likely to advertise on commercial radio, as the digital platforms’ techniques tend to be effective in persuading small to medium sized businesses, such as local tradespeople and shops. These are businesses that provide the backbone of commercial radio advertising, particularly in regional areas.”

SCA to stand down multiple staffers across its radio business

In an email sent to all employees on Tuesday by CEO Grant Blackley, SCA detailed its plans to reduce payroll liability in a bid to survive the economic impact of the pandemic.

In the email, obtained by Radio Today, Blackley outlined a number of new measures the business was implementing, including “full” and “partial” stand-downs for non-essential workers.

“You can expect an email from your manager today,” wrote Blackley, “who will speak with you about how these measures may impact you individually.”

“Unfortunately, there are a small number of employees for whom there is no available work at all,” Blackley said in the email, with some staffers to be “fully stood down”.

In a statement sent to Radio Today on Wednesday, Blackley confirmed an assessment of workload requirements had led to a temporary reduction in work hours for some of our employees.

“Responding to the COVID-19 pandemic is difficult for everyone – including for our business and our people,” Blackley told Radio Today. “I have every faith in the strength and tenacity of our people and business and I know we will come through this together, prouder and stronger.”

Field ceased being a director of The Wiggles’ Group on March 16, almost 24 years after he became its manager and less than two weeks before the group released its latest album Fun and Games.

The album was meant to launch a lucrative 17-week national tour of 47 concerts, all of which have been cancelled or deferred because of the coronavirus outbreak.

Asked whether Field had stepped down, the group confirmed it was going through a phase of “organisational change”. Field is the brother of Blue Wiggle Anthony Field.

Corporate filings suggest Anthony Field owns about 36 per cent of the business, while companies linked to Jeff Fatt and Murray Cook own 24 per cent each.

Investment bank Goldman Sachs is spearheading the potential sale of a Seven West Media and Nine joint-venture that owns the towers that broadcast their free-to-air television signals, reports The AFR’s Max Mason.

TX Australia was being positioned as an infrastructure asset that could provide steady, consistent and low-risk returns. It has 67 sites across the country and its infrastructure providers broadcast in Sydney, Melbourne, Brisbane, Adelaide and Perth.

The Guardian has recorded a substantial increase in the number of readers providing financial support to it over the last year, although the coronavirus pandemic has led to warnings that tough times are ahead for the business, reports the London-based news brand.

Guardian Media Group’s preliminary financial results, unveiled to staff on Wednesday, led the company to state that it “achieved its goal of financial sustainability for a second consecutive year”.

There were 821,000 readers making regular monthly contributions at the end of March, up a quarter over the last year, driven by new subscribers to the company’s apps and continuing financial contributions from readers.

GMG said that when one-off donations were included, at least 1.16 million people around the world financially supported the Guardian in some way during the last financial year, in addition to the British readers who support it by buying the Guardian and Observer print editions.

Politics hits prime time as we all become political junkies

Remember when the family used to gather around a bowl of microwaved popcorn to watch the Sunday night movie? Asks The Australian’s Caroline Overington.

Well, there’s a new show in town, and it’s basically all of us, watching state and federal politics. Press conferences and media briefings, TikToks and trending tweets, some of them hosted by the Prime Minister, or our state premiers, or even the Treasurer.

We cannot get enough, and why? Because we’re all political junkies now.

And it often becomes fun. Morrison’s interaction with the ABC’s Andrew Probyn – “You don’t run the press conference, Andrew’’ – became a smash hit on TikTok, connecting a new audience to federal politics (it’s the funkification of news, apparently).

West Australian Labor Premier Mark McGowan woke on Tuesday to the news that his Newspoll approval rating is a staggering 89 per cent. How can that be? Clearly, the public thinks he’s handling this crisis with aplomb, and they’ve come to that conclusion at least in part by watching his live press conferences.

Sky News Australia chief executive Paul Whittaker says there is an “immense hunger” from viewers to “hear the news first-hand, from state and federal governments, and medical authorities”. They are seeing record ratings – up 85 per cent in some cases – with every major announcement covered live.

Network director of news and public affairs at Seven, Craig McPherson, said the network jumped willingly into around-the-clock coverage during the peak of the crisis, which has included “watch live” press conferences.

“With so much at stake, it was these moments that became significant TV events,” he said. “Fear can be a great driver of an audience and as a nation we were locked in fear for several weeks.”

Three days in to his triumphant return to the 3AW mid-dawn show, Tony Moclair had to broadcast from home this morning.

Nine Radio announced on the weekend that Moclair would resume his Melbourne shift and then he started on air on Monday morning from the 3AW studios.

Moclair was this week contacted by health officials as he had attended a venue at which it was later discovered that someone had coronavirus. After being test for the virus Moclair is awaiting test results and is not allowed to leave the house.

Most of 3AW’s broadcasters continue to operate under lockdown conditions – breakfast with Ross and John, mornings with Neil Mitchell, afternoons with Dee Dee, drive with Tom Elliott and evenings with Denis Walter.

“I miss the freedom,” Tones – born Toni Watson – a former busker who lived in a van, said today.

“People think once you become successful in the music industry, you’re free to do whatever you want. It’s almost the opposite,” Watson told Carrie Bickmore and Tommy Little on Fox FM.

“Everything I’m doing is for myself and my career and for my happiness … but feeling more free is living in your van, and driving wherever you want … making music … and making enough money just to get by – it felt really free.”

Watson became a global phenomenon after her debut single, Dance Monkey, shot to No. 1 in 30 countries.

Dance Monkey has been named the most streamed song ever by a solo female artist on Spotify, with 1.4 billion streams.

The song has also gleaned seven billions streams across all streaming platforms.

Sensationalist articles about Billy Connolly “nearing the end” have been clogging tabloid-minded news feeds for some time – the legendary Scottish stand-up comedian is suffering Parkinson’s disease, among other ailments – but his grandiloquent introduction “It is I, Billy,” is enough to cancel the wake and settle into a three-part travelogue showing there’s plenty of life left in the Big Yin, reports The Age’s Larissa Dubecki.

Answering one of the most pressing questions of the modern televisual age (namely, do we need yet another celebrity-driven travelogue?) with an emphatic “Aye”, Great American Trail follows Connolly as he traces 1000 years of Scottish history in the United States, plotting a line from Massachusetts to Nashville, travelling 3000 miles through 10 states in the nation’s east. About 27 million Americans claim to have come from Scotland, he says, without elaborating on whether that means they’re Scottish-born or simply have a predilection for tartan. But we’re not here for Connolly’s flair for statistics. At the age of 77 the firebrand has inevitably mellowed, distilling his manic energy into the kind of algorithms that see the best in everything, making him the perfect companion on this little jaunt.

The first two episodes stream on 7Plus.

The NRL is facing the prospect of almost a $60 million drop in broadcast revenue as part of negotiations with its television partners, as Nine Entertainment Co attempts to secure a substantial discount for the shortened season, reports The Sydney Morning Herald’s Michael Chammas.

With clubs and players waiting anxiously for the NRL to sort out its financial distribution model in 2020, the Herald has learnt that Nine is trying to pay at least 24 per cent less than the terms of the original contract.

Sources close to negotiations have also told the Herald that the Nine Network wants to pay less for the State of Origin series – which has been moved to after the grand final in November – arguing that it will not be able to write the advertising revenue that it would have in the middle of the year.

Nine was due to pay $118m in 2020 for the broadcast rights, although the network has now indicated to ARLC chairman Peter V’landys that it wants to pay only about $90m.

Media sources say Foxtel, which was due to pay about $190m this year, is willing to only deduct the value of the four rounds lost at a saving of about $30m.