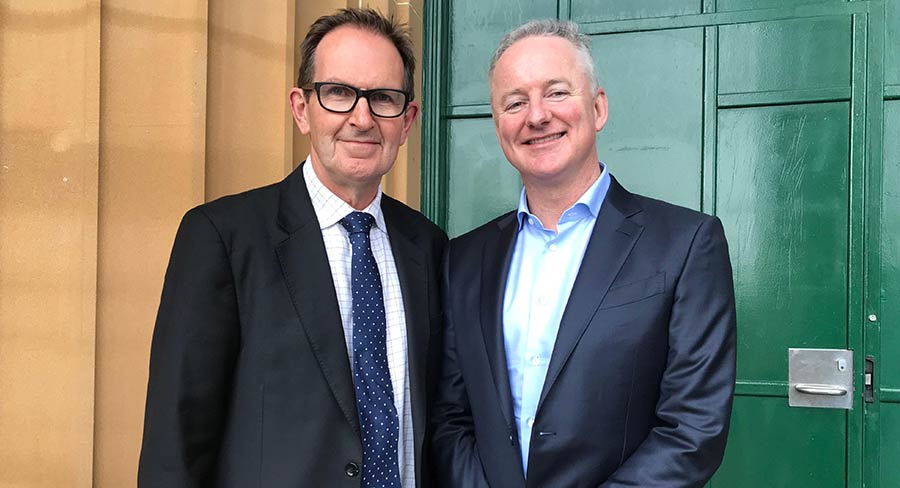 • Our three placegetters did good work during 2018

Being the leader of a media business as we near the end of the second decade of the 21st century throws up all sorts of challenges.

Business models are being overhauled as companies look for ways to maintain revenue streams and keep a handle on costs.

Our three placegetters did good work during 2018, but there is plenty on all of their plates for the new year. In the space of six months Nine CEO Hugh Marks and his chairman Peter Costello raised the prospect of merging with Fairfax Media and then completed the deal.

There was/is plenty of scepticism from some quarters that it was a deal worth making.

Making sense for advertisers of the new media combinations will be key.

There will also be lots of opportunities for the different Nine Entertainment divisions to leverage other parts of the business from ways to make news subscriptions more compelling through to ways of upselling news or Stan subscribers with extra value. The year could not have ended much better for the chief executive of Nova Entertainment.

Cathy O’Connor had the #1 FM station in Australia’s two biggest radio markets – smoothfm 91.5 in Melbourne and smoothfm 95.3 in Sydney.

Sister Melbourne station Nova 100 ended the year with share growing while its cume audience was over 1m.

At Nova 969 in Sydney, the station also has a cume audience over 1m while breakfast with Fitzy and Wippa posted their best-ever share of 8.4%.

When it comes to networked daytime and evening shows, Nova is hard to beat.

Despite lots of competition, Nova’s Red Room remains the premier live event that connects radio station audiences with the cream of the world’s best artists. The Red Room brand ended the year with four special shows during ARIA Week, which included an exclusive performance from Keith Urban for a handful of Nova listeners.

Like all media executives, Radio Hall of Famer O’Connor walked the fine line of keeping costs down while not impacting on the product.

Among initiatives launched during the year was a pop culture platform for Millennials, GOAT. It was a year of deals (again), for the Crocmedia co-founder and chief executive Craig Hutchison. A reverse takeover of broadcaster Pacific Star was completed early in the year.

The company’s radio station was overhauled with the country’s best sports broadcasters taking over key timeslots including Gerard Whatley in mornings, Garry Lyon and Tim Watson in breakfast. The station also beefed up afternoon and drive and its weekend AFL broadcasts.

Hutchison managed to keep his on-air role, hosting Off The Bench on Saturday mornings, a show which runs for three, and sometimes four, hours.

There is no room here to list all the rights deals Hutchison completed during the year.

His biggest achievement perhaps was the launch of SEN South Australia on an AM narrowcast frequency. That station has its own dedicated breakfast and drive shows, taking networked content across the rest of the week.

He also managed to continue co-hosting one of the best Australian podcasts, The Sounding Board, with Triple M’s Damian Barrett. Trade Radio is also worth a mention that has grown from a niche online broadcast to a major product attracting major advertiser investment.

The pace looks like being frantic again in 2019 with cricket and tennis rights deals supplying content to SEN listeners on air and online, with the Super Bowl to follow in February, which is always a big focus for Hutchison and his colleagues.

One of the CEO’s skills has been his ability to mix his content smarts with advertising and sponsorship opportunities. There is no better example of how he blends the two than his Saturday morning radio show.

Along the way this year, Crocmedia also invested in NBL team Melbourne United with a 25% stake.