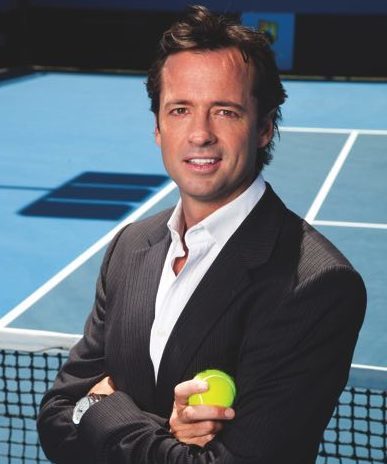 Michelle Payne’s win on Prince of Penzance. I interviewed her the day before at a lunch at Crown, and she was very confident the horse would run very well. I didn’t listen, I knew best. The first female cup-winning jockey, on a locally trained 100/1 shot when the raiders are coming in huge numbers with unlimited budgets. Superb.

FIFA. Drug scandals. Match fixing. Betting rorts. The constant stories of opportunists, shady characters and outright cheats are wearing even the most ardent of fans down. We need some purity back into our sport. Not sure how it happens.

Sepp Blatter’s merry band of men for all the wrong reasons and the magnitude of the corruption get a mention, as does Michelle Payne and the Hawks three-peat in such a competitive era, but Mick Fanning and “jaws” wins. To be caught on camera, and lose him mid attack with a wave rolling in, and then have him reappear and paddle off, three votes Mick.

Good sport, with great participants and great competition, in “real” tournaments, is still devoured, as shown by the numbers going to the game or watching at home.

Federer at the Open. I’m not sure how many more times we will see him, but I promise you, when he is gone, we will really miss him. Rio. I’ve never been involved in a Games, so from a personal standpoint I’m very excited about the Olympics. And the Campbell sisters in the pool. I think two sisters might quinella the 100m freestyle. Imagine that!
Other featured people: