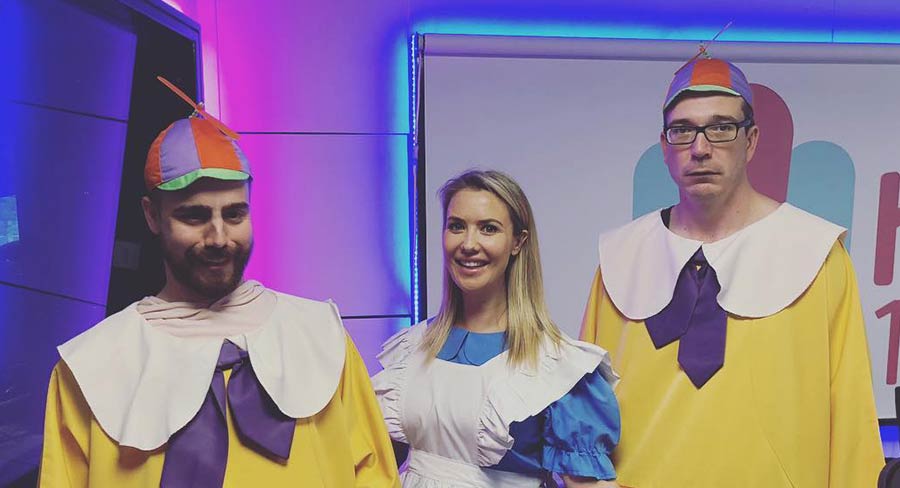 Historically not a lot separates the top and the bottom FM stations in Brisbane. Despite that, it has usually been a two-horse race between Nova 106.9 and 97.3. Matt, Abby and Stav with Tenille

However, Southern Cross Austereo’s Hit 105 has busted up that cosy relationship in survey five, ranking #1 overall and #1 in breakfast.

Since 2016, Hit 105 has out-rated 97.3 just three times and Nova twice, but getting the edge on them in the same survey is very rare indeed.

Key to the success at Hit 105 is breakfast with Stav, Abby and Matt who are firing as a trio after slimming down from four contributors last year with the departure of Osher Günsberg. Hit 105 breakfast delivered a winning share of 13.1% last survey, which is a daypart high at the station, and up from 12.5% in survey four when Hit sat in second spot behind Nova on 12.7%.

“It is so nice to see Hit 105 get another #1. It has worked so hard to get the result. Nova has had a strong grip on Brisbane for many years and we have slowly chipped away at it.

“Even though the stations are close together we are happy to be leading them all 10+ and in breakfast.”

See also:
“We call him our boss just to make him feel good”: Hit 105’s Mathew Eggleston on Brisbane success.
How recent shake-ups in Brisbane radio have helped the SCA station.
Contract renewal: Stav, Abby and Matt locked in for breakfast at Hit 105 until the end of 2020