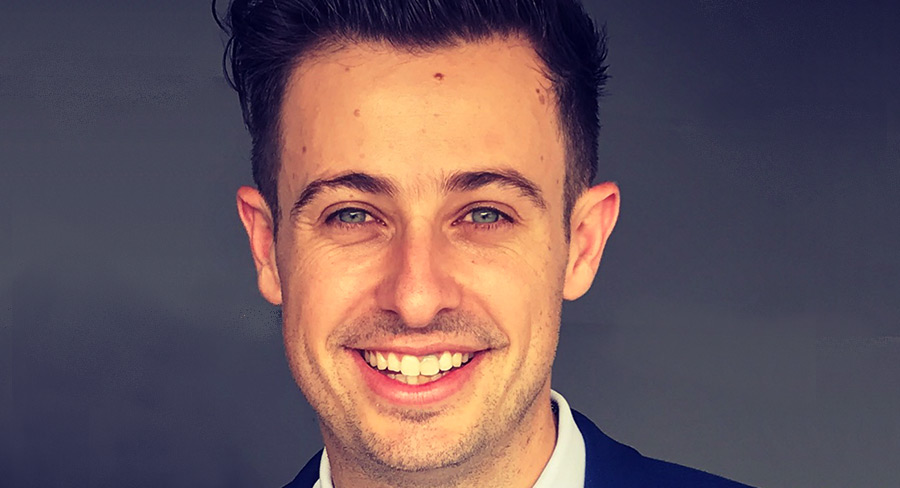 How recent shake-ups in Brisbane radio have helped the SCA station.

Hit 105 content director Mathew Eggleston has been with the Brisbane station for over two years but has spent a decade with owner Southern Cross Austereo in various positions.

He recently joined Hit 105 breakfast presenters Stav Davidson, Abby Coleman and Matty Acton for a chat with Mediaweek. “He is the guy who occasionally gives us feedback,” Acton said as he introduced Eggleston. “We call him our boss just to make him feel good.”

“He wears a badge actually just to remind you,” Coleman added.

This is the first time Eggleston has ever held the content director role. He has done the “lap of the map” in his career so far.

Eggleston got his start in radio at Newcastle’s NEWFM. “I was a Caralis boy,” he said, referring to Bill Caralis, the owner of Super Radio Network, which operates the station. He subsequently joined NXFM (now called Hit 106.9), before moving to Adelaide’s SAFM (rebranded to Hit 107) as music director and announcer. Eggleston has also held these positions at Melbourne’s Fox FM and Sydney’s 2Day FM. He said, “I then came off the air. I was pretty crap at it. They said, ‘You are probably better off behind the scenes.’” [Laughs] Southern Cross Austereo’s The Hit Network skews more towards female listeners than males. In theory, this is also true of Hit 105 in Brisbane, but “we will take anyone who listens to the station”, Eggleston said. “We do content, especially in breakfast, that is appealing to male and female listeners. The show does that really well – it’s broad. So I wouldn’t say the breakfast show targets anyone in particular.”

The presenters and Eggleston used a listener called Merv as an example. “He lives in a retirement home and listens to the show. He started writing poetry for us,” Davidson said.

Coleman said, “I read an article with the editor of Cleo in which she was asked, ‘What’s your demo?’ She said, ‘Readers.’ I thought that was so interesting.”

The advertising market for commercial radio is currently strong in Brisbane due to the competitive landscape.

Eggleston said: “Hit 105 has a great brand name and heritage in the market so there aren’t any commercial pressures. The station is selling extremely well right now too. That’s because of the competitive landscape and the fact that we’ve held the #1 spot two surveys in a row.

“The three guys in the studio here are very commercially aware. They are very good at meeting with clients and getting out there. Some shows don’t like doing that but this show just loves money.”

There is still a lot of uncertainty among radio listeners in the Queensland capital though. “There is so much floating cume in the market. There are still people who aren’t set on which shows are their favourite just yet,” Eggleston said. “That’s why we’ve seen a lot of changes in the ratings this year, especially in breakfast. It’s hard to identify the biggest growth opportunities just yet. In one survey you may pick up the 20-30 demo and in the next survey you may pick up the 40 demo but lose the 20-30 market.”

The station has been competitive in Brisbane this year. Its success in the breakfast timeslot has been helped by the arrival of Hughesy and Kate in drive.