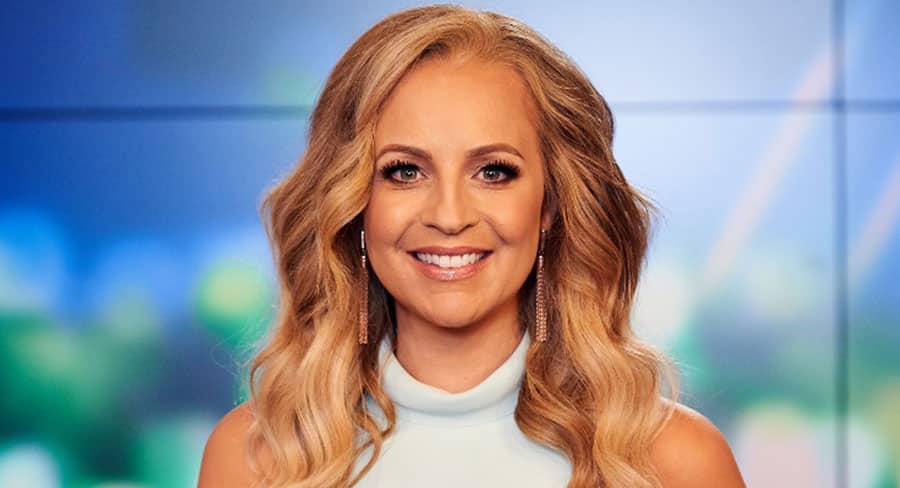 “Everyone can feel how they want to about it”

Mediaweek has managed to stretch out our Carrie Bickmore interview to a third part in celebration of her return to The Project this week.

We originally spoke with Bickmore shortly after she returned from the Gold Coast where she accepted the TV Week Logie for The Project as the Most Popular Panel Or Current Affairs show.

The day we spoke was day two of the furore that blew up around Gold Logie winner Tom Gleeson. Some accused him of fighting dirty, of killing the Logies, while others said the awards were already dead.

Carrie Bickmore is well-connected to the Tom Gleeson camp. Bickmore’s partner is TV producer Chris Walker. He is an executive producer at the wildly successful Kevin Whyte TV production company Thinkative Television and he is the EP for both of Tom Gleeson’s current TV programs – The Weekly with Charlie Pickering and Hard Quiz.

Bickmore was a guest on one of the episodes of The Weekly earlier this year.

When Mediaweek asked Bickmore how she felt about Gleeson’s win and his campaign for Gold she said:

“You are never going to get Tom Gleeson up for a Gold Logie and see him act the way like I might or Amanda Keller might. He would be humbled by it, but he’s a comedian and he’s got to find the comedy in things.”

Bickmore said it was quite uncomfortable having to campaign for yourself. “For a comedian, Tom has said, ‘How can I make this funny.’ He’d probably admit if he had his time again he might do his speech a little differently. But I am not surprised what he chose to do with his campaign.”

Bickmore is not about to lecture people though how they should feel about Gleeson’s campaign tactics.

“Everyone can feel how they want to about it. When you think about comedy, some people find some comedy highly offensive, while for others it doesn’t worry them at all. It is such an individual thing.”

See also:
Carrie Bickmore not about to quit The Project: “This job is perfect”

Carrie Bickmore said no to breakfast radio, but yes to early drive show