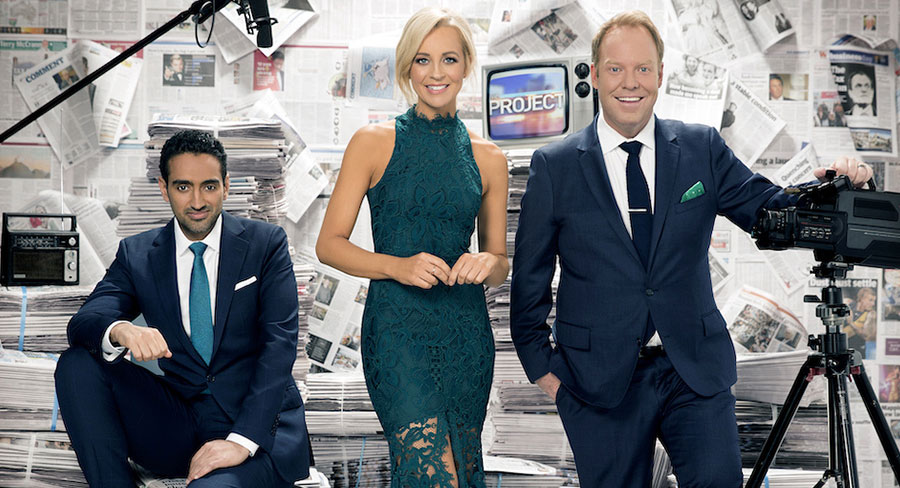 • Despite options and challenges, Bickmore staying with TV family

After a longer-than-expected maternity leave, the sole remaining original host of The Project returns to the show this week.

Like Dave Hughes and Charlie Pickering before her, Carrie Bickmore has thought about ending her time on the show too, but as she explained to Mediaweek:

“I have loved The Project from day one and I genuinely feel like I have one of the best jobs in TV. I love news and I have always worked in the comedy space even though I am not a comedian. I just love laughing with and at people and I love a chat. This job is perfect.”

Bickmore said the only way she would leave the show would be if it became untenable for family reasons. “Every time my contract has rolled around for any of my jobs I sit back and ask myself how it is fitting in with my life. I have done that my whole career. 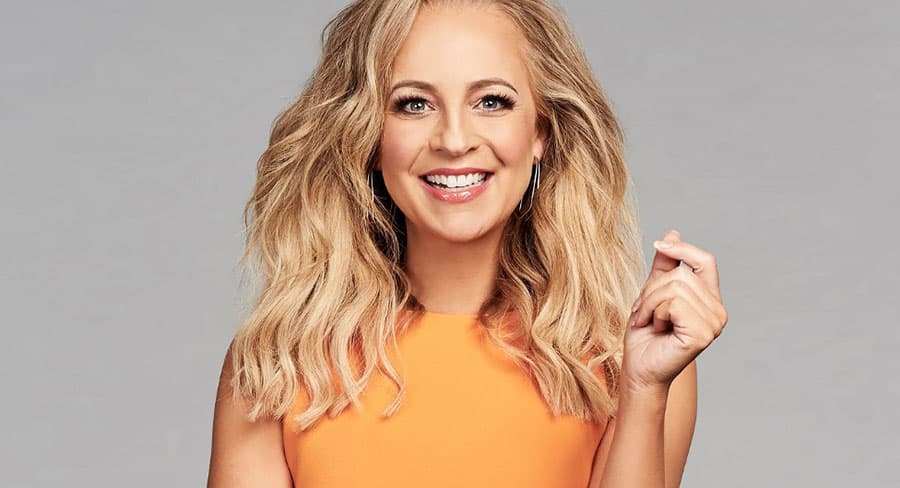 “To be honest I thought three kids might have been a little easier than it has been. I remember people telling me going from two to three was easy, but it has been really challenging and that is why I have taken longer and not rushed back.

“I want to get back to the desk and see how it goes with the family. But because I have been away for so long I am chomping at the bit to get back.”

Bickmore has attracted other job offers.

“Throughout my whole career I have constantly had lovely people saying to me if you are ever interested in doing other things there is something we would love to do with you.

“It’s lovely to think there are other opportunities, but right now I’m happy doing what I’m doing.”

The show reaches a key demo attractive to advertisers, and it continues to win awards. The Project added to its trophy cabinet a week ago with another Logie win.

“It was a nice little surprise and we certainly weren’t expecting it,” said Bickmore who collected the Most Popular Panel or Current Affairs Program award at the Logies on the Gold Coast.

Bickmore and co-host Waleed Aly have both won Logie Gold and Silver, and the show has won multiple times too.

After a significant time off caring for her bigger family, Bickmore confided she is “a bit worried” about her daily schedule.

“The first few weeks might be a bit of blur managing it all. It should look like what I was doing before I left.

“Ideally I would be in about 11.30am and home about 8.30pm. I’m not sure if it’s going to be easy or hard to adjust, having to leave my six-month-old daughter. I am going to make it work.”

For her initial weeks, Bickmore will be doing three days a week on air at The Project and then building extra days in when she feels comfortable. “That’s what I did when I had my daughter Evie, but Adelaide was quite challenging at the start so there was no chance for me to come back. It ended up being eight months, which was never planned from the outset.

“10 have been very good about it, let me keep my options open.”

While Bickmore missed working with The Project family every day, she got to see plenty of them including regular catch-ups with Pete Helliar and Aly.

“I feel very fortunate that I get to sit on The Project desk with genuine friends. I couldn’t do this job if I had to sit next to people whose company I didn’t enjoy. Doing live TV you need to have a lot of trust in the people you work with. And I certainly trust all of them.”

As a viewer, Bickmore said it was very different watching The Project while she was away compared to being on it. “It’s really quite helpful watching the show because you realise what it is like for our audience. At that time of night I can be juggling one baby and dealing with the other kids wanting things.

“Many people who watch are not sitting in a quiet room by themselves, they can be in the kitchen. I understand much better why executive producer Craig Campbell is obsessed about the graphics and the explainers on the screen.

When it comes to career management, Bickmore is one of the star attractions at Aran Michael Management, also the home of Adam Zwar, Daniel Macpherson, Dr Chris Brown, Margot Robbie and many more.

This week in Mediaweek – Festival of Carrie:

Tuesday: Bickmore on her Hit Network radio show – broadcasting from “the cupboard”
Wednesday: The latest TV controversy and why it is OK to feel the way you do