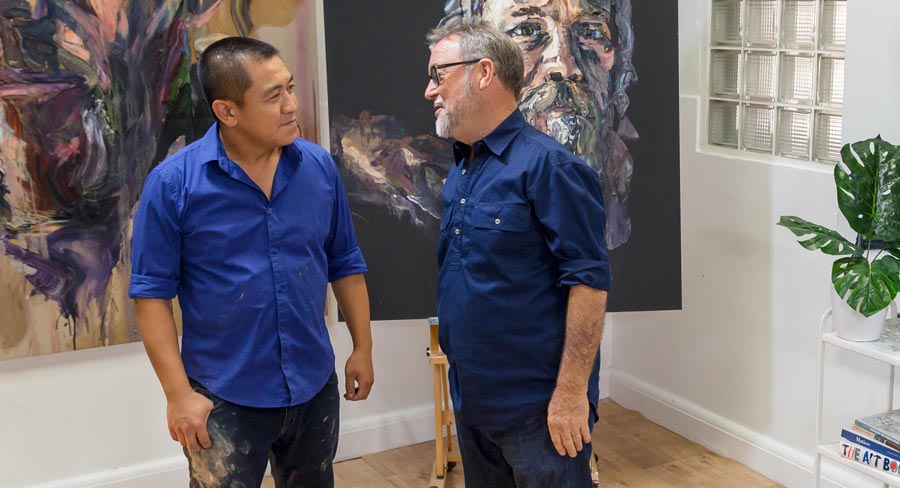 With the benefit of hindsight, The Single Wives looked more like a 9pm production and it subsequently attracted 9pm ratings in the 7.30pm slot – 375,000.

The channel had its lowest Wednesday share of the year and one of its smallest shares on any night. (However, it still wasn’t far away from a combined channel commercial share of 40%.)

Things didn’t get any better with episodes of the US sitcom Modern Family following with 318,000 and then 301,000.

A Current Affair was close to 800,000 with the show starting with mothers bringing up children on vegan diets.

It was BGT night then with two instalments of Britain’s Got Talent – the first ep did 416,000 across four markets (no Perth) followed by Britain’s Got More Talent on 206,000.

Music artists featured in the back half of The Project last night from musical minnows like Ruby Tuesday through to music monsters like Shawn Mendes, who was talking with Dave Thornton. The 7pm half of the program did 515,000 after audiences of 586,000 Monday and 506,000 Tuesday.

MasterChef featured a group challenge that would see one of the remaining six escape the pressure test tonight, thereby getting safe passage to finals week. Not surprisingly, the winner was Sashi, with 863,000 watching after 747,000 tuned in last week against Origin 3. Comedy hot property Hannah Gadsby featured again last night in another TV interview with a Token Artists colleague – this time Charlie Pickering on The Weekly. And like Peter Helliar did on Tuesday night, an extended interview was available elsewhere – this time the extended Charlie chat was on iview. The Weekly also featured Millsy talking to Tom Gleeson and a special Brush With Fame tribute that featured a naked Tom Gleeson. The audience was 663,000, which got the episode into the top 10.

Earlier in the night the return of Anh’s Brush With Fame did 669,000 at 8pm and featured Terri Irwin.

At 9pm You Can’t Ask That featured reality TV stars with 505,000 watching.

Tonightly with Tom Ballard did 127,000 on its primary channel outing after 10pm.