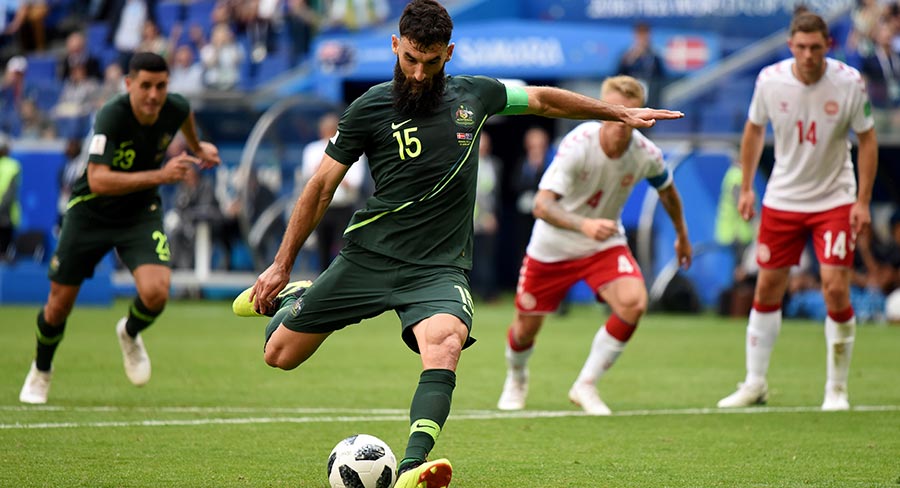 ‘The past four weeks have truly showcased SBS as Australia’s spiritual home of football.’

SBS has released its ratings figures for the 2018 FIFA World Cup Final between France and Croatia in Moscow.

SBS Director of Sport Ken Shipp said: “SBS has been the home of the World Cup for 32 years, and we’re incredibly proud to have delivered Australian audiences another month of elite football with expert analysis from SBS’s renowned team of on-air talent.

“Our expertise in broadcasting international sport of this calibre to Australians is unparalleled, and we’re pleased that audiences have responded so positively to our extensive multiplatform offering this year with an extraordinary 7.8 million live streams across digital and radio, and our coverage reaching a massive 9.1 million Australians on television. “I must acknowledge the outstanding efforts of our team at SBS here in Australia and on the ground in Russia, including hosts Lucy Zelić and Craig Foster, in delivering four weeks of world class football coverage as part of what is arguably one of the great feats in sports broadcasting.”

Outgoing SBS CEO and Managing Director Michael Ebeid said: “The FIFA World Cup is a wonderful example of the inclusive ability of sport to unite diverse communities and we’re thrilled that so many Australians tuned in to SBS’s trusted coverage of the 2018 tournament in Russia.

“The past four weeks have truly showcased SBS as Australia’s spiritual home of football and we are proud to have brought Australians the most comprehensive multiplatform coverage of any sporting event we’ve delivered to date across television, radio and digital platforms.”

Football continues on SBS in the coming weeks and months with Chelsea in Perth live from 9pm AEST on Monday 23 July followed by the return of Premier League on August 11.

SBS also detailed its cross-platform numbers for the 2018 World Cup:

The most popular match on television was France v Australia, which saw the Socceroos defeated by the eventual tournament champions 2-1, on Saturday June 16 at 8pm, which reached 3.4 million (Metro + Reg) Australians with an average of 2.2 million viewers (1.7 million Metro + 488,000 Reg) and a peak minute of 2.7 million (Metro + Reg).

SBS live streamed a total of 55 FIFA World Cup matches through SBS On Demand, The World Game online, and the official 2018 FIFA World Cup app. There were 3.6 million total live streams of matches across those platforms. The most popular match for streaming was the Denmark v Australia 1-1 draw on Thursday June 21 at midnight with 280,000 live streams.

On The World Game’s 2018 FIFA World Cup website, a massive 4.2 million unique browsers drove over 38 million page views throughout the month of competition.

Through an innovative partnership with Twitter, SBS presented an exclusive live highlights show each match day, #WorldGameLIVE, hosted by Lucy Zelić and Craig Foster from the studio in Red Square. The live show was a rousing success with a total of 1.5 million views across 23 live shows on Twitter.