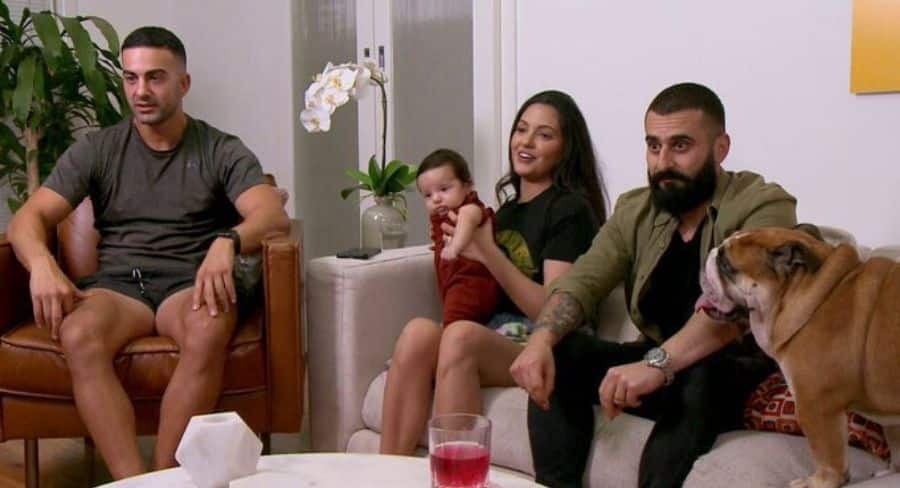 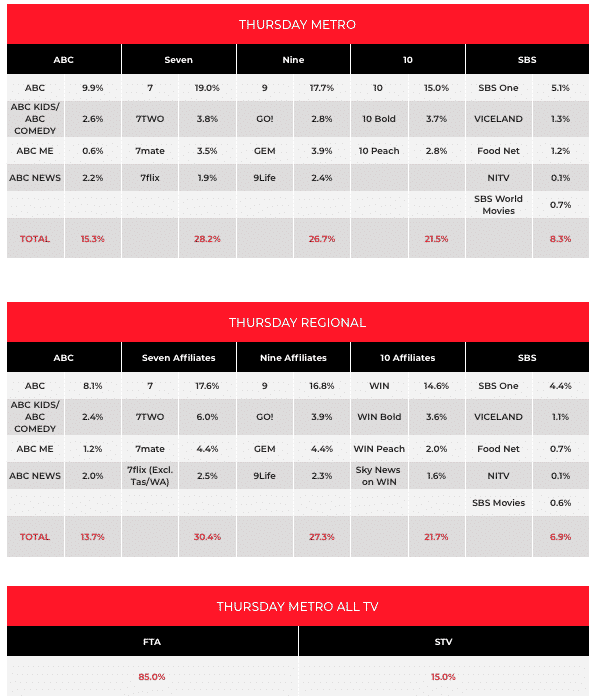 Seven has managed to win its first night of week 9 and push its primary share close to 20%. Seven also had the biggest combined channel share. Driving the Seven result and helping lift share week-on-week and in the timeslot was the launch of Pooch Perfect. The show received a mixed reception from critics. Host Rebel Wilson said at the start of the episode “at last a show about dog grooming” and many of the potential audience agreed. The episode did 624,000 to win its timeslot. It outperformed any episodes of My Kitchen Rules this week, although the Pooches weren’t competing against MAFS.

With no MAFS in the schedule, Nine’s Thursday can’t match the performance for the rest of the week.

The return of Gogglebox gave 10 its best primary share since mid-January. The show ranked #1 in key demos last night, won its timeslot and was #1 non-news on Thursday.

Earlier in the night The Project dipped below 400,000 after 7pm.

The ABC’s best after News and 7.30was a QI repeat on 233,000. Doctor Who did 221,000 at 8pm as the channel’s share dipped into single figures for the third time this month. Two of those nights were Thursdays. 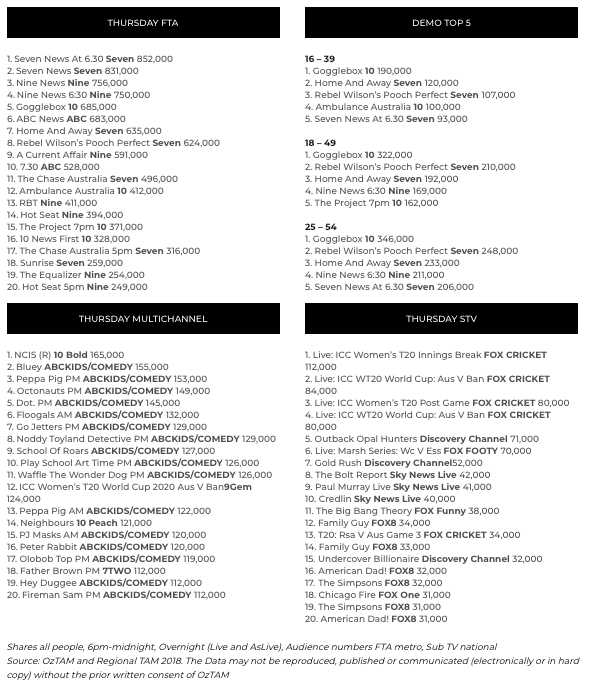