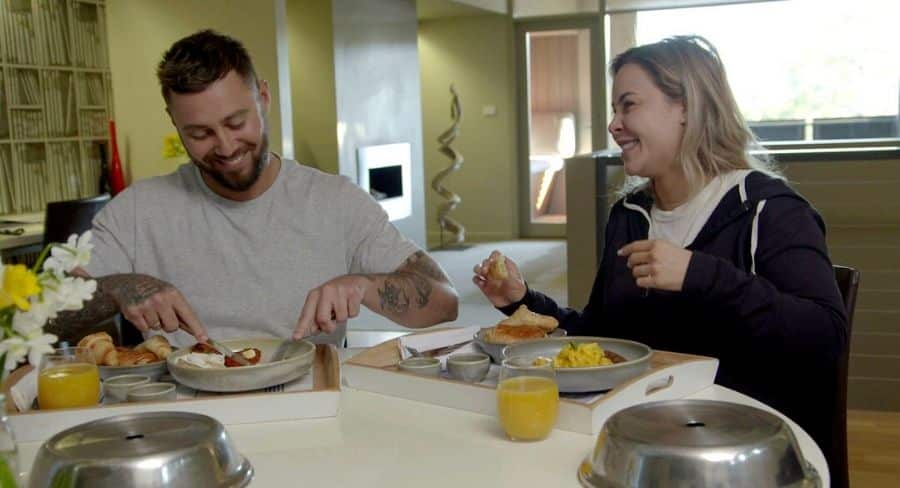 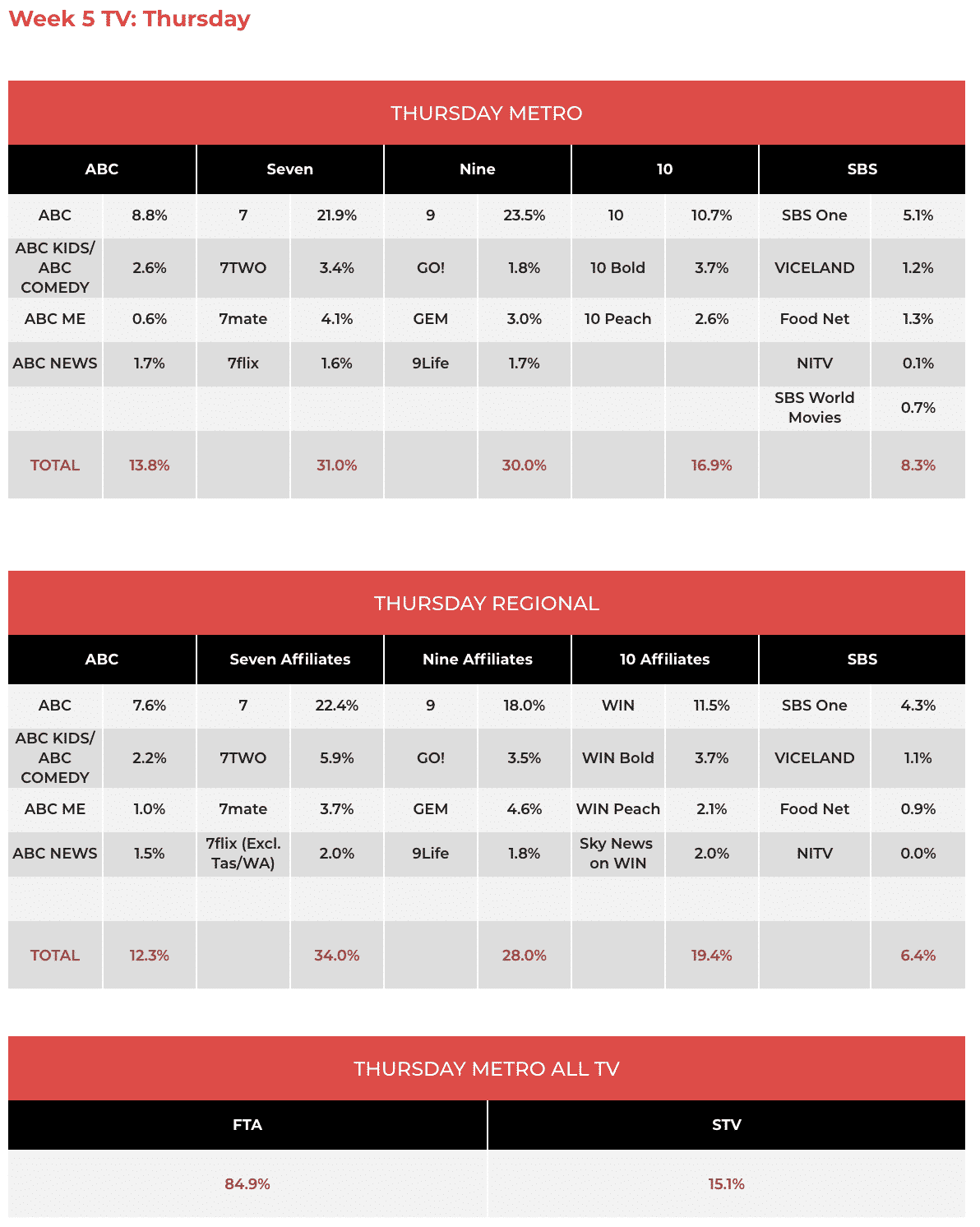 The fourth night of Married At First Sight has kept Nine on the wedding march as viewers got to see some of the couples on honeymoon. The Thursday episode was just shy of 1m metro – just 8,000 short in what has been a remarkable launch week for the program.

Check our separate MAFS recap/ratings feature each day for updated numbers for the format this year.

Seven had its best share of the week and only its first share over 20% since January 4. Seven ranked #1 primary in Melbourne, Adelaide and Perth and it was #1 in combined channel share across the metro markets. The Big Bash League saw the Melbourne Stars make it through to another BBL Grand Final. Seven and fans will be hoping somehow the rains will stop for a few hours on the weekend for the match… The Challenger final saw metro audiences of 467,000 for the first session and then 529,000 for the second.

Seven has a massive day of cricket on Saturday with three matches back-to-back from 12 noon: Women’s T20 Australia v India, Bushfire Charity Match with teams led by Warnie and Ponting facing off and then the Big Bash League final in the evening.

10 has to wait a week until Gogglebox turns up in the schedule which should ensure it doesn’t have another Thursday share like this for at least 10 weeks.

Ambulance Australia had to do the heavy lifting last night against MAFS and the Big Bash League. The return of the ob doc did 424,000. That wasn’t terrible for a show that is not a major franchise, but it wasn’t competitive.

Earlier in the night The Project did 446,000 which made it 10’s #1 and it included a preview of Ambulance Australia and an interview with Julie Bishop.

A repeat of the Chester episode of Britain’s Most Historic Towns performed best for SBS with 221,000.

The Little Drummer Girl mini-series then had its FTA premiere with 152,000 watching for two hours after 8.30pm. 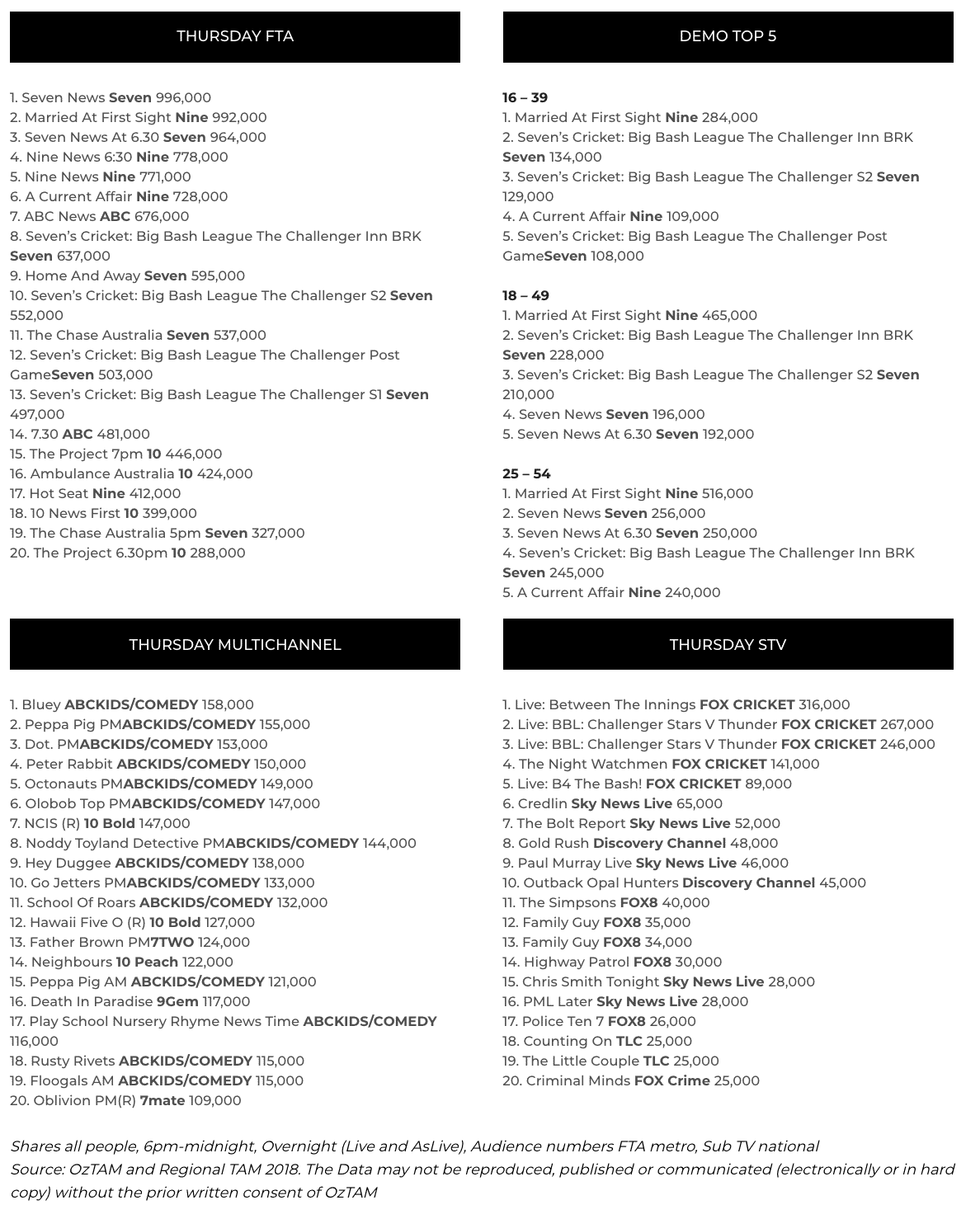