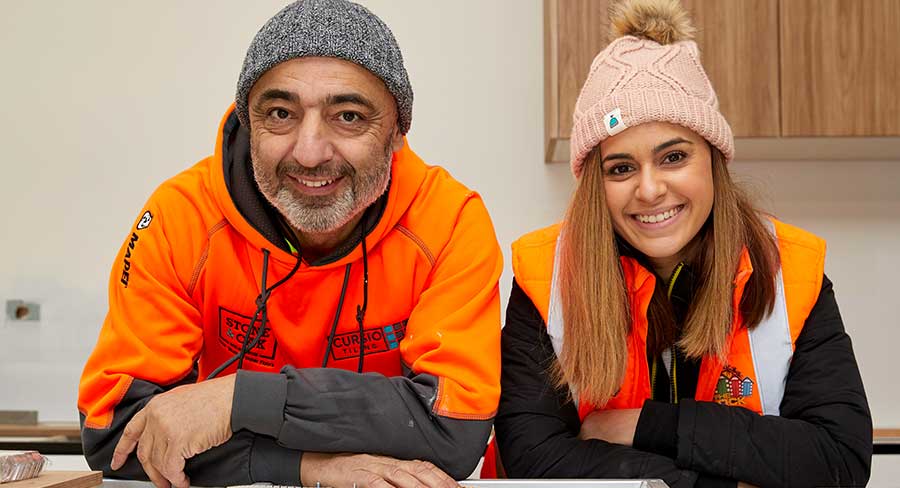 • 10 in second spot as Lindy Chamberlain doco finds a crowd

• Kitchen week always a fave on The Block, keeps Nine #1
• 10 in second spot as Lindy Chamberlain doco finds a crowd Back-to-back semi-final episodes of America’s Got Talent followed filling close to three hours of primetime. The audiences were 226,000 and 160,000.

Nine: A Current Affair started a new week with Leila McKinnon hosting with Chris Allan updating the court appearance of three girls who travelled from Brisbane to Melbourne and back again several months ago to much media attention. The episode was on 755,000 after an average of 689,000 last week.

The Block was head-first into kitchen week with major construction underway and pressure mounting on some of the tradies. The episode was on 837,000 after 887,000 last Monday. Shaynna Blaze is making a special Tuesday appearance this week with some advice for one couple.

Celebrity IOU featured the first of two episodes about Jeremy Renner calling on Drew and Jonathan to transform his mother’s dated condo with 298,000 watching.

10: The Project featured an interview with legendary Aussie author Paul Jennings. The 7pm audience was 546,000 after an average of 467,000 last week.

Part two of Lindy Chamberlain: The True Story continued her incredible story. After 365,000 on Sunday, the final episode of the two-part documentary surged to 549,000. For people who stuck with the program there many fascinating interviews and lots of home video featuring the Chamberlains and friends. The interviews with the three children, separately and together, were also a highlight.

Guest contestants on Have You Been Paying Attention? were Hamish Blake, Hayley Sproull and Anne Edmonds. It has been four years since Blake’s last appearance on the show, but he was back for episode 201. After 578,000 for last week’s anniversary, the episode last night was on an improved 636,000.

10‘s Drunk History Rhys Darby and Stephen Curry were recalling the stories of Ned Kelly and Pharlap for 241,000.

ABC: Leigh Sales had an interview with David Attenborough on 7.30 with 590,000 watching.

A fascinating episode of Australian Story featured farmer Charles Massy and his revolutionary regenerative farming technique that protects land from the ravages of nature. The show made the top 10 with 639,000 after 574,000 last week.

An audience of 531,000 watched a Four Corners episode tracking the financial fallout from Covid closures and restrictions. 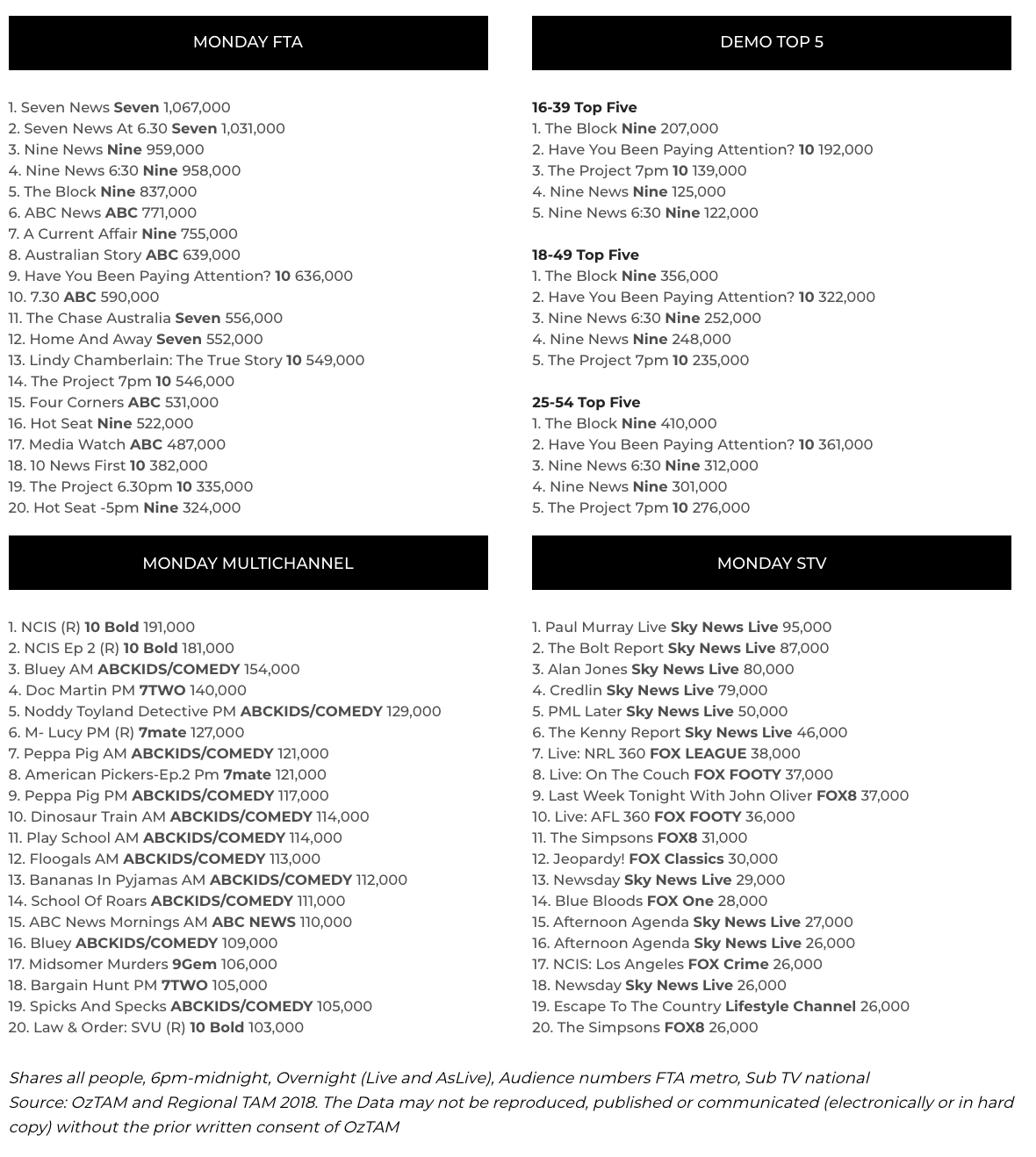