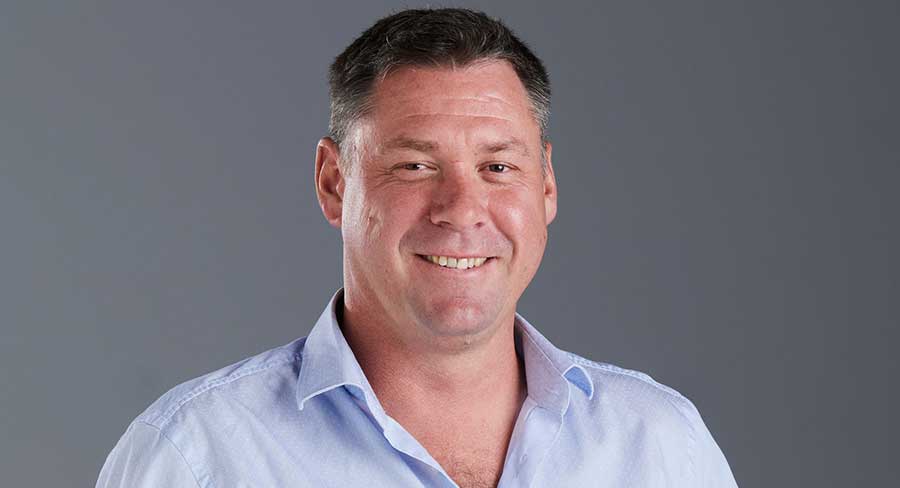 The CEO of what was Bauer Media Australia, Brendon Hill, yesterday revealed the new name of the company as Are Media. Initially a bit of a surprise, it starts to make sense when the private equity-owned business starts to use the name in marketing slogans: We Are Women, We Are Lifestyle etc.

“It is great to have a fresh start with a positive beginning which is a big thing for us,” Hill told Mediaweek shortly after the brand reveal. “We had a huge internal project that had a steering team working all the way through.

“We started with 200 names and then got it down to 15 and then down to six. It eventually came down to a final two with the senior leadership team voting on it. It works for us in a number of ways. It sums up what we do really well – great audiences, great reach and really engaging content.”

Hill pointed to the design of the logo, noting things that may not be instantly recognised. “The leaning in of the ‘a’ and ‘e’ signifies attention-grabbing content we create”.

When asked about the involvement of the new owner Mercury Capital in either the operation of Are Media and the rebrand, Hill said: “It is great to be under Australian management and they are involved. We have owners who are willing to invest which is great.”

The Are Media CEO said initially the new brand plan was taken to clients and the ad market. “We wanted to understand what the market wanted from us and also what our weaknesses were. We took away the feedback to help us shape the new brand.”

Hill noted the main thing that helped whittle down the list of possible company names was what was available to register. “It is very tough at present to register a good name and the accompanying URL. There were a lot of clever names we liked that weren’t available, but we are delighted with what we have got. Are Media was a clear winner.” As to speculation in Australia about Hill’s future with the publishing business under new ownership he told Mediaweek: “I am really looking forward to getting this rebrand out and growing the company. There is so much opportunity in both countries for this business which I am delighted to lead.

“The more you look at the combined portfolio of what was Pacific and Bauer you see the strength. In our digital area alone we have the listings and reviews businesses like Beauty Heaven and Beauty Crew, and we have just launched Bounty Rewards, we have diversified revenue streams and there is so much opportunity to invest in those products to grow them.

“The Better Homes and Gardens online shop is going gangbusters at the moment and we have a great opportunity to roll out the e-commerce platform for different brands and verticals.”

Hill and his teams are working toward a November virtual showcase event with further details about plans for the 50 Are Media brands. “We will be presenting a big piece of research at the showcase.”

Although the brands are stable at present, Hill said they are always looking to evolve them.

Demand from advertisers is moving in the right direction. “We are very positive about growth toward the end of the year and next year is already looking better than we originally thought earlier this year. We now virtually have all the big homemaker titles and they have all done very well.”

Despite Are Media controlling both Woman’s Day and New Idea, Hill said they will continue to compete fiercely for readers. “And so they should. There was something of a momentous day a few weeks ago though when the New Idea and Woman’s Day editors had a glass of wine together. Something that would have been unheard of in days gone by.”

Hill: “Covid was a tough period for us and many businesses and in retail it really impacted our travel and transit sales. Otherwise supermarkets and newsagents have been performing incredibly well as has our subscription volume. Before Covid struck our readership had been going up for the previous 18 months.

In the Nielsen digital numbers all our big digital sites are up over 30% year-on-year including Now To Love, Homes To Love and Which Car?”

Hill revealed that the business has been working on expanding its retail partnerships. “We have just done a deal with Australia Post to trial magazines after all the foot traffic increase from people picking up parcels. We have also done a deal with Aldi to sell the kids’ magazine Bluey. It’s the first time Aldi has sold a magazine and hopefully it might be the start of further opportunities with them.”

New Zealand up and running

Are Media has now re-started all six of the New Zealand magazines it planned to – NZ Listener started yesterday and the others already on newsstands are NZ Women’s Weekly (actually a weekly), Air NZ inflight title Kia Ora, Your Home & Garden, Woman’s Day NZ and Australian Women’s Weekly NZ.

As reported recently in Mediaweek former Bauer New Zealand staff led by Sido Kitchin and including former NZ and Australia Bauer boos Paul Dykzeul have started up an opposition business called School Road Publishing. “That’s fantastic for the industry,” Hill told Mediaweek. “It will be great to have more magazines in the market and we are looking forward to seeing what they are like at launch.”