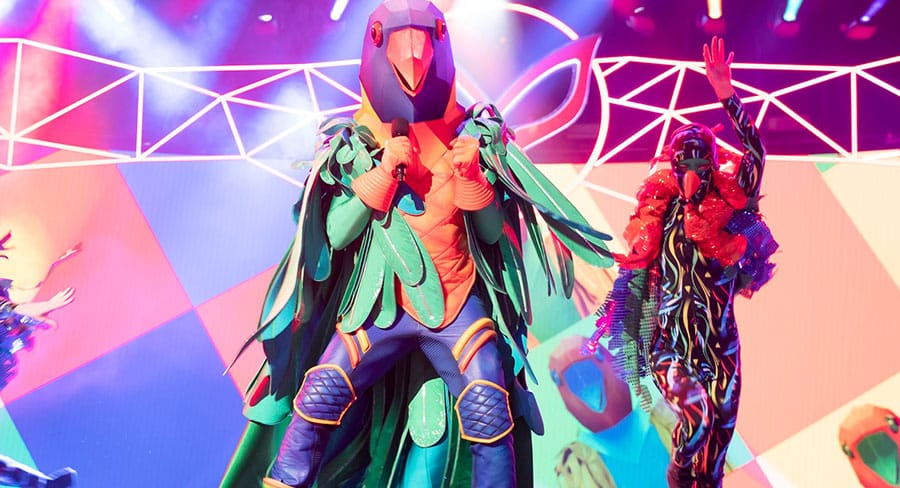 • The Block again sitting in second place, but Nine #1 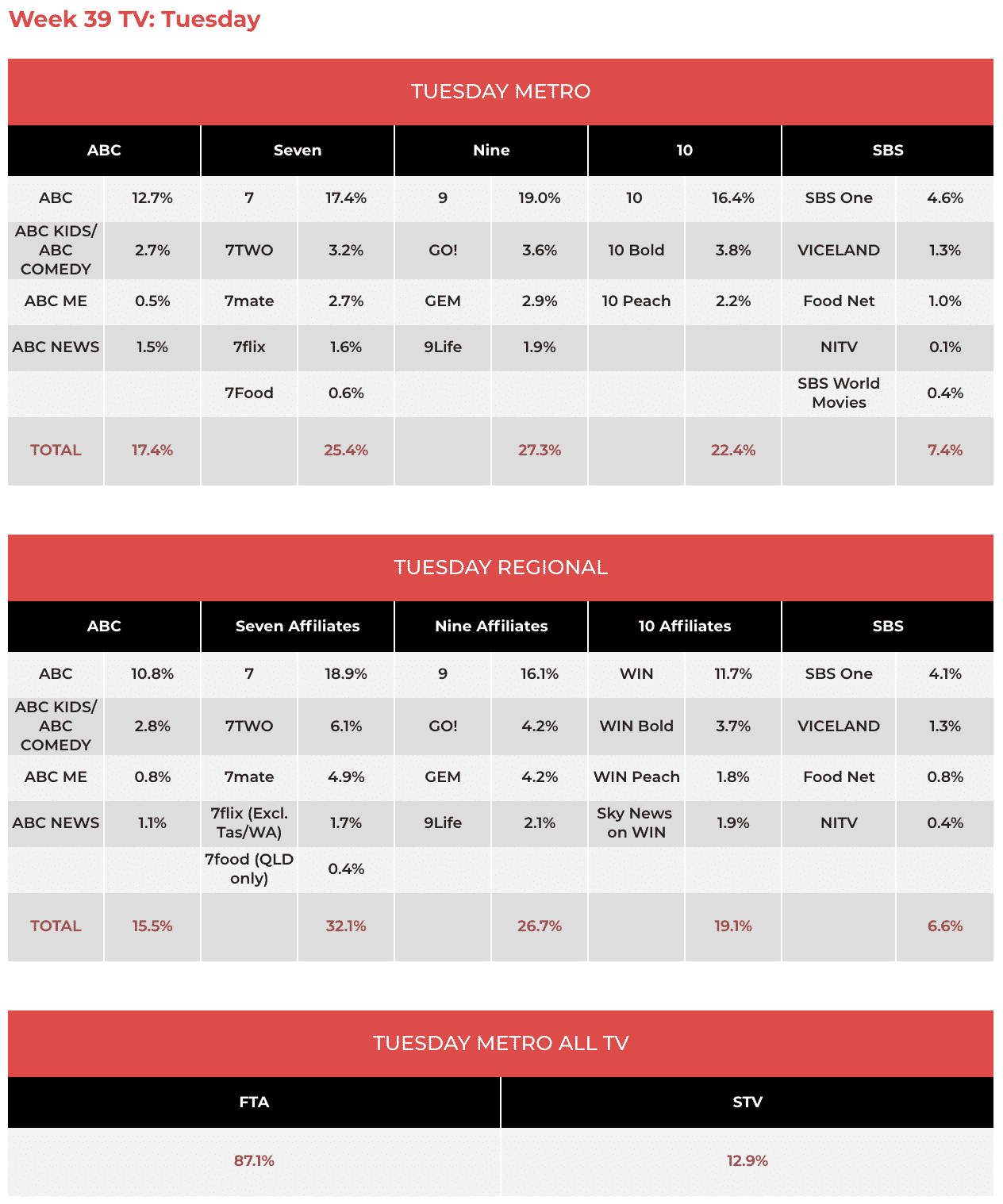 Seven must have research that indicates viewers want to see dogs on TV. So far though the audiences haven’t engaged big time with what’s been on offer. And last night as the channel delivered Counting Down Australia’s Top Dog, the audience watching was 420,000, which ranked it fourth in the timeslot.

A tribute to one of the biggest movie stars at the end of the twentieth century – I Am Patrick Swayze – then did 300,000. The special comes ahead of the launch of The Real Dirty Dancing.

After a third place finish Monday night, Nine bounced back with share climbing from 16.8% to 19.0% night-on-night, enough to claim a victory. Nine also took top spot with combined channel share.

A Current Affair was on the road with over enthusiastic car enthusiasts with 759,000 watching after 804,000 on Monday.

The Block promised much to stop viewers from taking a peak at The Masked Singer. It worked to a degree. An episode dubbed The Block: Real Crime Stories promised to lift the lid on a number of scandals. The joke bar was set pretty low with a fart gag early on in the episode. Scotty Cam could have been talking about the humour when he said last night: “We hit the halfway mark last week and it has been all downhill from there.” The host then had the news 100 potential buyers would be visiting the property for a sneak peak. That was a surprising update for some of the teams with some rooms full of rubbish. The episode was on 816,000 after 857,000 a week ago.

The final episode of SeaChange then did 426,000 after 495,000 a week prior. There was no voiceover for viewers at the end telling them the series would return with new episodes next year.

Nine then split its primary channel signal with Sydney and Brisbane getting 20 To One (100,000) while other metro markets got the final episode of the year of Footy Classified (143,000 with 96,000 in Melbourne).

No surprise that The Project was all in on The Masked Singer again. The star of the Monday night entertainment premiere, Gretel Killeen, was a guest on the desk for the whole show. At the end of the hour she had some insights into what happens to a contestant during the production. She also managed to give away the news all performers return for a reunion on the final episode. The Tuesday night episode did 526,000 after 527,000 on Monday.

After an astonishing 1.162m viewers on Monday night, episode two of The Masked Singer did an equally impressive 1,054,000. Brett Lee was the celebrity reveal at the end of the episode. Hughesy continues to deliver the wildest guesses while Jackie and Dannii were closest with thinking the celebrity might be Shane Warne.

The short season of BH90210 launched with the original cast having some great fun with their characters in an episode dedicated to Luke Perry. The episode did 468,000 as it outperformed the SeaChange final and ranking #1 in the timeslot under 50 and key demos.

One of the channel’s biggest hits this year, Old People’s Home for 4 Year Olds, came to an end with a top 10 finish with 664,000 watching which saw it rank #1 all people in the timeslot.

Britain’s Most Historic Towns was the channel’s #1 with 219,000 a week ago. It might hold that ranking this week too with 200,000 watching an episode visiting Bristol.

Insight was not far behind though on 194,000 with an episode about the cost and worth of private health care. 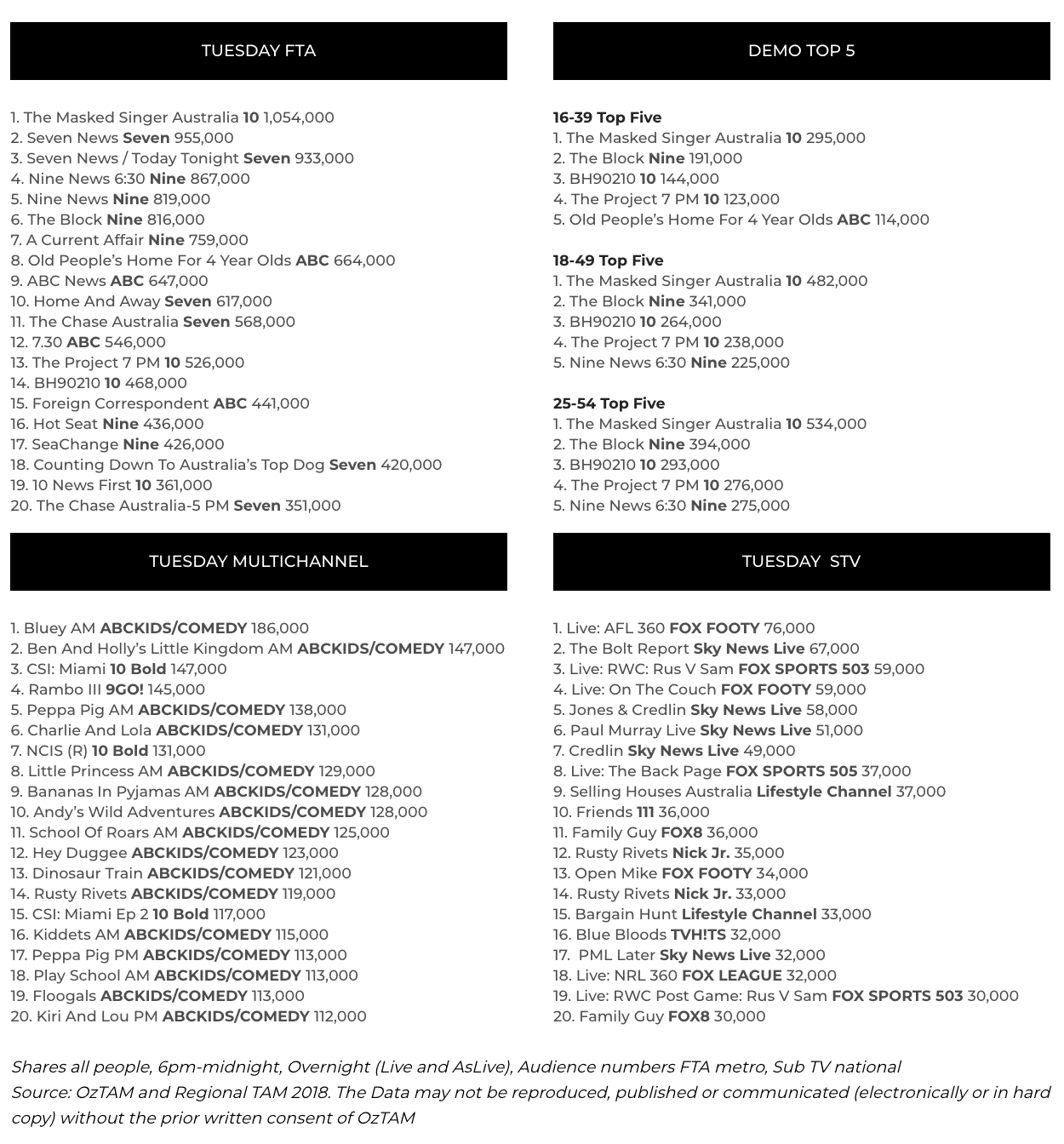