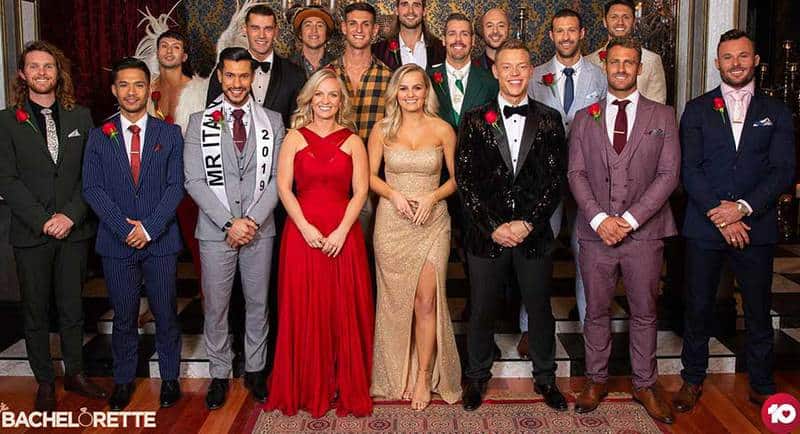 • Mad as Hell wraps second season with 500k and The Ramones 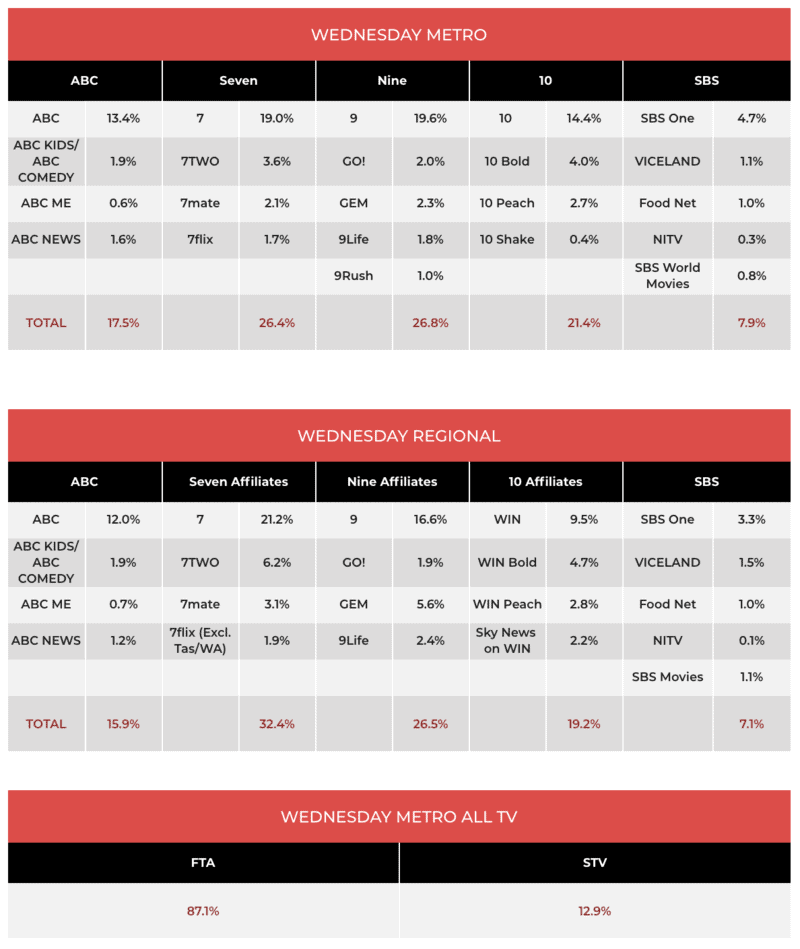 On The Block hosts Scott and Shelley were visiting the houses checking on progress as decorating the living/dining rooms was underway. It was also Jasmine’s birthday with an audience of 744,000 helping her celebrate. After cracking 1m on Sunday and then 760,000 and 800,000 on the following nights, Wednesday was down to 744,000 after 829,000 a week ago.

Australian Crime Stories featured the unsolved murder of Sydney designer Florence Broadhurst with 358,000 watching, up from 312,000 a week ago.

Footy Classified was on 142,000 in its late-night midweek slot.

10: The Project started with Carrie Bickmore playing a teenager on TikTok as the budget impact was reviewed. Later in the episode Davey Lane from You Am I talked guitar solos and Eddie Van Halen with co-host and guitarist Waleed Aly. The audience of 497,000 was also saw Elly and Becky from The Bachelorette.

The Bachelorette launched with the pressure of returning a 7.30pm audience to the network. It worked with 628,000 watching sisters looking for love.

Network 10 head of programming Daniel Monaghan said this morning: “Elly and Becky Miles’ unique and compelling journey has clearly struck a chord with Australians. We are delighted with the response to the start of the new season of The Bachelorette Australia. It is going to be a fantastic adventure, with double the dates, double the fun and double the romance as Elly and Becky search to find their one true love – make that, their one true loves.”

Performance highlights as detailed by 10:

The dating format set a few records it didn’t want either including the smallest launch TV audience ever for The Bachelor franchise or its major spin-off in Australia.

ABC: Prime Minister Scott Morrison ended 7.30 with 561,000 watching and he couldn’t resist a puzzled grin when Leigh Sales asked if he would level with the truth to the Australian people about Covid-19.

Special subjects on Hard Quiz ranged from Prince Charles to Kill Bill with 643,000 watching after 704,000 a week ago.

On the final Mad as Hell for the year finance department spokesperson Darius Horsham met his doppelganger, soon-to-depart finance minister Mathias Cormann. ABC parodies included host Sean Micallef getting the real Ita Buttrose to sign off on the show’s content last night, an episode of Way Back In Time for Dinner, Drum hosts Ellen Fanning and Julia Baird and Midsomer Nuclear Holocausts. The series ended with a song, a message of hope, a version of The Ramones’ Pet Sematary. The audience was close to 550,000 after 577,000 last week.

The Utopia repeat then had multiple government departments making things difficult with 354,000 watching.

Planet America had plenty to talk about, yet again, as the hosts tried to make sense of the President’s weekend visit to hospital. The ABC audience climbed to 401,000 after 429,000 last week.

SBS: Walking Britain’s Roman Roads was a fascinating journey across southern England which featured a Roman fancy dress party for the audience of 230,000. 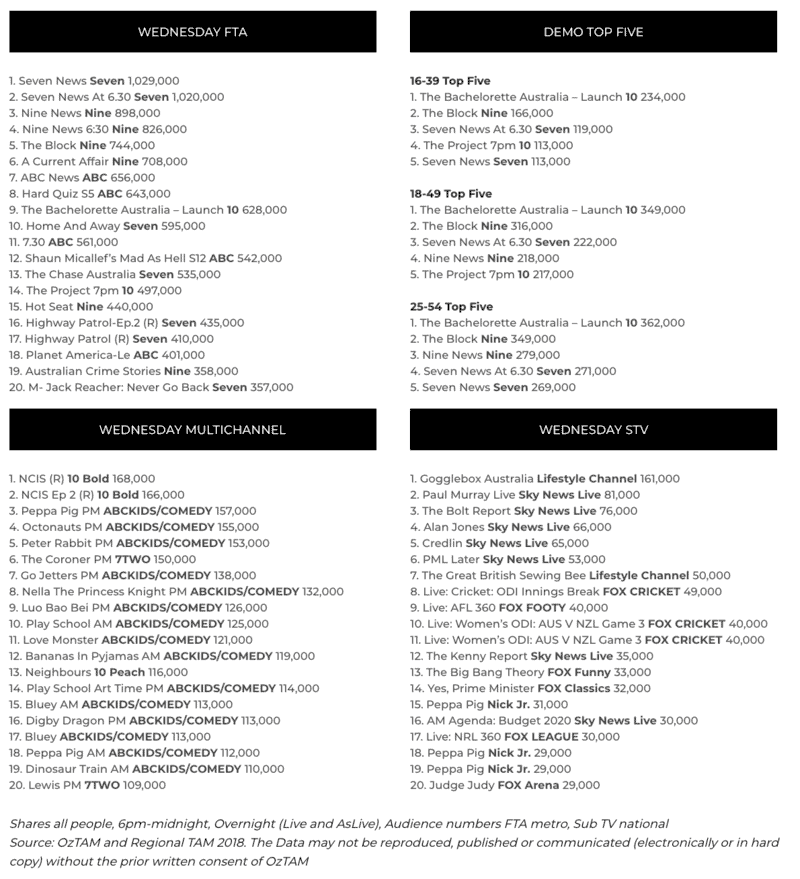