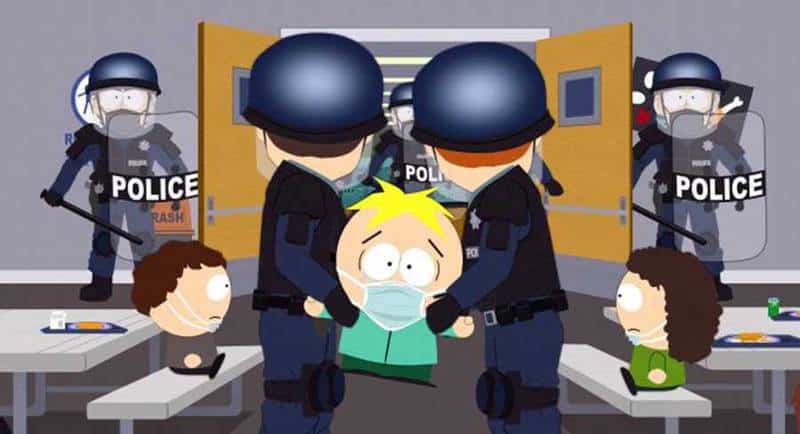 South Park is #1 on the Overall TV chart in Australia after the release of its one-hour Pandemic Special which had the show’s best TV ratings in seven years in the US. The special episode originally aired on September 30 and can be watched in Australia on 10 Play.

The show’s 308th episode is also the first time in the show’s history that it did not air on SBS, instead of airing on the new multichannel 10 Shake. The episode skewered Disney, Donald Trump and cops on its way to surging ahead on Overall TV charts.

On the Digital Original charts, The Boys and The Mandalorian continue to dominate in both Australia and New Zealand as they maintain the top two spots, with The Boys also being #1 on the Overall TV chart in NZ.

Outside of these two shows, Netflix continues to dominate the middle portions of the Digital Original chart with five entries in Australia and six entries in NZ making the top 10. 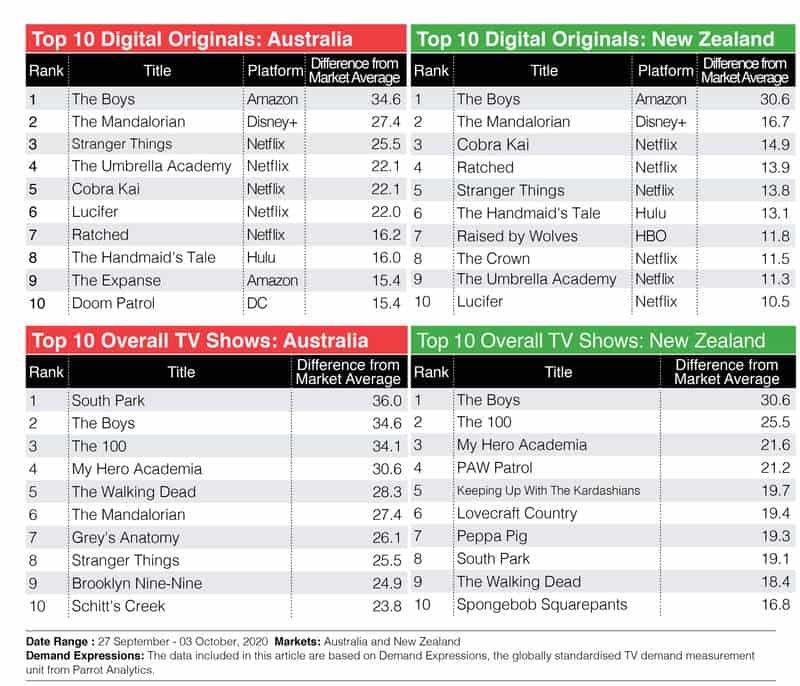