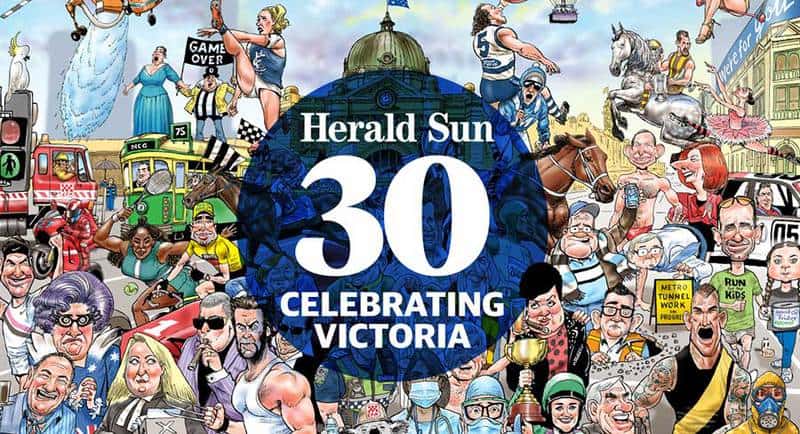 • The Herald Sun’s “30 Words” campaign features love letters in 30 Words to the city and state.

Victoria’s most read print and digital news brand will mark its 30-year publishing milestone by unveiling a 30-day multi-platform campaign that aims to inspire readers despite Melbourne’s harsh Coronavirus lockdown.

The Herald Sun’s “30 Words” campaign features love letters in 30 Words to the city and state. The 30 Words will be brought to life via editorial, marketing and PR coverage across print, online, social and outdoor for 30 days from October 8. 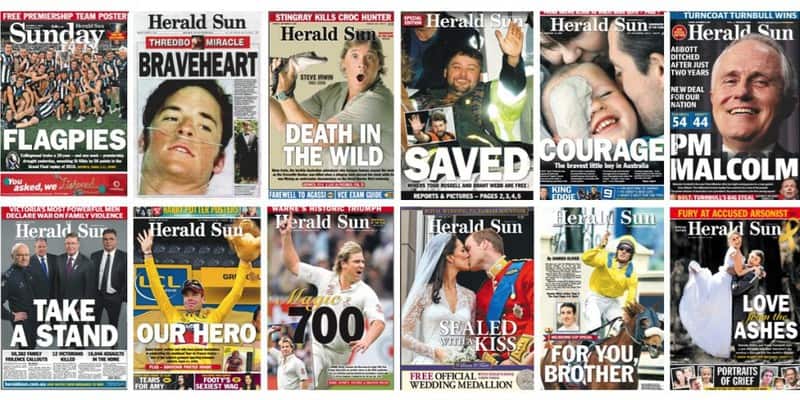 “The use of the digital billboards at landmark CBD locations for launch week reflects the newspaper sellers on street corners of yesteryear,” said Herald & Weekly Times chairman Penny Fowler.

Fowler said 2020 was unlike any other year in the brand’s 30-year history, and the campaign to mark the anniversary would also be unique.

“This year has highlighted how Victorians have found a strength in unity, hardened by testing times and fuelled by the inspirational among us, and we wanted to build on that momentum,” she said.

“We intend to deliver 30 days of optimistic, upbeat and inspiring coverage that continues to unite our audience in tough times. Since the early days of the Good Friday Appeal, to multiple editorial campaigns championing important causes, we’ve always been there for Victorians, connecting our community when it counts.

“This campaign brings the brand’s promise of ‘We’re for You’ to life at a time when residents remain effectively housebound.”

Rupert Murdoch paid tribute to the brand: “The Herald Sun is going from strength to strength as it celebrates 30 years of agenda-setting journalism and campaigning on behalf of its community. [It is] the voice of Melbourne and Victoria, and this powerful connection with its audience in print and digital ensures Australia’s largest-selling newspaper has a bright future ahead.”

Editor Sam Weir said the Herald Sun had achieved a publishing milestone during lockdown, bursting through the 100,000 subscriber mark in May and since growing almost 20 percent to 118,000 paid digital subscribers. The Herald Sun now has a monthly Victorian print and digital audience of 2.9 million.

“Our growing audience is always vocal. Our 30th anniversary campaign – created in partnership with QMS Media – will highlight that while the city might be silent, its biggest fans cannot be silenced,” he said.

“Thirty years ago the Herald Sun was sold on the street corners of Melbourne’s CBD – we wanted to return to these city streets to again provide a platform for multiple voices to be heard.

“We are inviting readers to submit their own contributions at heraldsun.com.au. A selection will be displayed in print and online over the next 30 days and on the QMS billboard located on the corner of Flinders St and Elizabeth St for a week from the final day of the campaign, in an effort to help draw crowds back into the CBD.”

Also in today’s paper, a sketch by resident cartoonist Mark Knight showcases some of the state’s most recognisable faces. Knight joined the paper in 1987 and was on hand when the first edition of the Herald Sun hit the state’s streets on October 8, 1990 following the merger of the afternoon newspaper, ​The Herald with its morning stablemate, The Sun News Pictorial.

Other publishing plans include 30 days of editorial coverage featuring lists of “30 Somethings” – the most epic moments in 30 years, most memorable sporting wins, most influential characters, most iconic restaurants, most notorious villains and more, judged by the Herald Sun’s expert writers across sport, business, crime and community.

“This whole campaign is our way to say a big thankyou to all of our readers and commercial partners, whether they’ve partnered with us for 30 years or simply the past 30 minutes.”