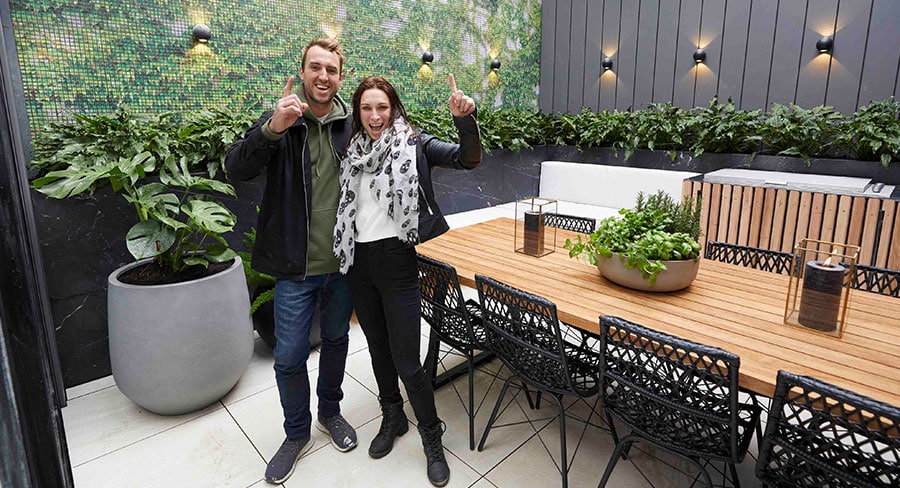 • The Masked Singer: Down week-on-week in all people & demos 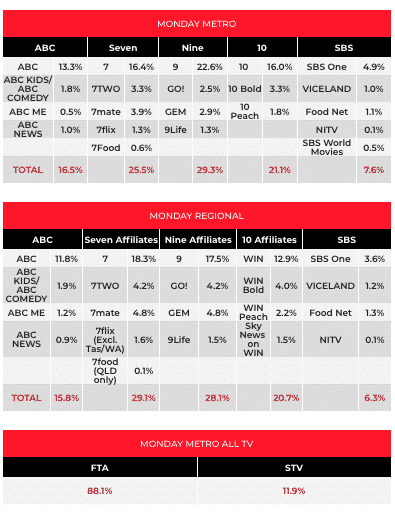 The Real Dirty Dancing then wrapped with former Sydney Swan Jude Bolton and Olympic swimming star Stephanie Rice having the time of their life and successfully completing the famous final dance sequence – the iconic lift – in front of a packed house at the Enmore theatre. The audience watching the final instalment was 528,000. The short four-episode season launched a week ago with 580,000.

A Current Affair managed 766,000 on its first night after the introduction of daylight saving. The program averaged 706,000 last week. The program last night included a preview of Love Island, which launched last night.

The Block revealed the outdoor courtyards with Jesse and Mel winning, as teams worked out how to finish their properties with zero funds remaining. Mitch and Mark have some cash left, but they don’t sound like they are about to keep helping any of the other teams. The Monday audience was 979,000, well ahead of 10’s new champ The Masked Singer and well up on The Block from Monday last week on 806,000.

Love Island then launched on Nine’s primary channel for the first time. Host Sophie Monk and the contestants had a metro audience of 494,000 watching.

Rove McManus had a spot on The Project promoting his new kids’ books where he is the illustrator and the author. The entertainment all-rounder drew a hasty image of Steve Price as a cranky, climate denying, tap dancing wombat. The audience was on 458,000 after a week 40 average of 427,000. Rove was actually on before 7pm, with singer/songwriter Tove Lo the main guest later in the program.

The Masked Singer then had 880,000 watching the reveal at the end of the show with Darren McMullen pulling off his prawn head. The main part of the program had 700,000 watching. The comparable numbers from a week ago were 1.07m for the reveal and 836,000 for the remainder of the episode.

Have You Been Paying Attention? kept its average over 800,000 with Melanie Bracewell, Kitty Flanagan and Lawrence Mooney joining Ed and Sam. Angie Kent got a chance to ask some questions ahead of the launch of The Bachelorette tomorrow.

Australian Story went behind the scenes at the inquest into one of Australia’s most chilling cold cases, the 1975 murder of Perth brothel madam Shirley Finn. The episode was on 559,000 after 534,000 a week ago.

Crime night continued on Four Corners with a UK story about a serial killer working in a hospital. The unsettling story unfolded for an audience of 542,000.

Media Watch featured the axing of Seven’s Sunday Night and an update on tech reporter and editor David Richards. The episode did 468,000.

Q&A put the spotlight on aged care with Maggie Beer among the panellists for the audience of 318,000. 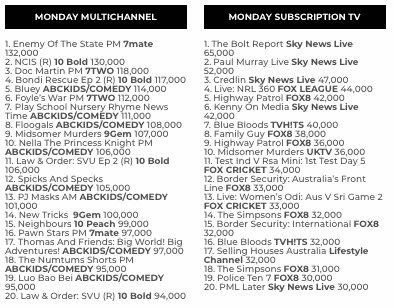 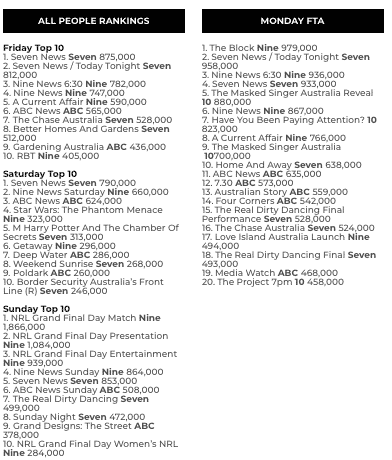