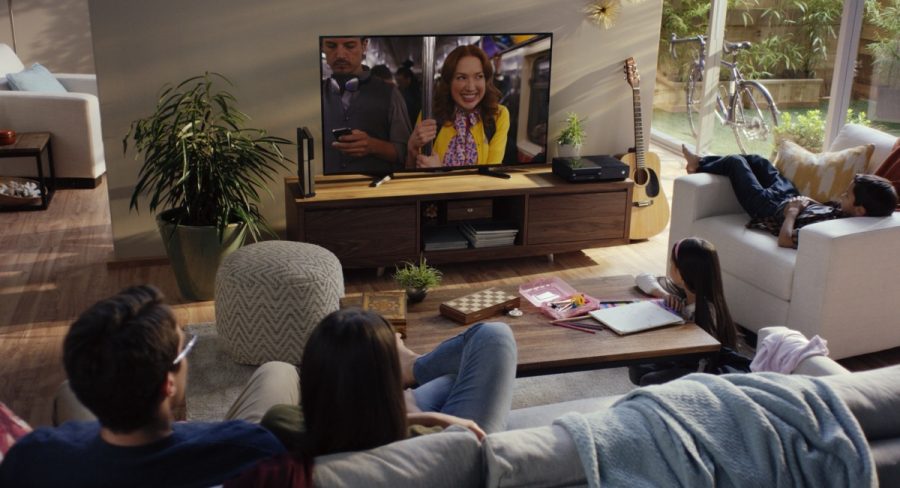 New Roy Morgan data shows that Google Chromecast is Australia’s most popular digital television service, with 12.1% owning the service. Uptake has more than doubled over the past three years.

The proportion of Australians who own digital television services has shown significant growth across all brands in the past three years. As of June 2019, 12.1% of Australians aged 14 and over owned a Google Chromecast.

The findings come from the Roy Morgan Single Source survey, gathered via in-depth face-to-face interviews with over 50,000 Australians each year in their homes.

Roy Morgan CEO Michele Levine says, “Gone are the days when consumers were limited to programs dished up by a small number of commercial and public television channels. Nowadays, households enjoy a large amount of choice in their viewing.

“Our data also reveals that more Amazon Prime Video, Kayo Sports, Netflix, Stan and YouTube Premium customers have a Google Chromecast service than any other digital TV device, which is consistent with many Chromecast customers being Technology Early Adopters.”

Roy Morgan’s Technology Adoption Segments split Australians into six segments based on their interest and use of technology. Those with the highest interest are ‘Technology Early Adopters’, followed by ‘Professional Technology Mainstream’, ‘Digital Life’, ‘Older Tech Explorers’, ‘Technology Traditionalists’ and ‘Technophobes’.

Older Tech Explorers (9% of Australians): Passionate about new tech but cautious about spending money on it.

Technology Traditionalists (24% of Australians): Usually aged 45+, these individuals are wary of change and only adopt new technology once it’s become mainstream. 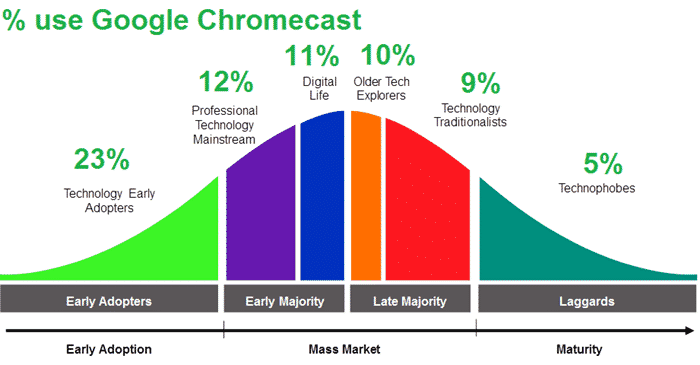 Michele Levine added, “Given recent strong industry growth and the fact that digital services are still in their infancy, we can expect the proportion of Australians using Chromecast and other similar services to continue to increase rapidly in future years.” 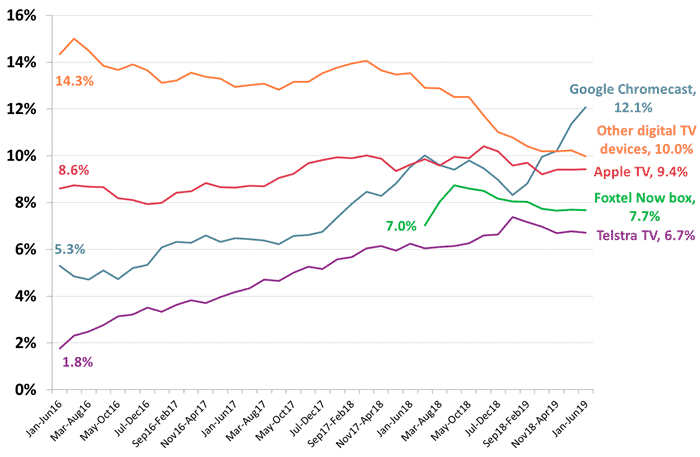 Google Chromecast experienced the largest percentage increase over the past three years (+6.8%), followed by Telstra TV (+4.9%), Apple TV (+0.8%) and Foxtel Now box (+0.7% since July 2018). Michele Levine says, “Given recent strong industry growth and the fact that digital services are still in their infancy, we can expect the proportion of Australians using Chromecast and other similar services to continue to increase rapidly in future years.”