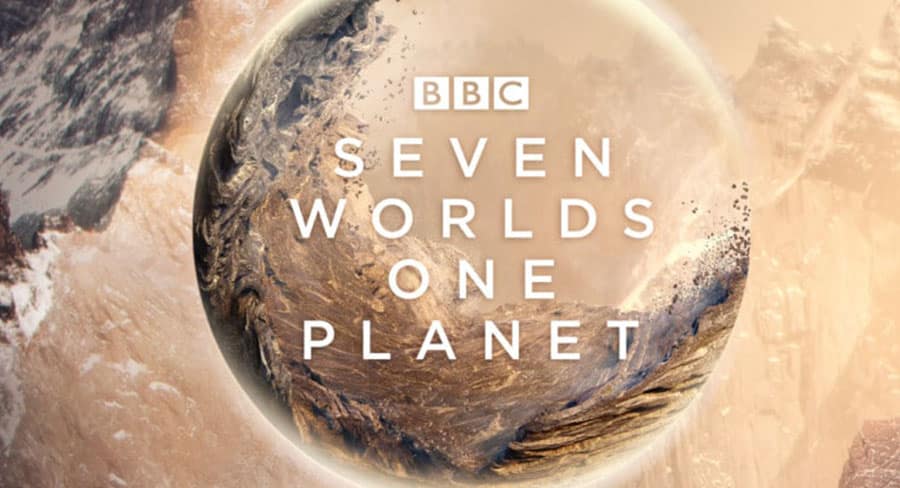 • Nine the winner with Seven Worlds, One Planet

• AACTA Awards on Seven, Playing for Keeps wraps on 10
• But Nine the winner with Seven Worlds, One Planet 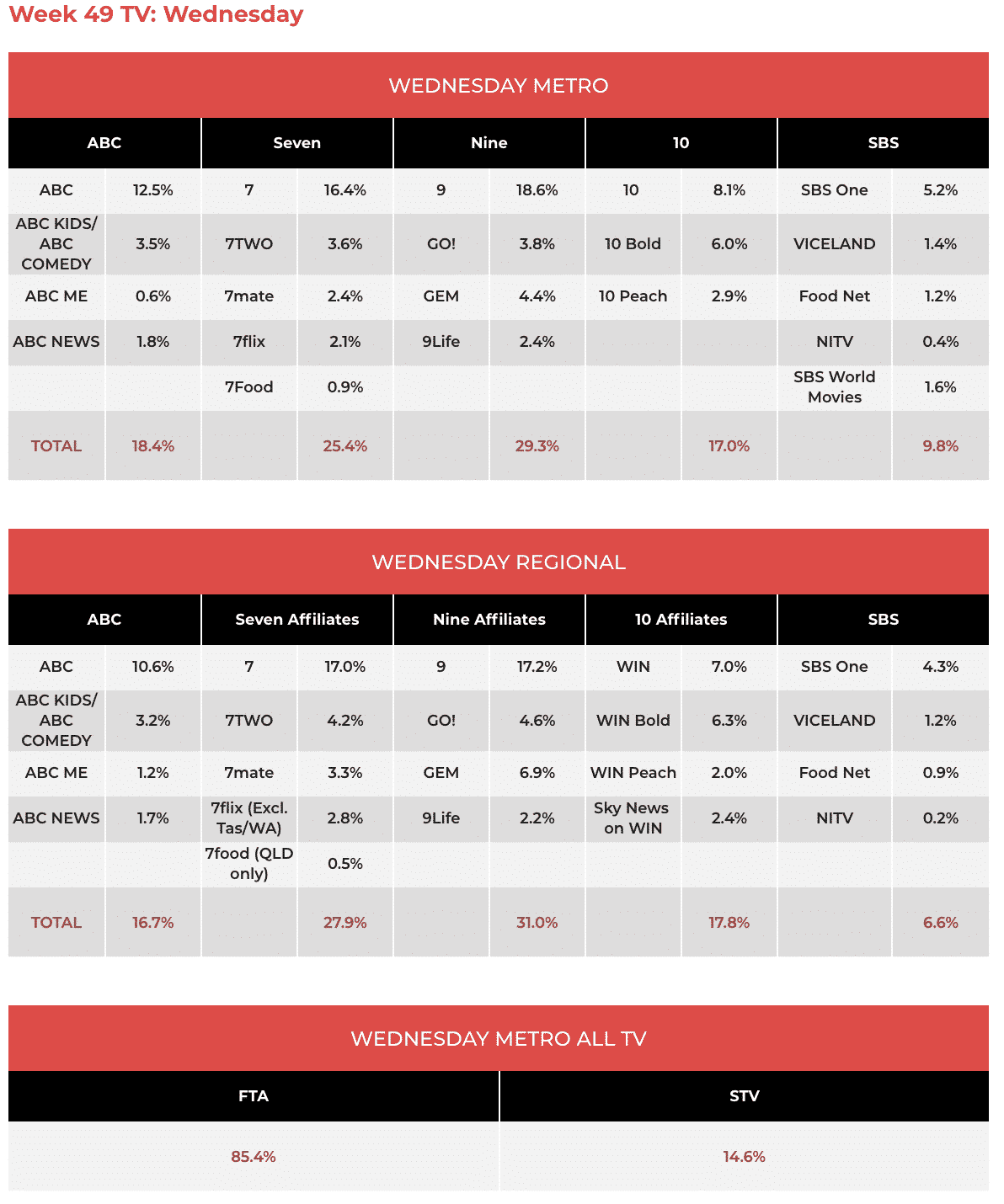 We were a little hasty yesterday labelling The Amazing Race the last 7.30 franchise still on air. Seven still has Zumbo’s Just Desserts on air. The best it could manage last night was 341,000. Following it was the heavily edited 2019 AACTA Awards with 269,000 watching.

Later in the night the season final of Playing for Keeps did 188,000.

Earlier in the night two episodes of Bondi Rescue replaced The Unicorn. The ob doc eps did close to 260,000 each.

Julia Zemiro was with Shane Gould on ABC’s Home Delivery with 401,000 watching. A repeat of the Melbourne Comedy Festival Gala did 286,000. 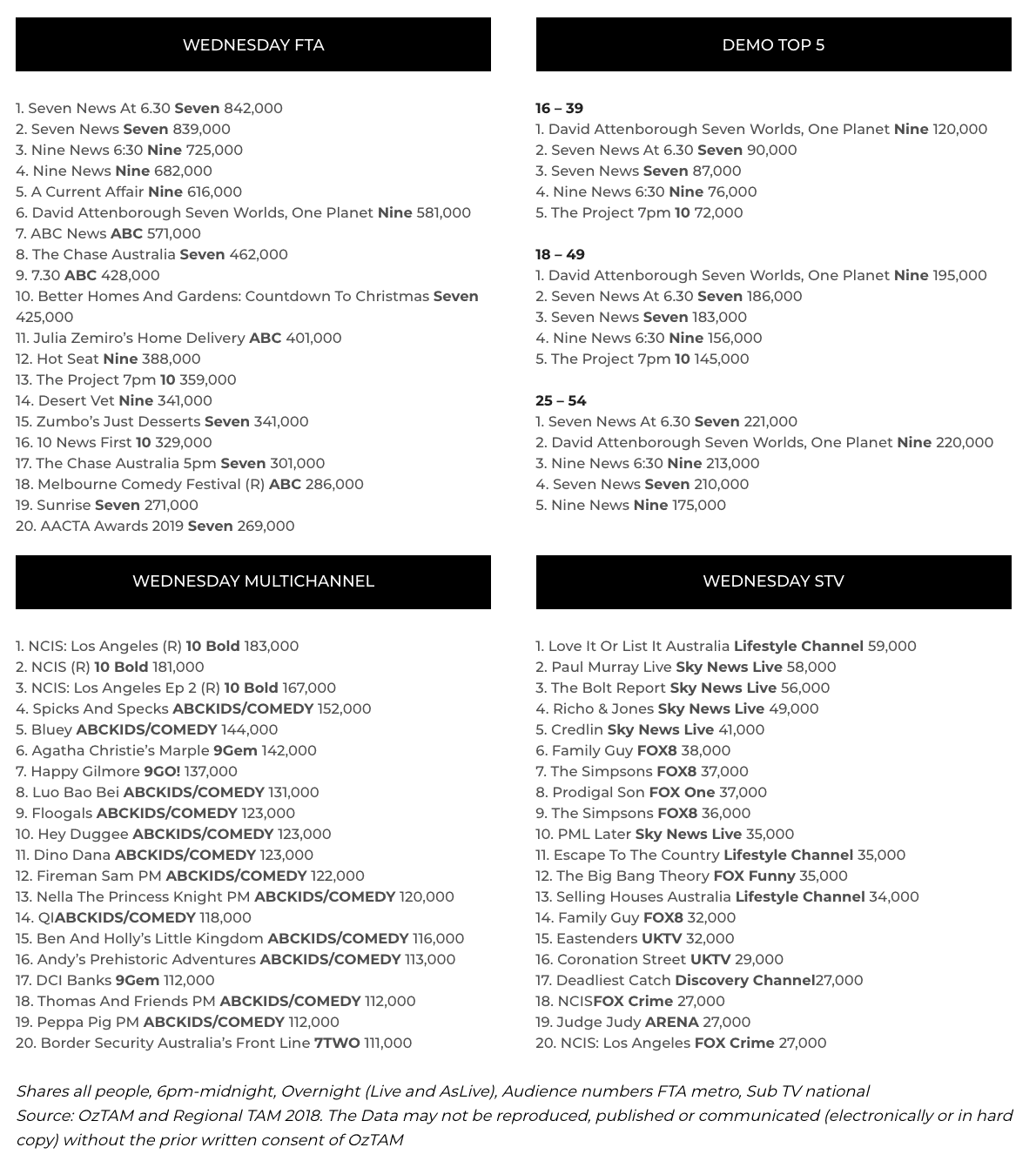