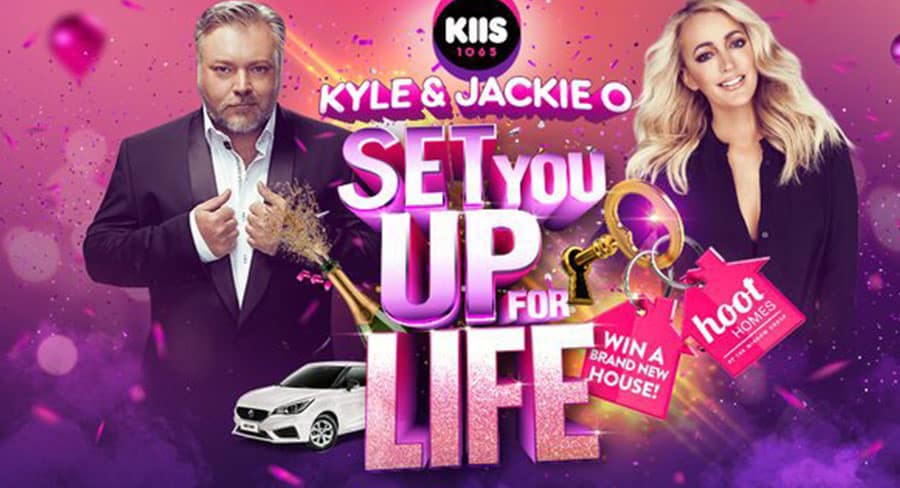 • The winners have been announced

Ill health has prevented Kyle and Jackie O being on duty live over a number of days over the past few weeks.

However, they were on duty and at their best today for what KIIS 106.5 billed as a special radio event.

Sydney’s #1 FM breakfast show was giving away a house and land package valued at $750,000 on its penultimate show of the year. 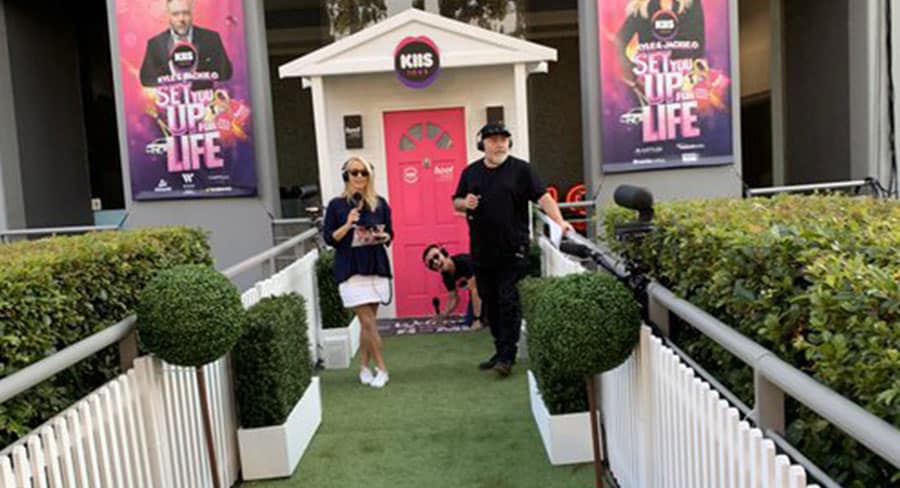 Over the past few months, The Kyle and Jackie O show has given away keys to the house that is part of the prize – Kyle and Jackie O Set You Up for Life. The winners of those keys this morning gathered at the front of Sydney’s ARN facility for their chance to try the key in the lock of the front door of the house.

The best radio sidekick in the business – KIIS 106.5’s Intern Pete, aka Pete Deppeler – was the MC for much of the morning in the street in north-west Sydney.

Listeners to the breakfast show could also watch the program today as it broadcast on Facebook Live.

There was not much action outside in the first couple of hours apart from a false alarm around 8am when Kyle, watching on a monitor, saw someone jumping up and down…but it was just an excited entrant hoping they would win.

Jackie had a pre-recorded interview with Niall Horan which ran this morning. There were also some flashes of classic Kyle when he threatened a staff member with a job at Nova if she didn’t lift her game booking guests. 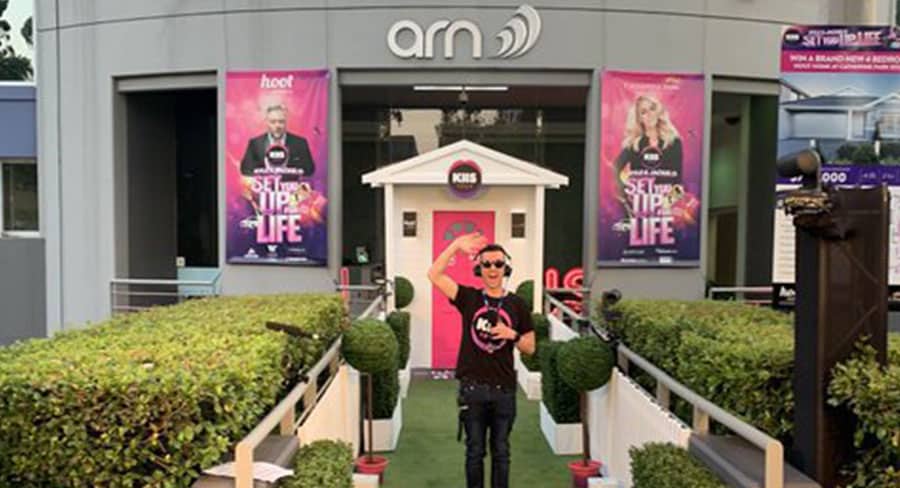 The hosts joined the remaining crowd outside the KIIS tower at 8.30am to watch a few more attempts at opening the door. “We will stay on air until this goes off,” said Jackie.

The hosts went back outside about 9am, with Kyle telling the crowd: “Someone out here is a winner”. The contestants went off.

The stream on Facebook Live didn’t carry any of the songs played during the breakfast show nor any of the ads. The online audience was close to 2,000 shortly after 6am and then climbed above 2,000 several times during the morning.

At 9.40am, Kyle said: “What if the person with the key doesn’t show up? I just thought of that. There might be a flaw in our plan!”

Just before 10am the online audience was close to 4,500 and then bang…the prize went off. “You have nearly $1m of free shit,” Kyle told the young couple who have only been married for one week. Kyle and Jackie O with house, land and car winners Sibel and Christopher