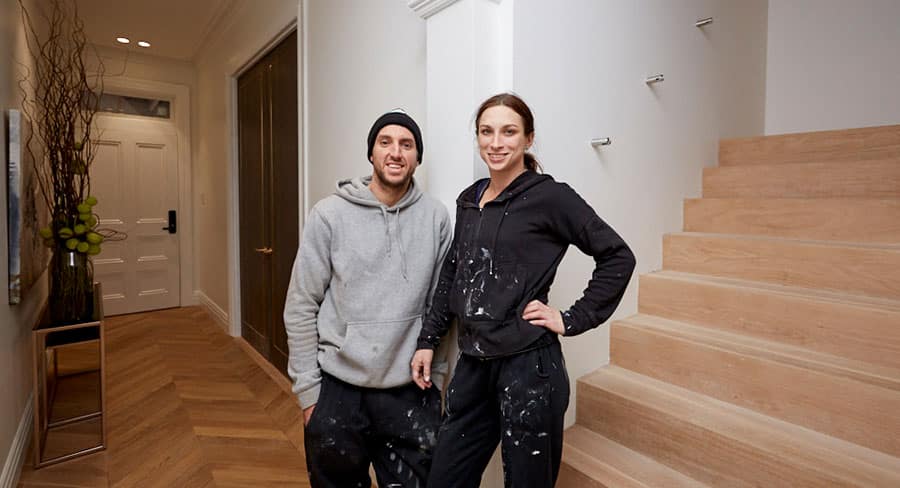 • The Amazing Race underway, competitive on first night
• First team eliminated before they had to buy an airline ticket 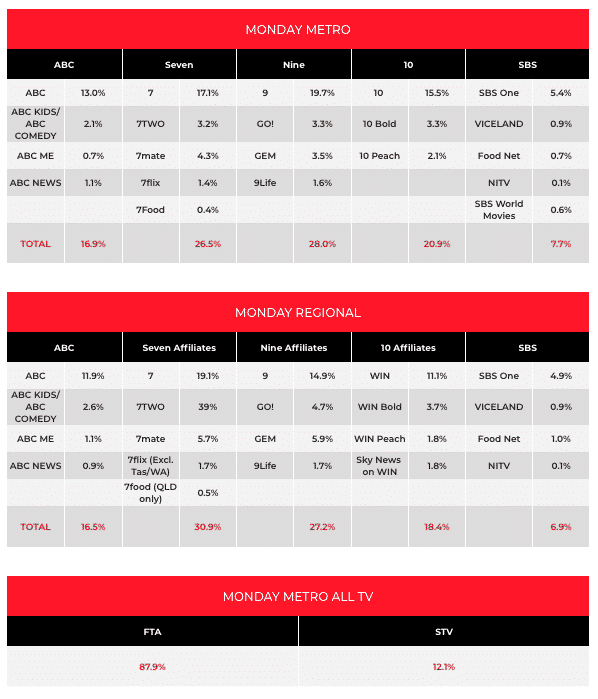 A Current Affair featured footage of the final police interview with Ivan Milat. The show started the week on 725,000 after a week 43 average of 686,000.

The Block featured the start of the penultimate week with the teams doing the roof terraces and fixing any “disaster rooms”. The main talking point was a cash crisis for the team well ahead at this stage – Mitch and Mark. The Monday episode was on 945,000 after 896,000 a week ago when it was up against the series final of The Masked Singer.

It was a big night for visiting entertainers on The Project with US cross-over country artists Dan and Shay on just before 7pm and then comedian Beth Shelling later in the episode. The series did 509,000 after an average of 434,000 at 7pm last week.

The Amazing Race started life on 10 with 635,000 for the launch episode. People who enjoy the scampering on and off planes and travelling between countries will have to wait until tonight for the travel to start. The first episode saw the teams racing around the South Korean capital. The first team was eliminated before they even had to buy an airline ticket. The broadcaster was happy this morning – Network 10’s head of network programming Daniel Monaghan said: “An amazing result for The Amazing Race Australia last night. To be a top 3 show in under 50s, sharing the podium with two stalwarts, including HYBPA which was #1, is a great launch. We’re thrilled to continue our 2019 entertainment schedule with such an exciting brand that audiences responded to so positively.”

SBS football commentator Craig Foster was profiled on Australian Story for his work in helping secure the freedom of Hakeem Al-Araibi from custody in Thailand. The episode did 576,000 after the series did 506,000 a week ago.

Four Corners featured a BBC report on influencers and pyramid selling with 513,000 watching after 533,000 a week ago.

Media Watch then did 477,000 with stories on reality TV scars and the photo editing skills of NW magazine. 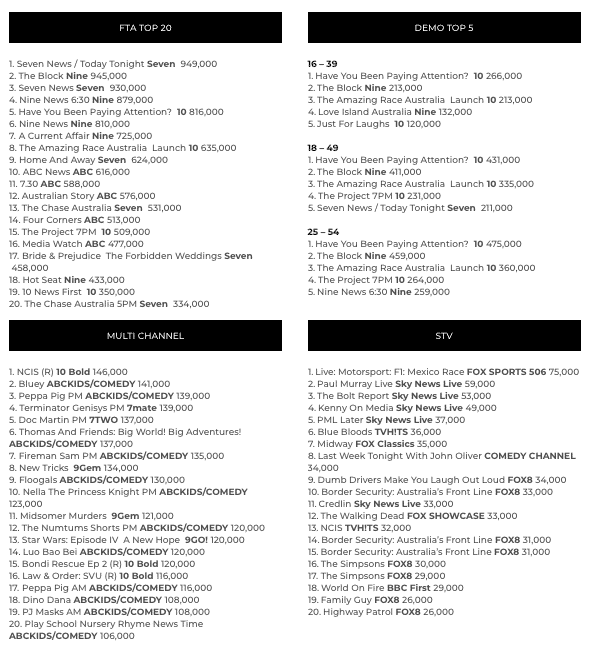