Just a day after it was revealed that Fox Sports will not be renewing the contract of popular Fox Footy and Fox Cricket reporter and host Neroli Meadows, Foxtel boss Patrick Delany has defended the decision to Mediaweek.

Delany also defended Foxtel against a suggestion it might not be doing as much as it could for women in sports media.

Meadows yesterday responded to fans who were upset about her departure from the broadcaster.

“The past week has been challenging,” Meadows wrote in a letter she posted on social media.

“[But] this past 24 hours has been incredible. I can’t thank you all enough for the messages of support.”

After a spur of the moment off-season trip to Croatia, Meadows returned to the news that she would no longer be part of the Foxtel family.

“After 10 years in two cities, my time at Fox has come to an end,” she wrote. “I have had an incredible time with many sensational people.

“Doing boundary for both AFL and cricket this past year has been a dream come true, 20 years in the making.

“I love what I do for a living and grateful I get to do it. I’m not sure what’s next, which is scary but also exciting.”

On Ticker TV yesterday on Mediaweek on Ticker, anchor Ahron Young asked Mediaweek about women on Fox Sports and why it would let go a female host on a broadcaster dominated by men. “We have plenty of women on the network and from time to time people go,” he replied. “People don’t have jobs for life.”

As to the circumstances surrounding the decision not to renew Meadows’ contract, Delany said: “I don’t want to comment on the particular circumstances. But Foxtel and Fox Sports are not short of women or not giving women opportunities, it is quite the opposite.”

Finishing off her letter about her axing, Meadows said: “Thank you to all the players, coaches and administrators who trusted me to share their stories and all the people who chose to spend their time tuning in to watch.

“I’ve met some brilliant people and made some wonderful mates.” 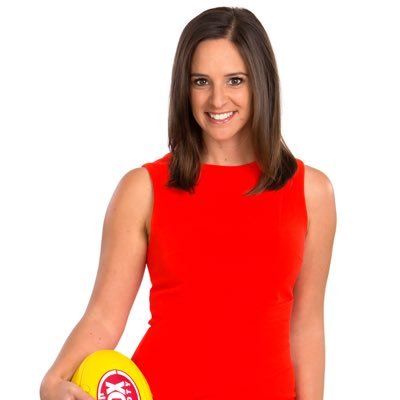 So far that social media post has been liked over 7,000 times, and generated 800 replies.

Among the comments were many from media colleagues, including Seven’s Melissa Doyle who is also facing an uncertain TV future after Seven shuttered her program Sunday Night.

The Australian’s cricket writer Peter Lalor commented: “Stunned and saddened. I’ve watched her work on cricket for over 10 years. Neroli is one of the best in the business. Hard working, smart and well connected. Breaks news. Gets great interviews. Knows footy and cricket inside out. This is terrible.”