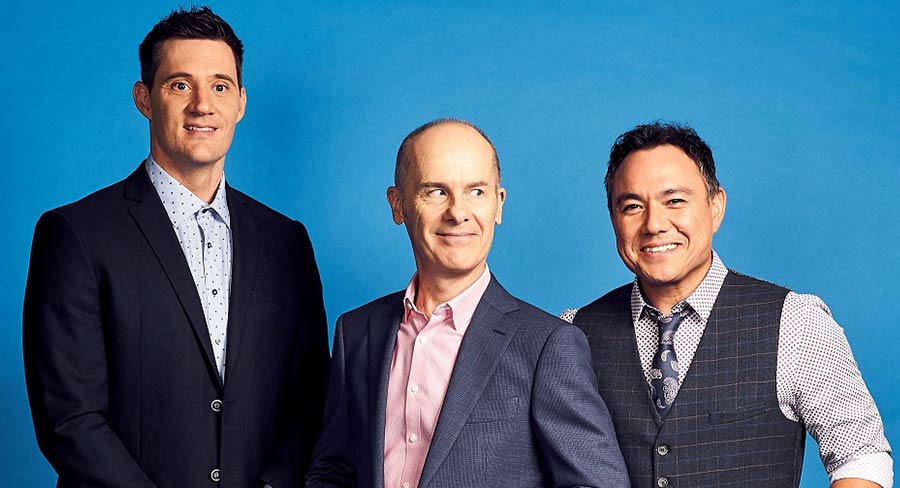 • End of The Block sees ratings realignment: Nine down, others up The channel’s improved showing was its first Monday win over its commercial competitors since Brownlow Medal Monday and before that the last Monday in July.

Home And Away was labelled as perhaps Seven’s most important program at its Allfronts Event last Friday. The 7pm drama has started the week on 663,000 after a week 43 average of 588,000.

Bride & Prejudice has been reshaped using the reality rulebook and has launched with 633,000, which put it ahead of Family Food Fight and Blind Date. The series hasn’t been on since the start of last year where it launched in late January with 874,000 off the back of My Kitchen Rules.

Seven is burning through this season of Wanted with another two episodes last night doing 400,000 and 307,000.

The numbers tumbled with The Block gone from the schedule. Nine is not alone in trying to find big TV crowds in the final few weeks of survey each year.

Family Food Fight was no substitute for The Block with a launch episode on 411,000 after last year’s series started on 555,000.

Have You Been Paying Attention? then did the heavy lifting for the channel, pushing the audience higher to 683,000 thanks to the addition of Mick Molloy to the contestants.

The channel had its second-best Monday share of the year [best was 17.5% on August 27].

Leading the charge after ABC News and 7.30 was Australian Story on 769,000. One of its biggest audiences this year was watching ideas to help tackle a lack of water on the land.

Four Corners then did well too with 721,000 watching Louise Milligan report on the British royal family and the way they manage “The Firm”.

Professor Alice Roberts took viewers to Cheltenham on Britain’s Most Historic Towns – 266,000 of them.