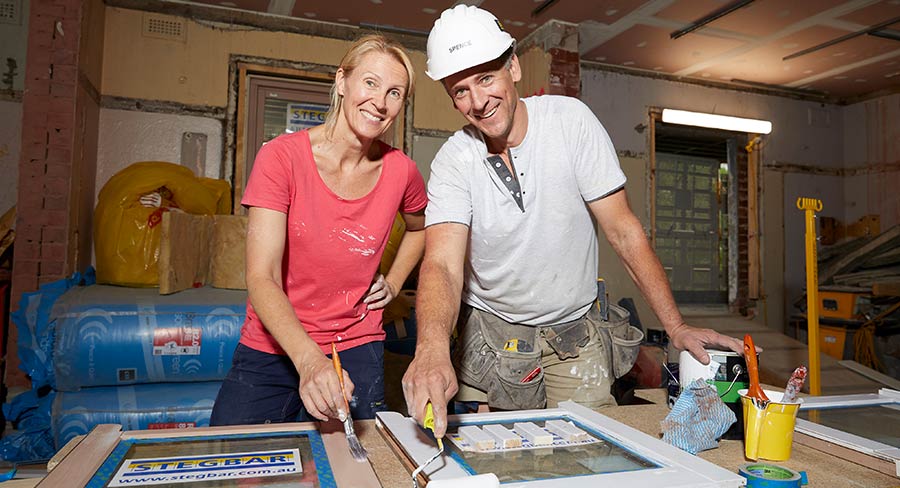 Take Me Out then continued its disappointing run with 407,000 after 426,000 when it last screened a couple of weeks ago.

Behind the scenes with the Australian Border Force was part of A Current Affair with 759,000 last night after 815,000 on Monday.

Last day’s drama in the challenge apartment fired up The Block as the episode again did over 1m metro.

The Project had an all-too-short interview with visiting comedian and travel show host Griff Rhys Jones at the end of the Tuesday episode. Earlier in the 7pm half, Hamish Macdonald travelled the night shift with Sydney ambos as a preview of the new Ambulance Australia. Tuesday did 498,000 after 564,000 on Monday.

Network Ten executive producer Sarah Thornton wasn’t fibbing when she told Mediaweek last week that the new Ambulance Australia was very well produced by Tony de la Pena and his team at Endemol Shine Australia. The first episode of the series did 582,000 last night. That compares with Nine’s Paramedics from WTFN, which launched on Thursdays recently. Last week Paramedics did 610,000 after launching with 555,000.

The new US drama FBI from producer Dick Wolf for Ten parent CBS then premiered with 362,000.

Ask The Doctor looked at alcohol last night for its audience of 422,000.

The doco Fighting Spirit looked at the wheelchair rugby team ahead of their appearance at The Invictus Games. The show did 275,000.

Michael Portillo is hosting shows in the 7.30pm slot three nights this week. A repeat of his Abandoned Britain was the channel’s best last night on 299,000.

It narrowly out-rated Insight on 290,000 with its episode about Chronic Fatigue Syndrome, which featured footballer-turned-commentator Alastair Lynch.