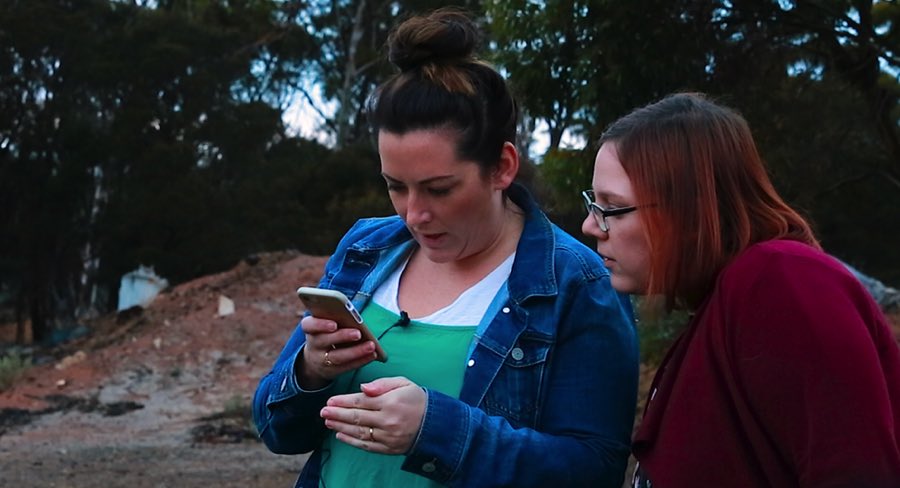 “They say report on the story, don’t be the story,” News Corp’s Nina Young told Mediaweek. However, what can you do if you are born into the story?

This is the case with Young, who is a key character in – and the journalist behind – News Corp’s podcast series My Father The Murderer.

The podcast is a crossover between a memoir and a true crime story. It follows Young’s quest to uncover the entire truth about her biological father Joseph Allan Ladd, who is serving a life sentence in prison. Joseph Allan Ladd with Nina Young, when she was a child

Young was 26 when she found out about Ladd’s criminal history, which involved the murder of a woman in 1977. Now in her 30s, Young is finally able to share something so personal with the world.

“I didn’t know what to do with it. I always knew that it was more than an article,” Young said. “It wasn’t until a year ago, when I was talking to my podcast partner Bek Day, she said, ‘It’s a podcast.’”

This suggestion made perfect sense to Young. “Podcast has the intimate storytelling experience that I wanted,” she said.

The first episode of My Father The Murderer was released on October 7 and within a week it climbed to #1 on the iTunes charts.

In the two episodes that have been released at the time of writing this, Young can be heard speaking to her stepfather and mother.

It isn’t only an emotional journey for her but also her loved ones who are being taken back.

“It wasn’t the easiest thing to do,” she said. “I went into it thinking that I was ready for it but I wasn’t as prepared as I thought I was.”

An all women team has produced My Father The Murderer. It has been a six-month-long production process.

“We did it in a way that we didn’t find out anything before the recording,” Young said. “What that meant was that we couldn’t do much prior research before we had everything approved and a budget in place.

“Everything you hear recorded on the podcast is the first time we are learning or hearing about it.”

The production work behind the six-part series isn’t complete yet. Young and her team are still working on it. Speaking about the journey so far, Young said: “I am definitely a lot more in touch with my emotions than I was. I have always been a bit tough but, writing the script for this, I had to be more emotional and be more honest with some of the feelings I had. That was difficult.

My Father The Murderer is the latest true crime podcast series to come from News Corp. It follows the record-breaking podcast series The Teacher’s Pet from Hedley Thomas (https://mediaweek.com.au/hedley-thomas-lyn-dawson-disappearance-teachers-pet-podcast/).

“Any time a podcast is that successful, it raises awareness of podcasts in general. There are still so many people who don’t listen to any podcasts or don’t know how to listen to them,” Young said. “The bigger something gets, the more people become aware of it.

“The thing with News Corp is that they are always looking for new ways to tell a good story. They are really focused on the content and have a lot of faith in their staff, so they were happy for us to give it a go. They would’ve been happy to give it a go even without the success of The Teacher’s Pet.”

As happened with The Teacher’s Pet, if new information is to come to surface about Ladd that has an impact on the story of My Father The Murderer, Young said the episode count of the series could go beyond what was initially planned. “We will continue to pivot and change things as things come up. Now that we have gone public, there is potential for many things to happen,” she said.