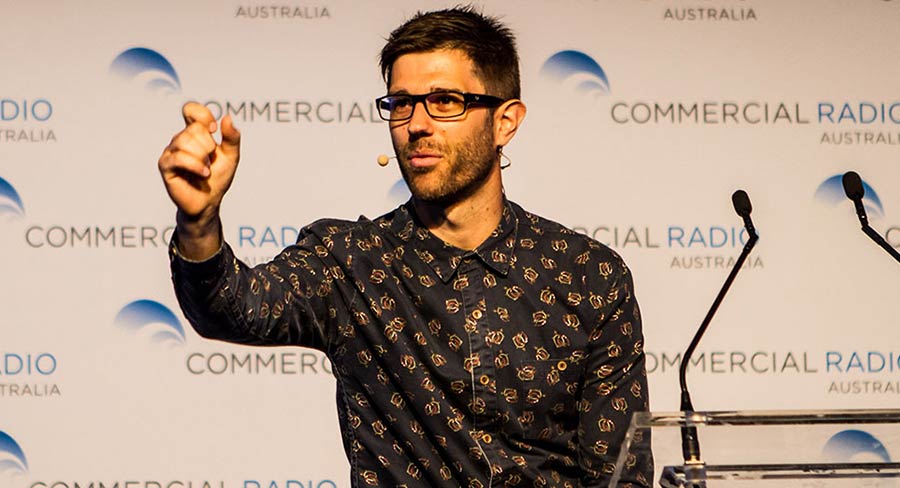 “I walked into SCA as a 23-year-old with a bleached blond mohawk and no idea what I was doing.”

“Sam has been a huge asset to SCA, a friend and mentor to so many, and a supporter of new talent,” SCA said in a statement.

From humble beginnings as a phone op on The Tracey & Matt Show on the Fox, he has worked his way up through the company. SCA said Cavanagh has decided to challenge himself by stepping out of radio and into the advertising world and has accepted a role with a new creative agency. Cavanagh said: “I walked into SCA as a 23-year-old with a bleached blond mohawk and no idea what I was doing. It’s sixteen years later and this company has given me a career beyond my wildest dreams. I’ve had the privilege of working with the country’s most talented performers, have broadcast from places like Beijing, Afghanistan, and a tall ship crossing Bass Strait. I’ve enjoyed the rare thrill of putting a radio show live to air, every single day. There are too many people who have impacted my career along the way to mention them all here, but I would like to shout out to Craig Bruce, who saw potential in me long before I saw it in myself. It’s time for me to take on a new challenge. But not before I return for a week in January to steal as much stationery as possible.”

Mick Molloy and Jane Kennedy said: “We could not have wished for a better EP to help launch Kennedy Molloy and we wish Sam all the very best in his new adventure.”

SCA Melbourne general manager Dave Cameron, Sam’s longtime friend and mentor, said: “Sam’s one of the best but is actually truly focused on bringing out the best out in others.”

Sam Cavanagh is currently on long service leave and SCA said he will return to be farewelled in a manner befitting his spectacular career.