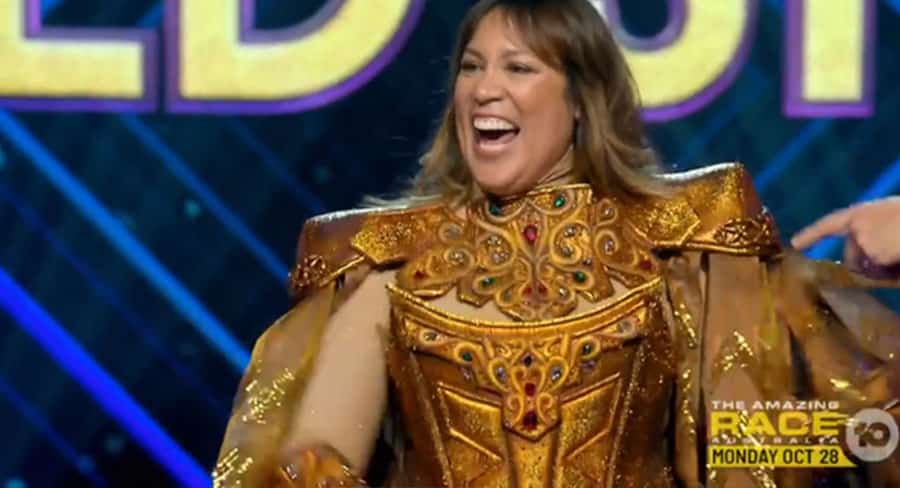 • Nine wins with The Block again close to 1m, but 10 close behind
• 10’s big Monday: Kate Ceberano revealed as The Masked Singers’ Lion
• Then Working Dog’s Have You Been Paying Attention? does 950,000 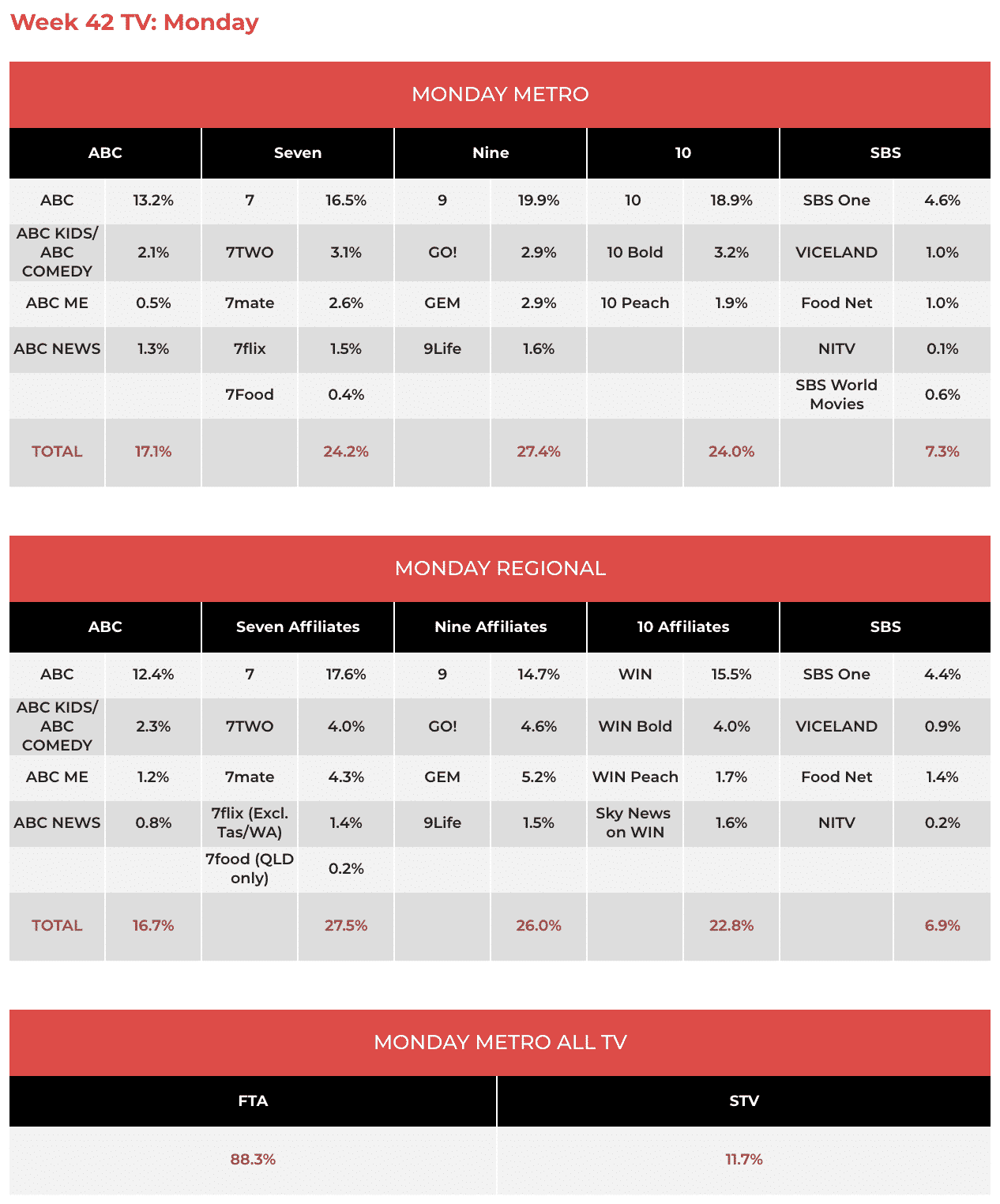 Couples talking about their sex lives at a dinner party sounds reminiscent of Married at First Sight. However Bride and Prejudice isn’t attracting too many of that show’s audience with 434,000 last night after 430,000 was the best of three episodes screened last week.

A Current Affair has averaged 706,000 and 664,000 over the past two weeks. It’s new week started on 801,000. Last night’s episode covered a lot of ground from another Tziporah Malkah transformation to the loss of a carers benefit and then teeth straightening kits.

The Block is into veranda week, but first last night the Blockheads reviewed each other’s studios and Mitch and Mark weren’t impressed by the winners’ work. The Monday episode did 970,000 after 978,000 last week.

The channel had a big night and is enjoying a big Q4. 10 was narrowly behind Nine in primary share last night. It beat Seven again in primary share and only trailed by 0.2 of a point in combined channel share. Remember 10 has three channels to Seven’s five.

10 recorded its biggest Monday network and primary share since January 2018.

The Project featured Charles Firth from The Chaser and James Schloeffel from The Shovel and their plan to bid for Sky News. The 7pm half hour was back over half a million with 525,000.

The Masked Singer started Finals Week, not to be confused with an actual Final, with Kate Ceberano revealed as The Lion. The episode reveal was on 1.155m with 905,000 watching the episode prior to that. Tonight on the show there will be a double unmasking.

Mick, Celia and Urzila joined Ed and Sam on Have You Been Paying Attention? and the audience responded big time with 946,000 tuning in, the biggest crowd ever watching the hit format. The national audience was an even more impressive 1.280m.

Former Media Watch host and QC Stuart Littlemore introduced Australian Story. The episode was about the ongoing mystery surrounding an unidentified body found on an Adelaide beach and how DNA testing might uncover the truth. The episode did 662,000 after 558,000 a week ago.

Reporter Sean Rubinsztein-Dunlop then presented a Four Corners-Background Briefing investigation that uncovered extensive collaborations between Australian universities and Chinese entities involved in Beijing’s increasingly global surveillance apparatus. The audience was 494,000 after 542,000 a week ago.

Media Watch featured Alan Jones and Kerri-Anne Kennerley and then rounded up the media who failed to correctly predict the new MasterChef judges. The episode did 429,000.

Hamish Macdonald then managed to find time to host an episode of Q&A with 306,000 watching. 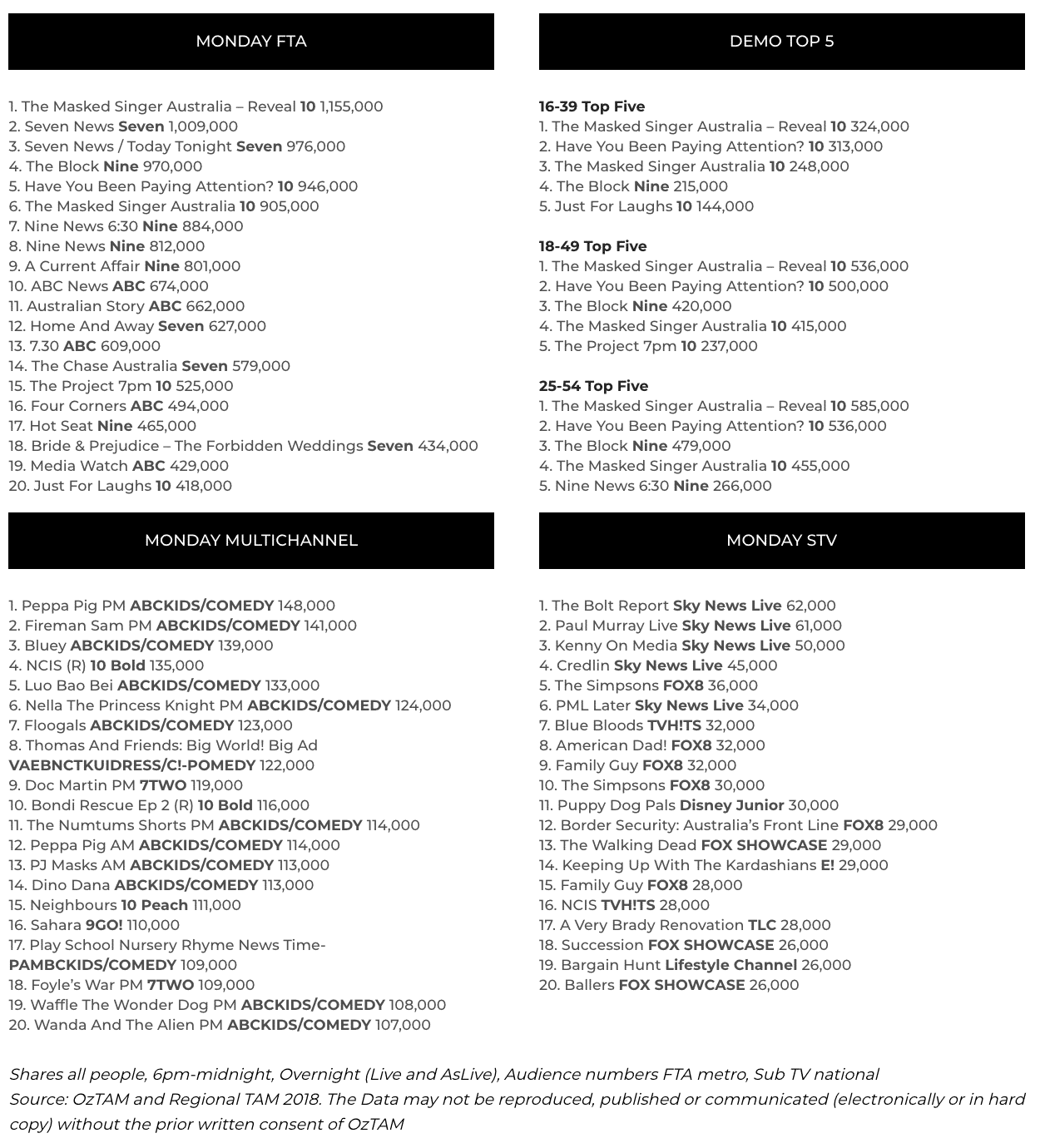