• Bathurst 1000 late finish has over 1m watching on 10
• Tess and Luke get a lifeline: Studio week win on The Block
• Pop Sunday: Wham! On 60 Minutes, ABBA on Seven 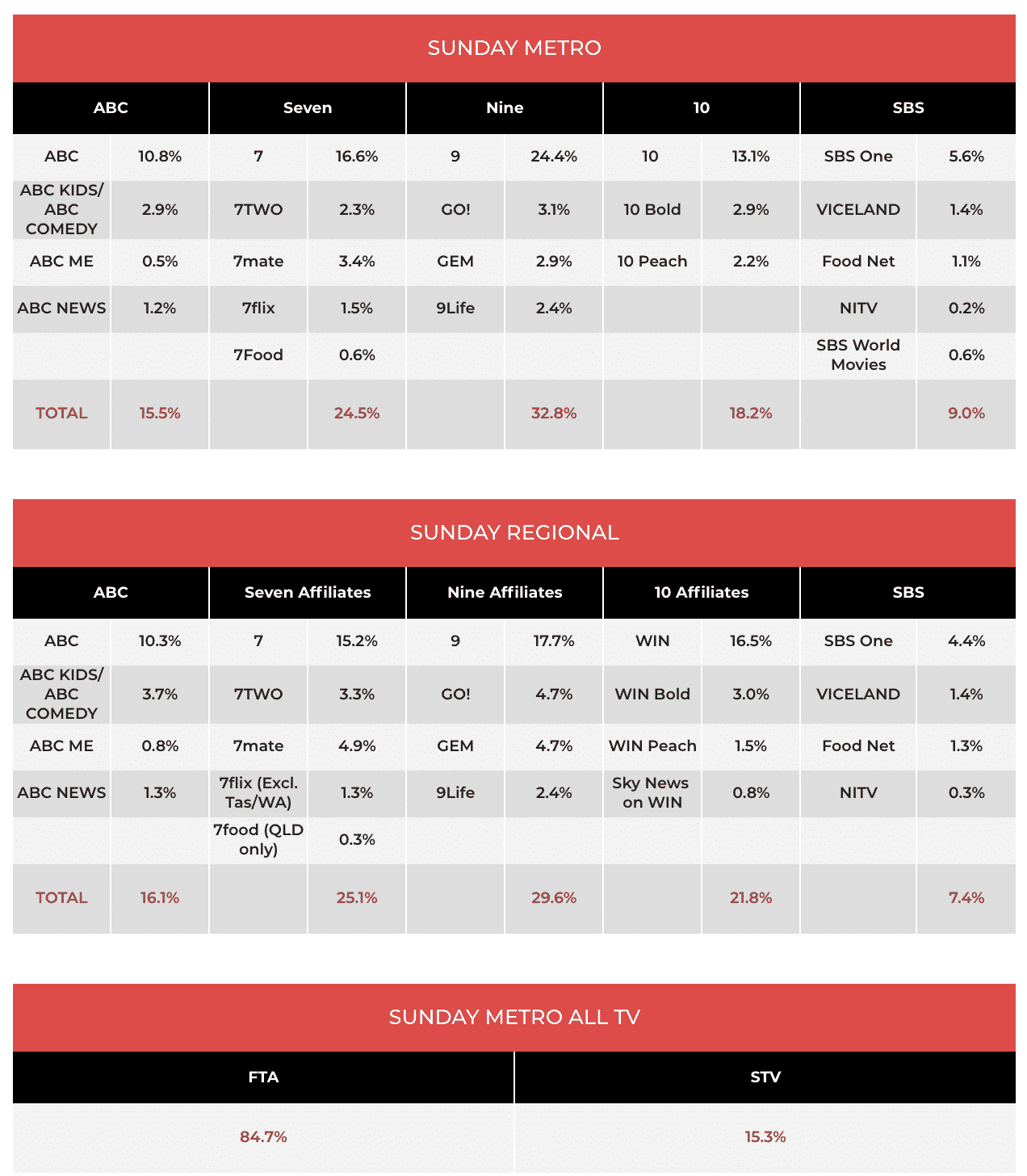 Instead of another episode of Bride and Prejudice, Seven turned to a Sunday night favourite – the Scandinavian pop conquerors with ABBA Forever – another look at the global success of the Swedish superstars. The special did 671,000.

Sunday Night was on earlier than normal, but still much later than the days when the show launched on Seven when its lead-in was the Sunday News. As the show counts down to its final farewell the episode did 422,000 after 473,000 a week ago.

The Block revealed the finished studios after a week of stress for some of the contestants who faced cash burn problems trying to finish. The scores were all pretty close for Studio Week with Tess and Luke able to use a bonus point to push themselves in front of Mitch and Mark. That gave them $10,000, which will help secure their future on the show after a week dominated by budgeting. It’s on to verandas this week. The audience was a very impressive 1.136m.

60 Minutes then did 703,000 after 573,000 when the program was last on a fortnight ago. During the program Liam Bartlett reported on Australia’s biggest scammer while Tara Brown met Andrew Ridgeley as he publishes a book recalling the days when Wham! ruled the pop charts.

The end of the Bathurst 1000 stretched into the start of primetime with audience watching the final laps of the great race over 1m. The average for the race for most of afternoon was close to 800,000.

The Sunday Project started a little late with John Waters live in the studio with 385,000 watching after 7pm.

The second episode of Patrick Melrose then did 194,000.

Two episodes of Concorde, a doco about the supersonic airliner, followed with an average of 216,000.