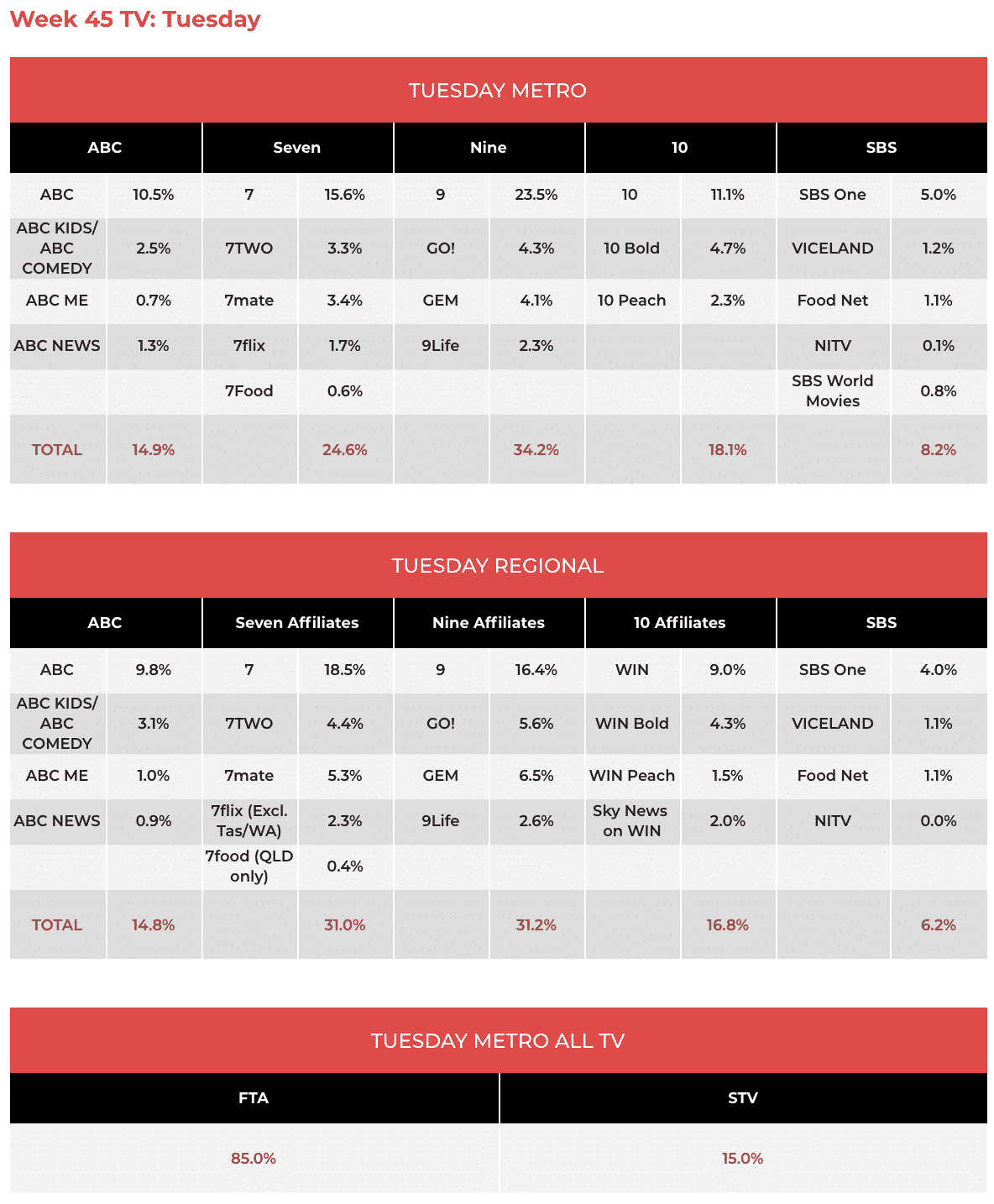 Cup Day on A Current Affair means the race day crowd report from the Cup King, Martin King, which was followed from a look inside the Birdcage with Tineka Everaardt. The episode did 764,000 after 794,000 on Monday.

The last reveals on The Block had the judges doing their final voting for the front courtyards on the properties to be auctioned this weekend. Mitch and Mark had a shocker as they had run out of money, with El’ise and Matt winning their second space in a week and last night also getting a new VW. The audience was again just short of one million.

10 dominated daytime viewing with 1.44m metro watching the Melbourne Cup making its one of the biggest TV audiences this year.

Did 10 test out future plans maybe with Studio 10 starting early at 7am in more of a breakfast slot?

Then later in the day 10 News First went to air at 5.30pm after the last race. If 10 considered that for the future it could move The Bold and the Beautiful to 5pm daily?

The Project was then live from Flemington too with Tommy Little right into the cup spirit. The episode featured interviews with the winning cup jockey and trainer. The show did 444,000 after 7pm.

The fourth episode of The Amazing Race was again in Vietnam with 511,000 watching after 522,000 on Tuesday last week.

The channel’s best after 8pm was Prince Charles: Inside the Duchy of Cornwall with 375,000. 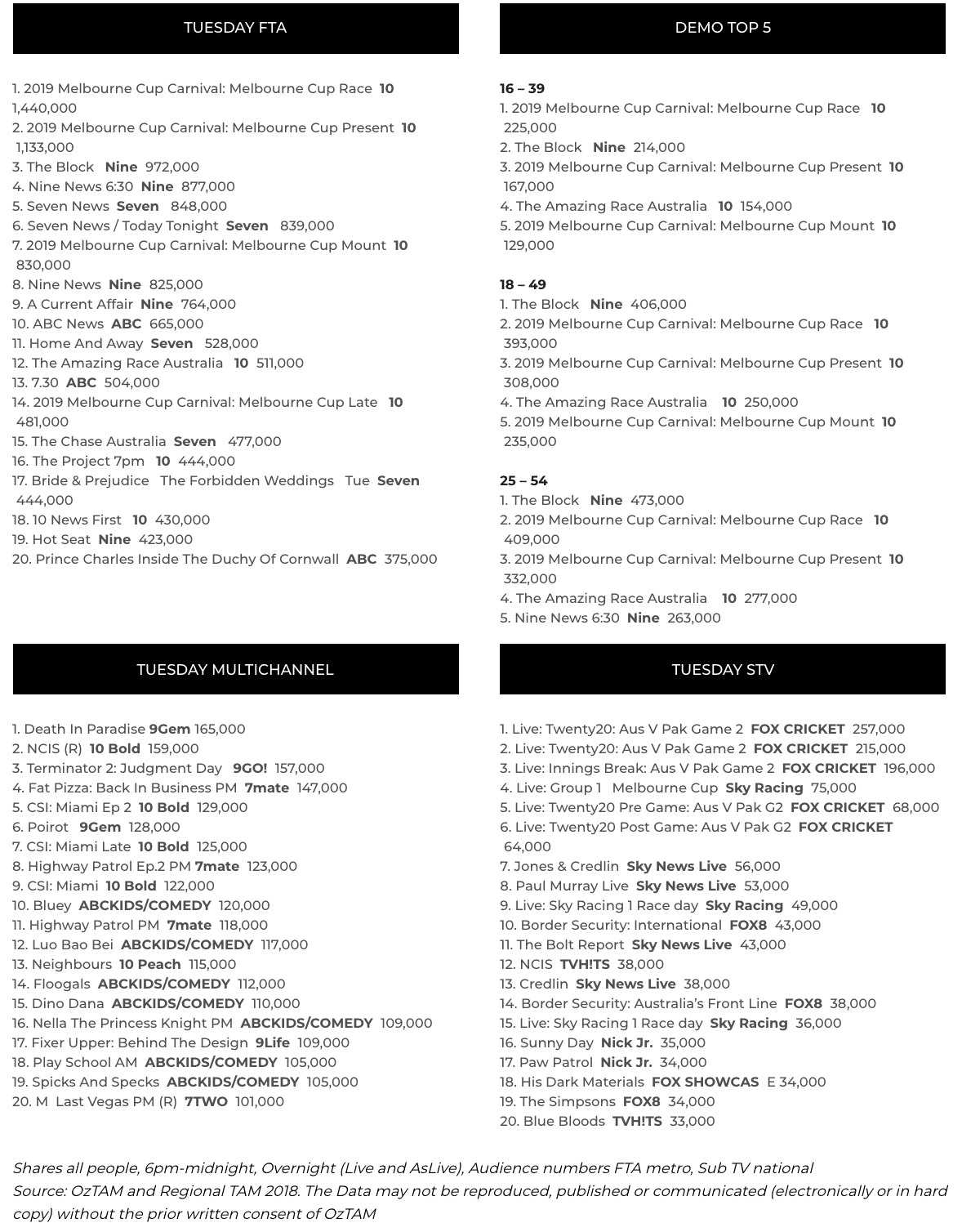