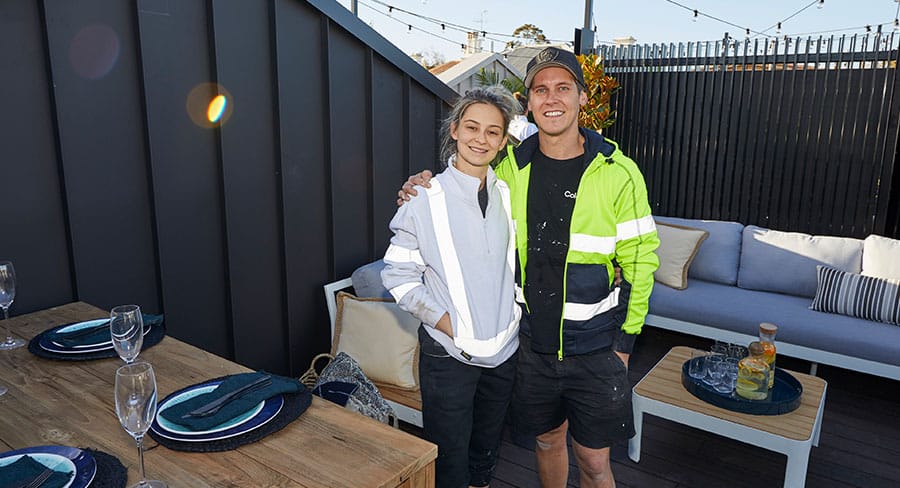 Sunday Night then did 382,000 after 377,000 a week ago. The stories included a look at Jason Donovan and also revisited the Thai cave rescue and the Australian doctors involved.

The primary channel has only lost one of the past 15 Sundays.

The race to get The Block properties finished in time for the impending auction created friction last night with Mitch and Mark downing tools at one stage, claiming they were about to quit the series. The first night of the last week of the show had an audience of 1.131m which was the show’s best in three weeks.

60 Minutes then did 529,000 after 589,000 last week. Karl Stefanovic was reporting on TV ratings, not here, but in Brazil where gruesome crime stories were orchestrated to grow TV audiences.

The Sunday Project featured a fascinating interview Waleed Aly had with UK House of Commons speaker John Bercow. Singer Shannon Noll was also on the show with 340,000 watching after 7pm.

The Graham Norton Show then did 318,000 with one of its best episodes this year with a guest list featuring Dame Julie Andrews, Reese Witherspoon, Jennifer Anniston and Sir Ian McKellen.

Earlier in the night Grand Designs: The Street did 489,000 to rank #2 in the timeslot behind only The Block.

Secrets of the Railway again proved the audience’s fascination with rail travel. Although this was historical with a look at an abandoned railway, the show still found a home in the top 20 with 212,000. 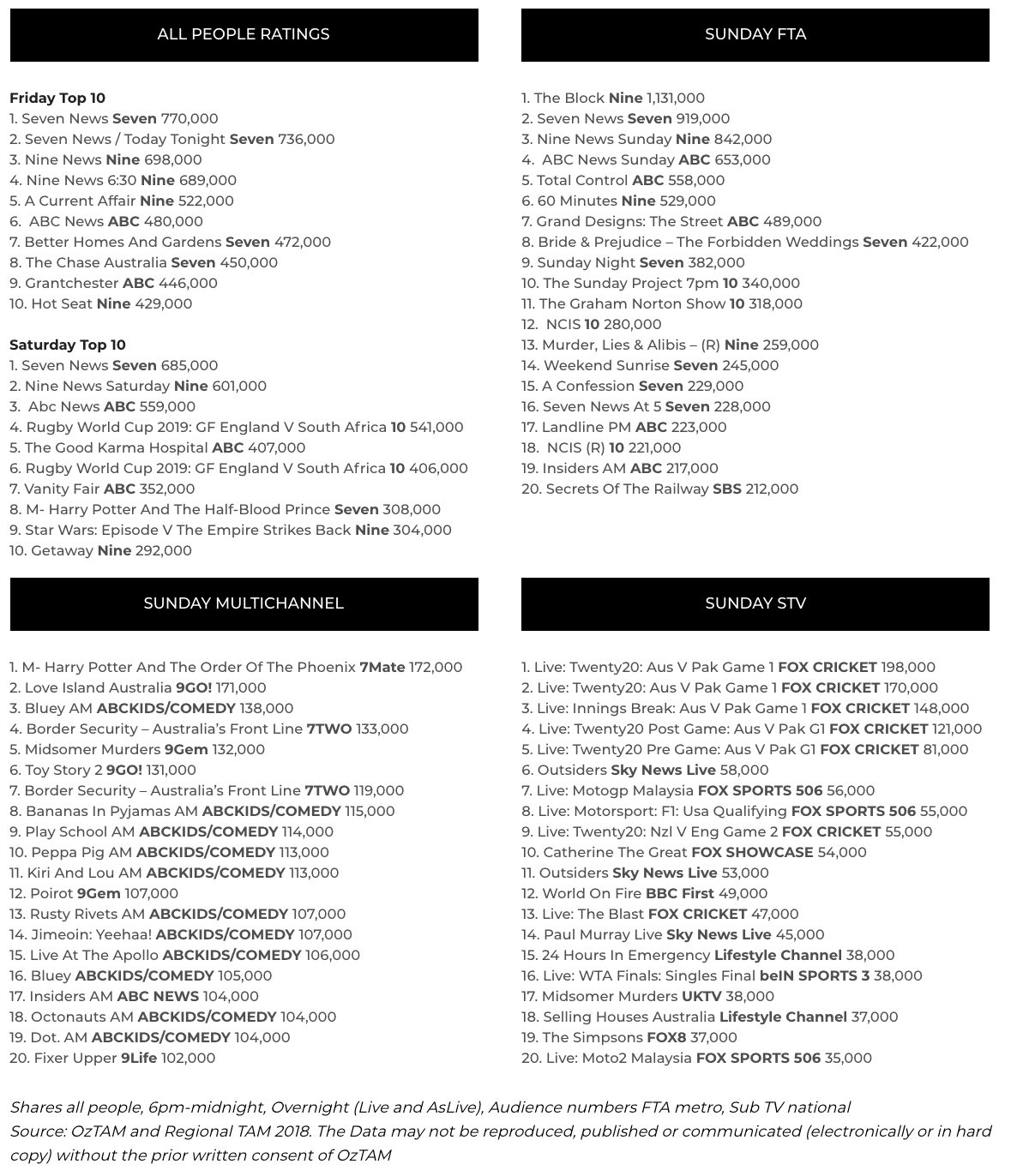