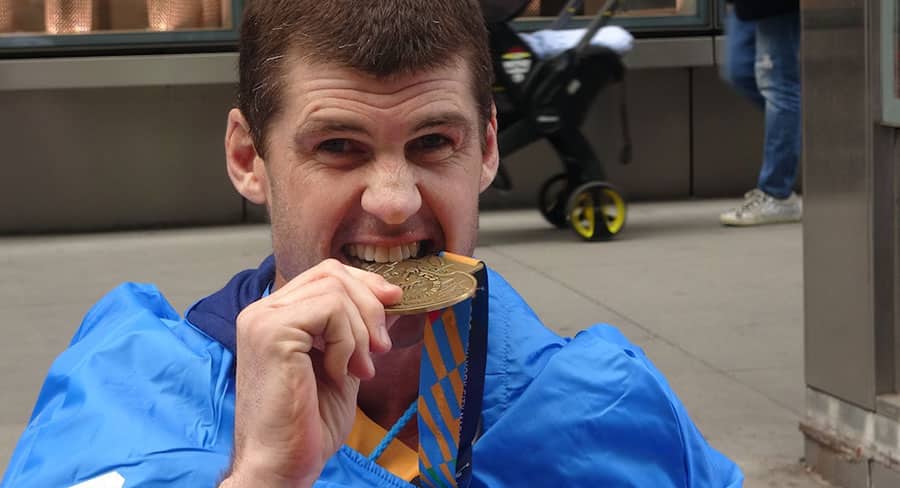 Nova 100’s Chrissie, Sam and Browny plus anchor Deano have started a week of breakfast broadcasts from New York City.

Co-host Jonathan Brown started his trip by competing in the New York marathon just a number of hours before the first show from New York went to air.

Browny finished the race in 3 hours and 14 minutes. Browny had told people he wanted to do a sub-3.30 and was told that was very unlikely for his first marathon.

At the start of the show Browny said: “Hello to everyone back home, I’m nearly dead – it’s bloody emotional. I wanted to cry when I crossed the finish line, but I was reminded by my wife that I was born without tear ducts!”

Browny said he heard Bruce Springsteen’s Born To Run and he said it gave him a pep – this was about 5kms to go – he saw Nina (EB Research) and how she was emotional, so, he kept on going.

Browny added: “I can’t under estimate it, I can’t explain what it feels like to have the support there. Knowing I had you guys there at the right time, coming up Fifth Avenue when you’re past the point of 8km to go – when I saw you guys I thought I can do this and get through, doing it for EB [Research]. I honestly, when I was going through the battles of 10km to go. You start thinking about the kids that have it, thought about my own kids, my wife Kyles and seeing the joy in your faces I thought, I can do this and power home. It was such an amazing feeling and it feels so much better that I have you guys here, than doing it for my own. It might sound a bit soppy from someone who isn’t an emotional person but if gave me great strength to finish it off and power on.” 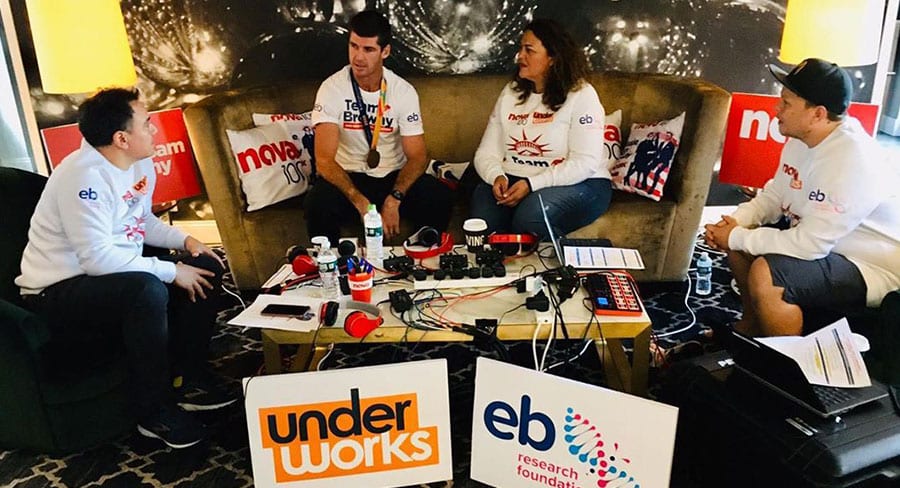 Chrissie said Browny has trained for the last 16-17 weeks for the Event.

Browny said he’d raised over $100,000 for EB Research through the race.

Browny recalled some of the race: “You start and you go up that bridge, it’s about a mile climb, but people are sprinting at the start and I thought they were going too fast, I had to be careful not to get caught up in that.”

He said: “A time of 3.30 was achievable, but, absolute pie in the sky for 3.15”. Sam Pang said he was following on the NY marathon app that Browny’s average pace was 4 minute 37 seconds per kilometre which resulted in 3 hours 14 minutes and 26 seconds as his final time.

Chrissie asked if his sneakers have any thread left – Browny said his Adidas Ultraboosts still have a little left in them.

Browny added “It does a little bit because you reach in. The great thing about team sport is that you’re out there with 21 team mates and you go through a battle together, but with a marathon, it’s a wrestle with yourself, and you do feel like you conquer that when you get to the line”.

He continued: “It is nice to know you can still tolerate pain, but its more the fact that you’re able to overcome something on your own. So whatever that means I’m not sure but to get through the demons…when you’re out there training on your own you start talking to yourself.” 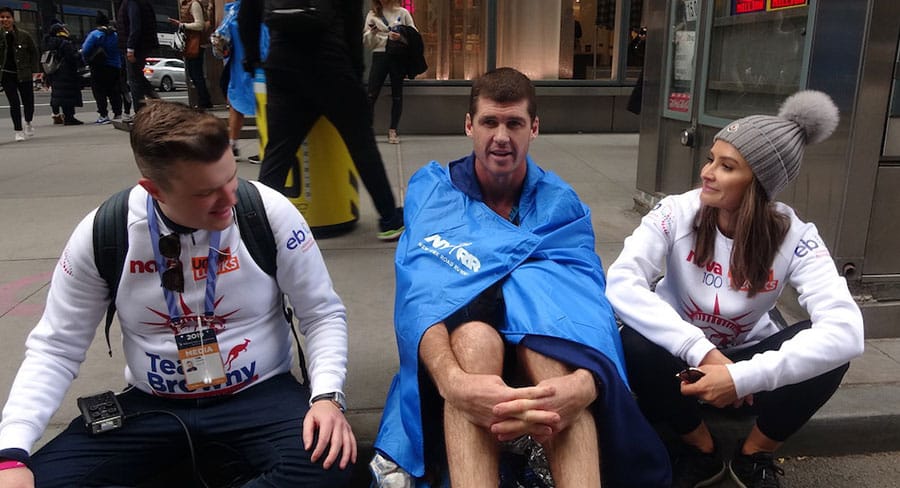 Browny said he needed a pre race bottle of red to calm the nerves – meaning he had a glass of wine the night before the race.

Browny went for the ice cream dessert too the night before the race – Sam Pang joked that he should not have had dairy.

The Nova 100 breakfast show gets a day of in New York because of Cup Day and will return on Wednesday.