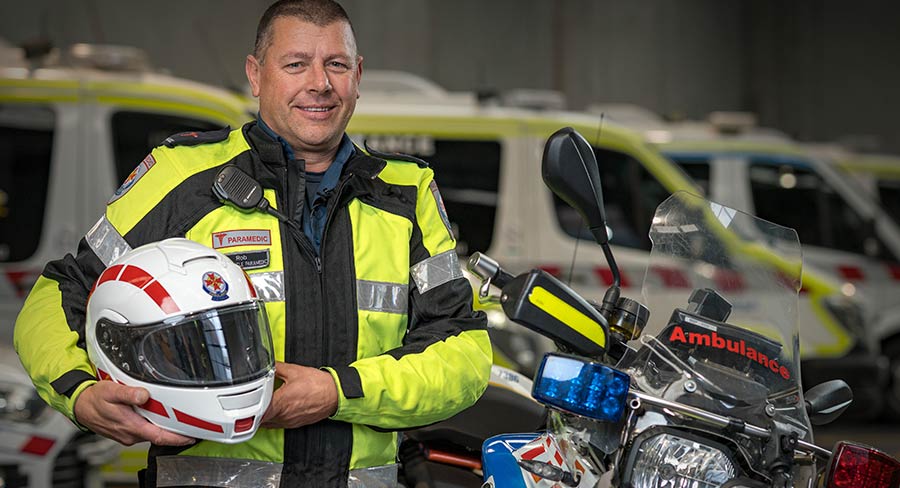 The broadcaster has won four of the five nights so far this week and leads Nine narrowly in primary and combined channel shares. Its Friday combo of Better Homes and then the much-anticipated The Blake Mysteries should perform well.

Orange Is The New Brown is still searching for an audience with 286,000 after 298,000 the previous Thursday.

Nine News Melbourne police reporter Alexi Daish talked to the parents of hero cop Dean McGrath on A Current Affair. The episode also covered a bad back breakthrough and looked again at energy bills. After three nights over 700,000, the Thursday episode was on 637,000.

Medicine was then the theme with Paramedics on a massive 783,000 after 720,000 a week ago. They really are big numbers for late on a Thursday. Paramedics was a timeslot, evening and demo winner with its biggest audience ever.

Monty Python member Eric Idle has been delighting interviewers across the country this week on his book tour and he was a guest on The Project. He got an impressive eight minutes, which was marvellous TV. The episode did 389,000 after 436,000 on Wednesday. Python week continues on The Sunday Project with special guest Michael Palin.

Grand Designs Australia featured Peter Maddison tracking the building of a three-level beach house in Byron Bay. The show did 476,000 after 8pm.

Episode one of the second season of Endeavour then did 343,000.

Two episodes of Waco followed with an average of 121,000 watching.