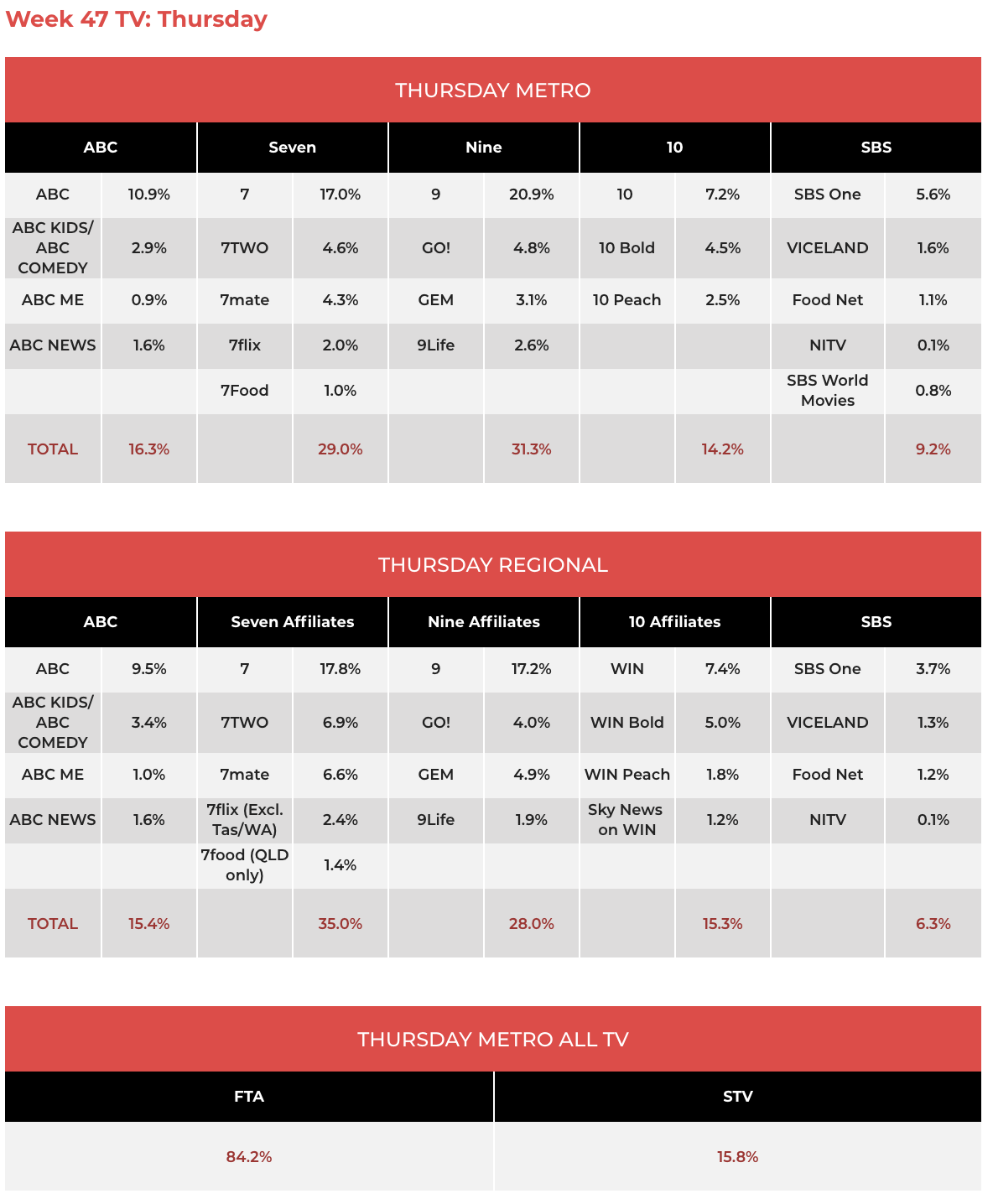 The 2019 series final of Better Homes and Gardens looked back at a busy year and had some Christmas food tips including a ham and a great looking dessert. The episode did 411,000 ahead of half hour Countdown to Christmas episodes next week.

Another Cricket Edition of The Front Bar followed with guests Ricky Ponting and Doug Walters. The episode did 367,000 after 383,000 last week.

Black Friday bargains and a noisy bird lady featured on A Current Affair with 605,000 watching.

Europe then featured on Seven Worlds One Planet with 532,000 watching after 595,000 on Thursday last week.

The Project was again under 400,000 with 376,000. Tommy Little was on the red carpet at the GQ Awards and there was coverage of the ARIA Awards.

The final Trial By Kyle couldn’t have had a much lower lead-in which saw the final courtroom drama do just 140,000.

There was a mixture of food flavours on offer.

But it was well outrated by a popular soft drink at 8.30pm when The Secrets of Coca-Cola had 247,000 watching.