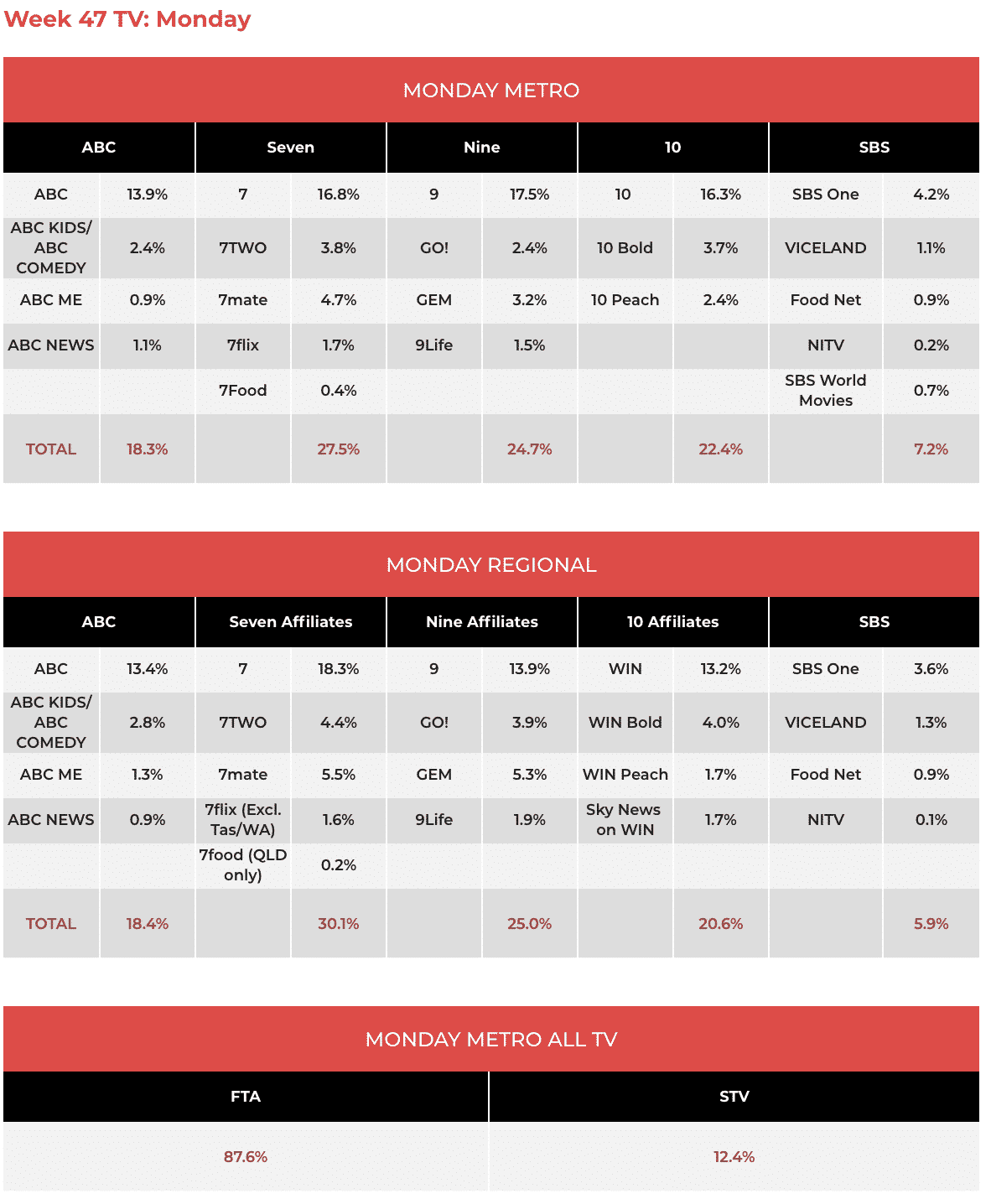 Two episodes of The Rookie followed with the second being the series final. The first did 349,000 with the final on 310,000.

Quentin Long from Australian Traveller magazine was a guest on A Current Affair as reporter Steve Marshall investigated claims made about a travel agent. The episode also featured a story about wrong house numbers which was confusing Australia Post, reporter Brady Halls and the viewers in what was a classic piece of ACA fun. The show’s week started on 735,000.

The Project featured an energetic choreographed dance number featuring Carrie Bickmore with support from Pete Helliar and Hamish Macdonald plus some of the show’s staff. Stopping by the studio for what turned out to be a great interview was UK actor Timothy Spaulding.

The final five on The Amazing Race got to travel across Africa and they all lived to compete in one more episode in another non-elimination leg. The episode did 609,000 to win the timeslot and help lead 10 to win all key demos.

The final episode of Have You Been Paying Attention? for 2019 had everything – a great panel and some hilarious guest questioners and a couple of awkward product integrations that were saved with some clever gags. Ed Kavalee and Sam Pang together with host Tom Gleisner have been the glue holding the show together for another year with Kitty Flannagan, Mick Molloy and Melanie Bracewell getting the finale guests slots after many appearances across the year. The show hit a real purple patch in the past couple of months in the ratings and the final episode did 870,000, not far below its best this year.

Australian Story was well inside the top 10 with 646,000 as the show reported on the disappearance of a teenage girl seemingly without trace.

The controversial Silent No More: Shining A Light started with host Tracey Spicer meeting people sharing stories of sexual harassment. The audience was 425,000.