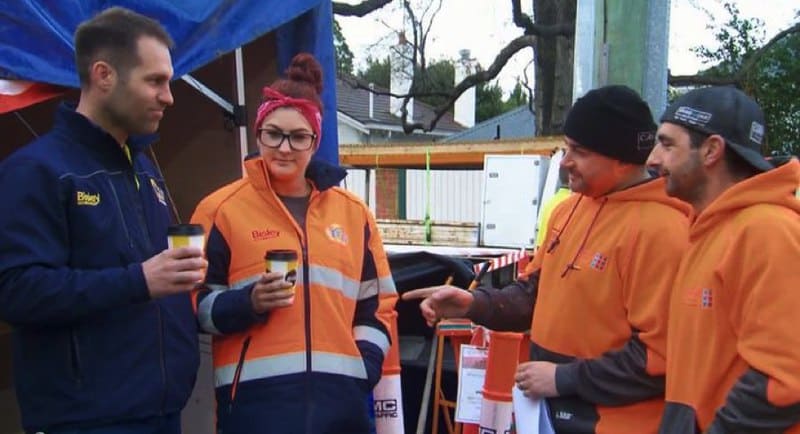 The recruits on SAS Australia were hoping Firass Dirani would be a voluntary withdrawal last night, however it was Jackson Warne that quit after a gruelling pack march. The audience of 582,000 was just under Monday’s 584,000. The messages from the recruits families were a highlight.

Nine: A Current Affair had a second successive night over 700,000.

The Block featured work on the backyards which don’t have much space after the swimming pools are factored in. There was plenty of stress trying to get on top of the to-do list which wasn’t made any easier after the defect lists were handed out. More trouble in the Brighton paradise is promised tonight too. The crowd of 828,000 helped secured Nine’s win and was up a little on 815,000 a week ago.

Australian Crime Stories saw its audience push above 400,000 with possibly the best episode of the series – A Deadly Friendship – a look at the case of killer Jonathan Dick.

10: The Project dipped below 500,000 with Tanya Hennessy ending the episode with some laughs.

SBS: Surprisingly Great British Railway Journeys wasn’t the channel’s #1 last night. That accolade went to the series launch of Addicted Australia which was on 239,000.

There were 215,000 Michael Portillo fans tuning in for their railway journey at 7.30pm.