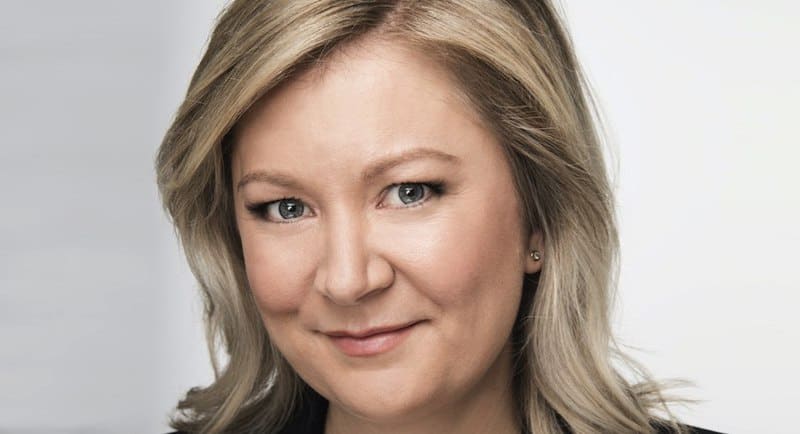 The editor of Nine Entertainment Co’s Sydney Morning Herald, Lisa Davies, told readers about the recent audience surge at the print and digital news brand in her most recent newsletter.

“Australia’s interest in Trump and the US election has been borderline obsessive. As we do with all major news events these days, we have helmed a live blog for most of the week – this time continuously, 24 hours a day, since Tuesday morning.

“On Wednesday, the blog accrued nearly 5 million page views – 420,000 of them were subscribers to the Herald, The Age, the Brisbane Times and WAtoday. The bulk of those – just under 4 million – came from smh.com.au. Thursday wasn’t quite as big but we still had more than 3 million total page views on the blog across all sites; 400,000 of those were subscribers.

“This is an absolutely enormous result, and we believe it could be the highest number of readers we have ever had on a blog.”

Speaking to Mediaweek on Tuesday, Davies added: “The Sydney Morning Herald remains the most-read masthead in print and digital in Australia. We want to remain relevant to the most people we can. Our live blog asset this year has done more work for us than we might have imagined 12 months ago.

“The audience has absolutely loved the coverage, reading multiple stories in each sitting. On Monday, the first day after the result when you might have expected something of a drop off, the Herald’s top 20 stories for subscribers featured 12 US elections stories. That’s unprecedented for an event that has, technically at least, finished.

“When you look at the overall site with subscribers and other visitors, 10 of the top 20 were US elections pieces.

“The Trump factor has been something that people have been endlessly fascinated with. Four years ago when it looked like he’d get elected someone in our newsroom joked Trump could save journalism. 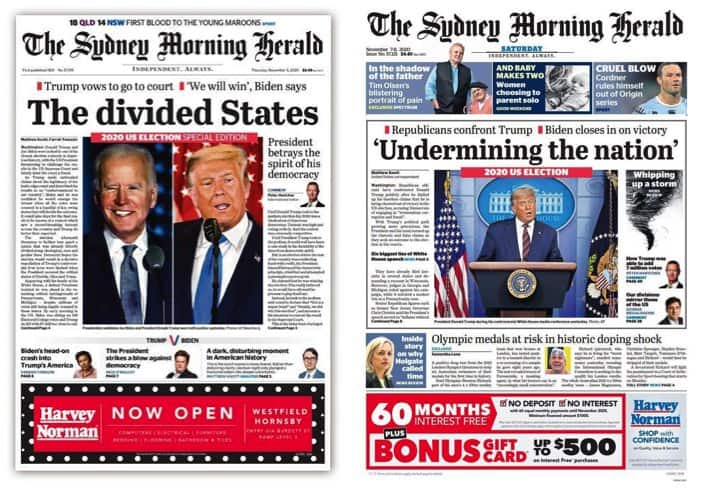 “Four years later our readers remain committed to staying across what he is doing and how he is doing it. His increasingly erratic response to the coronavirus has provided yet another reason for people to read about him.

“It will be interesting to see if people are as enthusiastic about the way forward with the Biden administration. There will be a lot of issues that Herald readers are pretty engaged with like climate change and energy policy, which is something Biden has said he will be addressing.

“The transition phase alone will be compelling too.”

Davies added Herald readers are keen global citizens. Helping feed the appetite out of the US is North American correspondent Matthew Knott. “He’s been at the epicentre for us and he’s also been doing a US election newsletter and he’s also filed news stories and some very punchy analysis.

“Between Matthew and Peter Hartcher their analysis of the predicament as it played out last week were among our most-read stories. As well as wanting the facts, our readers also want context and analysis. Hartcher has worked at the Herald for 35 years and Matthew has built up a reputation as someone who understands the issues and communicates really clearly.”

Davies is expecting to convert some of the new casual readers to subscribers. “I am hoping that the audience liked what they saw. We staffed the election blog 24/7 from the Tuesday morning before the US polls opened and many used it as the launch pad into all out other content.”

Davies said The Sydney Morning Herald has enjoyed a good year regarding subscriber growth following on from audience increase they also received during bushfires and then from Covid coverage. “In all the tragedy and crisis there has been upside for us.”

Davies thinks the amount US coverage of the election was about right and she doesn’t think its success will change the way the paper covers the country or other international markets.

“We have always placed importance on having a US correspondent. We have three fulltime staff in North America. Matt is our correspondent in Washington. We have a senior digital editor and reporter in New York, Megan Levy. We also have Michael Idato as our entertainment editor-at-large on the West Coast for us.”

The live blog pulled in a lot of readers, with Davies noting she thought that live coverage was something the paper has always done well.

“During the bushfires from around this time last year, the blog was a very valuable way for people to get into our site and then they would bounce around.

“We have also had a coronavirus live blog running pretty much from 6am until 10pm since March across all sites. That blog and the bushfire coverage was free to anyone, but anything you click through to from there is counted towards website limits.

“The blog is a funnel for people who may not be familiar with the Herald and who may not be subscribers. It allows them to really see the breadth of content as different stories are showcased as they are posted live.

“The breaking news reporters we use are very calm and measured, keeping the tone very pragmatic and not hysterical.” She pointed out staffing the blog has ranged from younger reporters through more senior writers.

Some time ago there used to be a criticism levelled at the Herald that the tone of the digital product did not match the tone of the print product. That’s an issue no longer.

“Some would argue that the tone of the newspaper was far too dour and serious, maybe some would say it still is!” [Laughs]

“We have been able to bring the two products much closer together. When people look at The New York Times and The Guardian online you know what you are reading via the tone and their styles of reporting, it’s consistent. In the past that may have not been the case with the Herald. Now by and large you would know you are reading a Herald story.”

When asked if the multi-award winning investigative reporter Nick McKenzie had a few stories bubbling away, Davies replied, “Always. Nick is tireless in his pursuit of a good yarn and I know of a number of things he has on his plate. One of the things that is looming soon is the Brereton Report.” 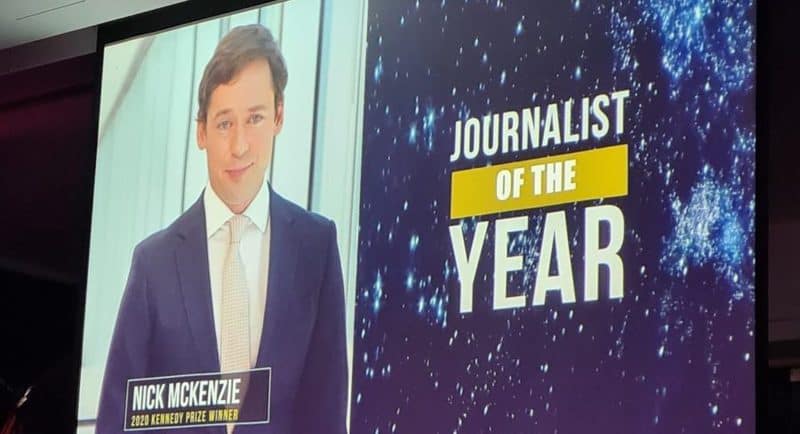 The report into allegations of war crimes in Afghanistan is expected to be handed down later this month by Major General Paul Brereton, a Justice of the NSW Court of Appeal.

“Nick has led our reporting of alleged war crimes.”

Just last week both McKenzie and McClymont with Jacqueline Maley were acknowledged with wins at the Kennedy Awards.

Newsletters are becoming an increasingly important way publishers are building engagement with audiences. The Herald has around 15 at present with more to come.

Davies: “Newsletters are a way that subscribers can feel they get a curated and personal update about what’s happening. I do an editor’s newsletter once a week and we have others that range from daily. We have had a coronavirus newsletter for much of the year.

“We have a new suite of newsletter products we are preparing to roll out later this year or early in 2021. It is a way of showcasing stories people might have missed and summarising the big news of the day that is easily digestible. There is a lot more we could probably do in that space.”