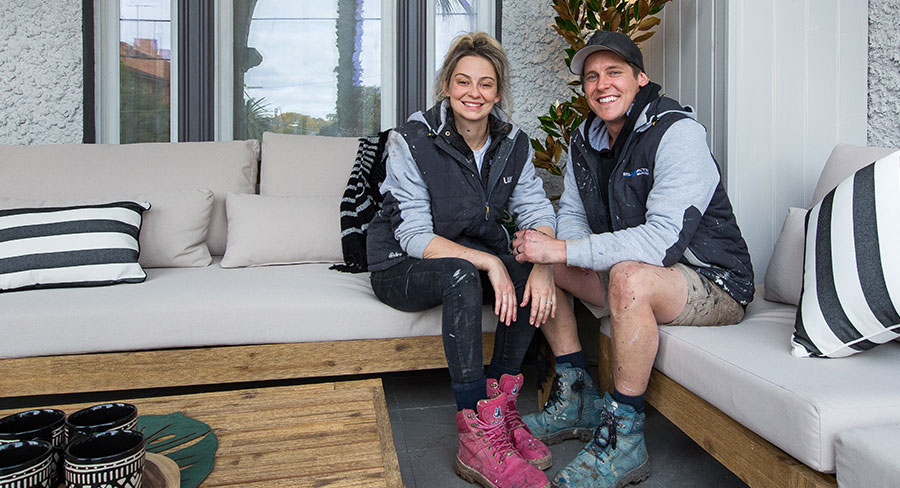 • Another masterclass from Deborah Mailman and cast in Total Control

• The hammer comes down with a bang on The Block 2019
• Nine secures 1.92m as Tess and Luke take home $730,000
• Another masterclass from Deborah Mailman and cast in Total Control
• Graham Norton serves up stars of The Crown and real royal insider
• Fed Cup disappointing result, but Nine coverage #1 Sunday sport Sunday Night was looking at the disappearance of three young women in Claremont in the 90s and then Rahni Sadler was spending time with Rod Stewart. The episode did 375,000 after 386,000 last week.

The channel had a good crowd in the afternoon with the Federation Cup Final. The result wasn’t what anybody wanted and an Ash Barty loss was a surprise after her Saturday victory. The Fed Cup Sunday audience was 298,000 with coverage switching across to 9Gem from Nine after 6pm.

Chapter 1 of The Block final was The Reserves with The Blockheads speculating their reserves might be just under 3m. And nobody wanted to go last in the auction order.

The reserves and the auction order were revealed soon after the episode started with the reserve for every unit on what proved to be a generous $2,990,000.

Scotty Cam then told them: “We have never asked The Block public to stamp up this much cash ever. We know the properties are worth that much, but do we think we could sell five?” The answer was a resounding “yes”. Tess & Luke managed to talk their way into going second in auction order and it was a winning strategy. Their property changed hands for $3.620m, giving them a profit of $630,000 with Nine then giving them another $100,000 at the end of the episode after they won.

60 Minutes featured Tara Brown reporting on the Jeffrey Epstein scandal and the famous people implicated in the saga. The show had an audience of 901,000, a number which might have included some overrun from The Block.

The Project featured actor, writer and comedian Celeste Barber at the end of the episode with 305,000 watching.

10 then had another cracking episode of The Graham Norton Show with two of the stars of The Crown – Olivia Colman and Helena Bonham Carter and a real royal insider – Anne Glenconner. The episode deserved more then 242,000, but if faced some big competition last night.

The final episode of Grand Designs: The Street did 430,000 which was again enough for a top 10 finish.

Also securing a top 10 spot was Total Control. After an acting masterclass in episode four a week ago, Deborah Mailman and her colleagues kept it going last night with the penultimate episode of the series. After 559,000 a week ago, episode five was on 512,000.

Secrets of the Railways started primetime after 7.30pm with a vintage steam train on the Soviet Hartz Railway with 200,000 watching.