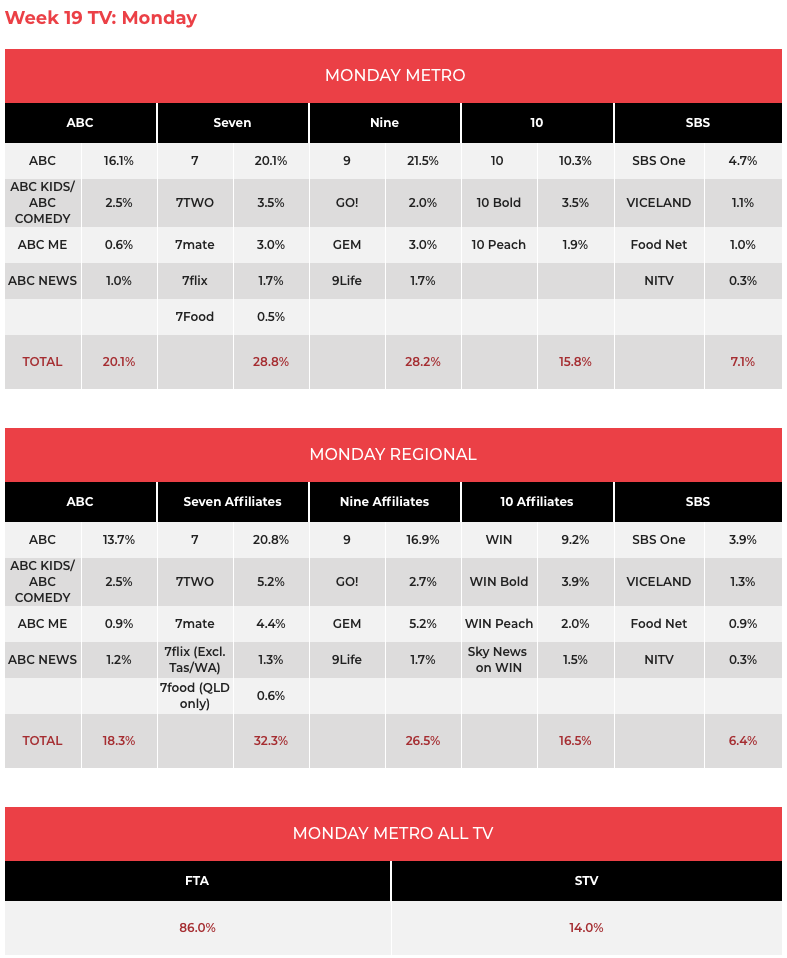 Andrew Denton: Interview then featured Jackie Weaver and then the host introduced the first of some unknowns who have great stories to tell. After 481,000 last week, last night was on 447,000. Weaver noted during the interview she’d done 10 interviews that day. “Saved the best for last,” she hastily added. Weaver was a feature guest on The Sunday Project this week too.

Breast implants, interest rates and the new royal baby were covered on A Current Affair with 769,000 watching after 810,000 on Monday.

The final episode in the penultimate week of Lego Masters drew 1.068m ranking it #1 overall on Tuesday. The audience, up on last Tuesday’s 1.023m, heard Matt and Lyn told “it’s time to go home”.

A second week of Timeless was on 220,000 after the same number a week ago.

Stephen Curry had a big day on the publicity trail including lots of radio, a session with Mediaweek (coming soon) and an appearance on The Project ahead of the launch of Mr Black. The news delivered differently did 464,000 at 7pm after 429,000 on Monday

MasterChef had its best audience so far this week with 654,000 watching after 638,000 Sunday and 607,000 Monday. Tessa managed to win an immunity pin in the three-way cook-off that must have seen close to the lowest scores ever for the guest chef in an immunity challenge. 10 is starting to warm up the audience for Nigella Week starting next Sunday.

The premiere of Mr Black did 471,000 which is almost a triumph given the way audiences are consuming their TV these days. The biggest audience watching Stephen Curry star in the Adam Zwar series made by CJZ for 10 was biggest in the star’s home town – Melbourne with 191,000.

Another product from CJZ – Bondi Rescue – was part of the schedule that helped 10 Bold to rank #1 multi. Also drawing the crowds were NCIS, CSI: Miami and The Mentalist.

TV and stage icon Toni Lamond featured on The Recording Studio with 327,000 watching after 339,000 a week ago.

It was Jennifer Byrne night on the channel. After hosting Mastermind at 6pm with 107,000 watching, she was then the guest on Who Do You Think You Are? She tracked down her grandfather to an internment camp in China during World War II. The audience was 376,000 after the Scott Cam episode did 394,000 to launch the series a week ago.

Insight then featured an important subject, a discussion about preventing teen suicide, with 189,000 in metro markets. 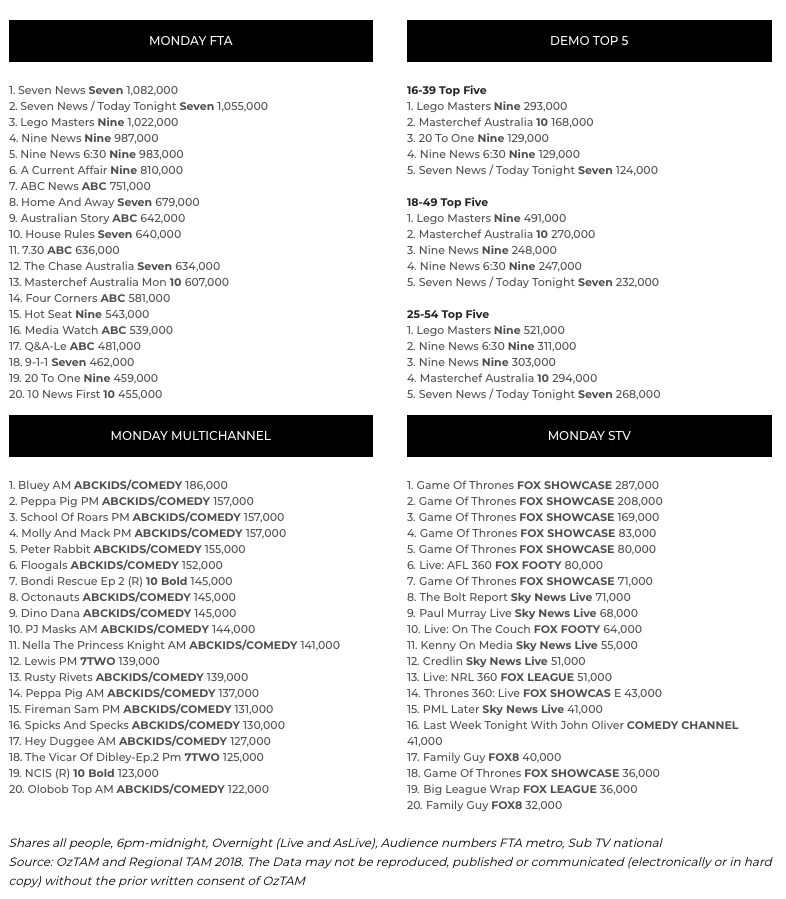