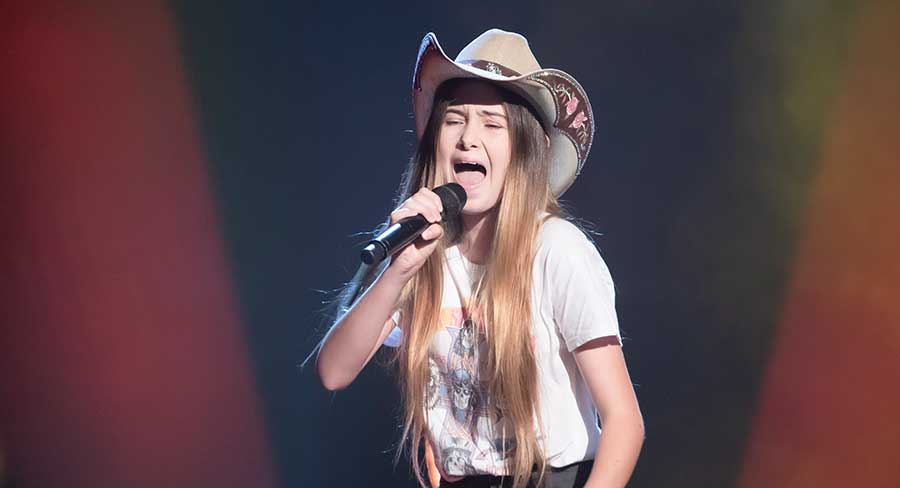 • Sad social distancing farewell to Jess as MasterChef gets serious

• The youngest ever and a former winner steer The Voice to victory
• Nine helped to #1 ranking with 60 Minutes over 700,000
• Sad social distancing farewell to Jess as MasterChef gets serious 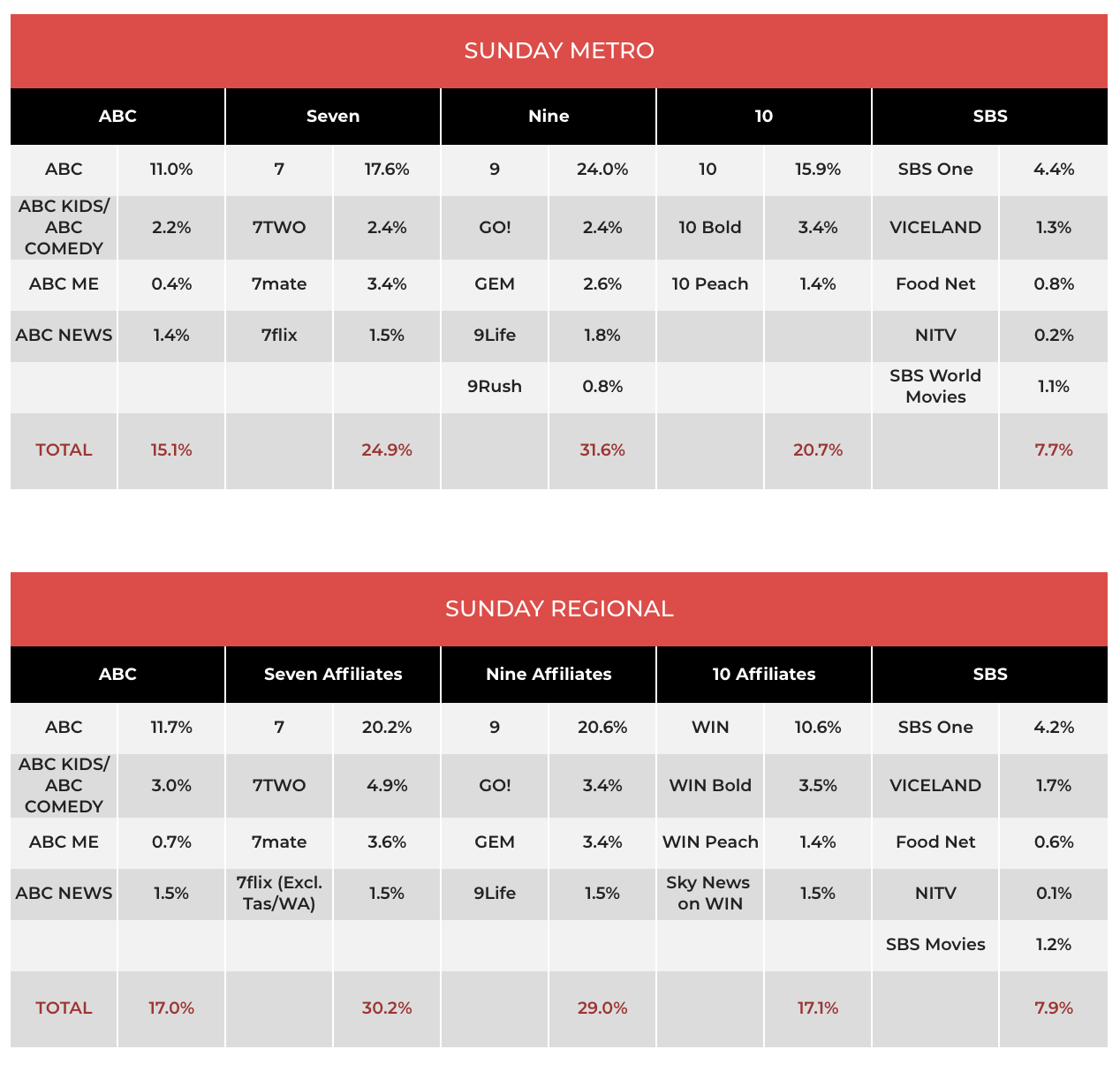 Seven: The channel kept itself firmly in second place with two episodes of House Rules: High Stakes which included the final home reveal. It was the second double header in the past few weeks. The first episode was on 605,000 and most seemed to stay on with 597,000 watching the second.

Nine: The Voice had a number of notable auditions last night – one was the youngest ever from 12-year-old Emmagen Rain who ended up on Team Delta. (Interesting Delta reminded Alan Jones last week how she first wrote to him seeking career advice when she was just 12.) Later in the show a former winner of The Voice Armenia Masha Mnjoyan performed All By Myself. All the coaches responded enthusiastically with Team Kelly the new home of the international all-star.
After a launch audience of 1.012m a week ago, the second Sunday of The Voice was on 1.032m.
60 Minutes was also up week-on-week with 716,000 with no radio superstars, after 697,000 last week. Last night featured the amazing story of the Instagram lingerie model Arabella Del Busso.

10: The Project featured Lisa Wilkinson’s interview with Lady Gaga recorded in person before borders closed and lockdown started. The episode did 588,000 after 521,000 a week ago.
As we suggested last week all the eliminations on MasterChef Australia will now be significant as there is nothing but very talented cooks left in the top 12. The first of them to go was Jess who failed during a double ice-cream challenge. It was a very teary end to the Sunday episode with no hugs as Jess broke down realising her dream was over. There is just one more elimination until the MasterChef 2020 top 10 is revealed. The episode last night was on 979,000 after 941,000 the previous Sunday.
The MasterChef and Project audiences helped 10 to rank #1 16-39 and #2 under 50, 25-43 and 18-49.

ABC: The lastest Sunday night drama Operation Buffalo launched very strongly with 555,000. The quirky series attracted a crowd that wanted to see what was next from one of the creators of Rake.
Earlier in the night Grand Designs New Zealand was on 452,000. 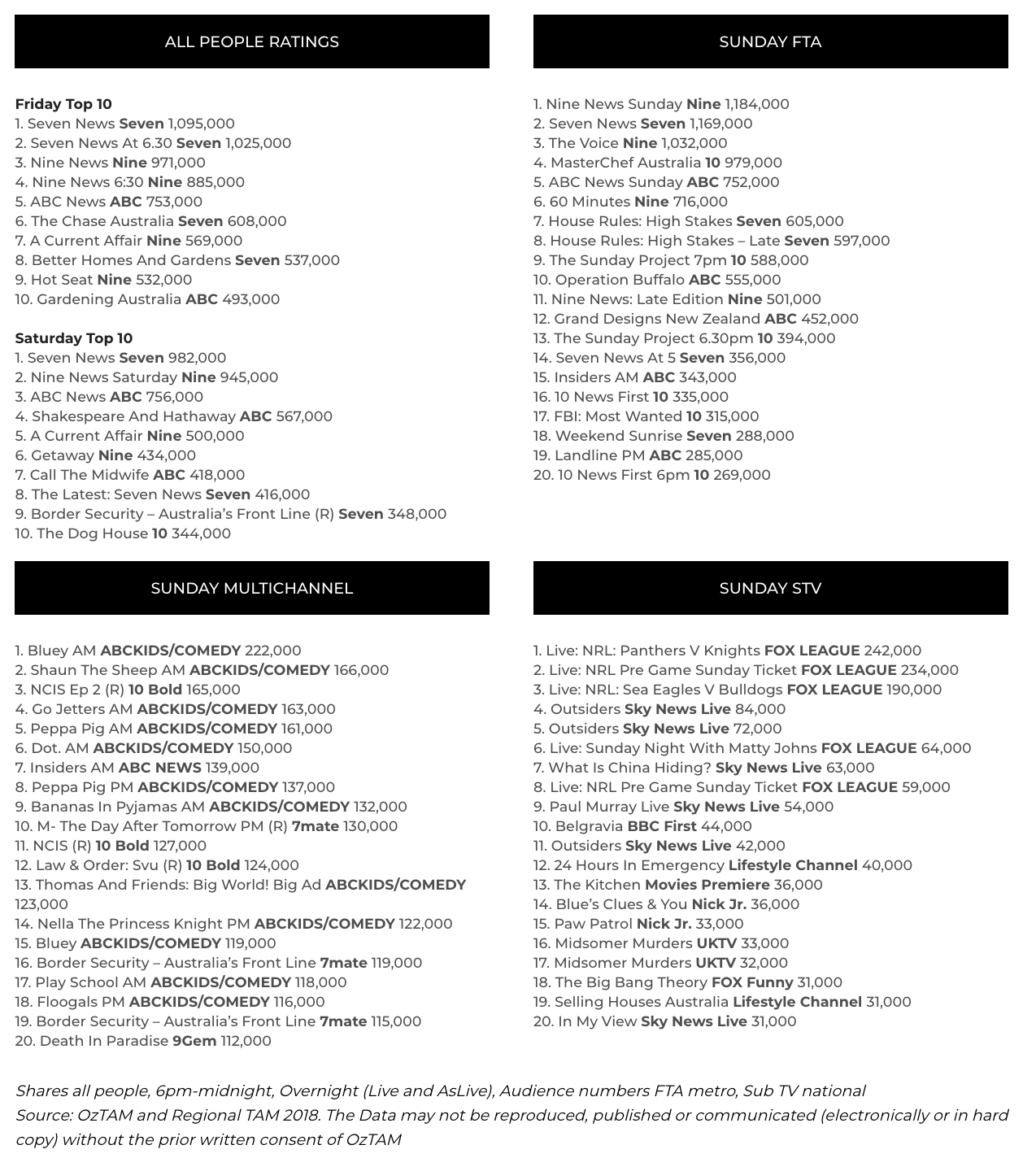