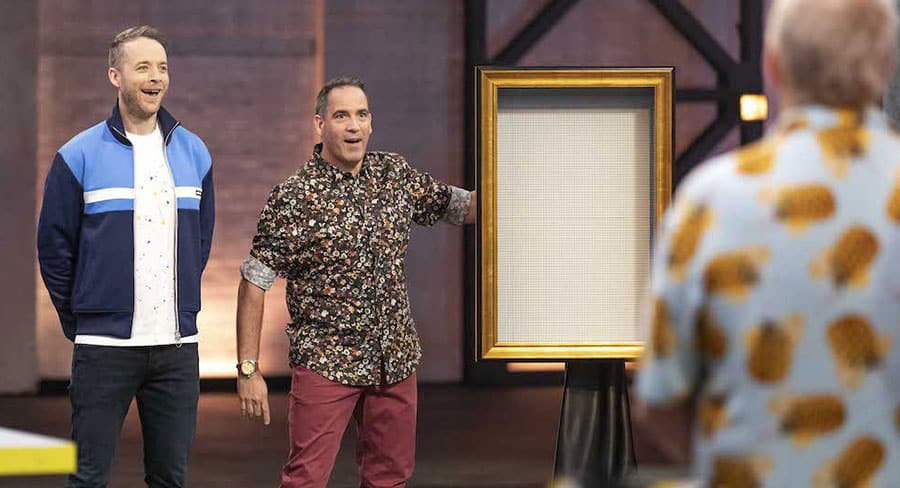 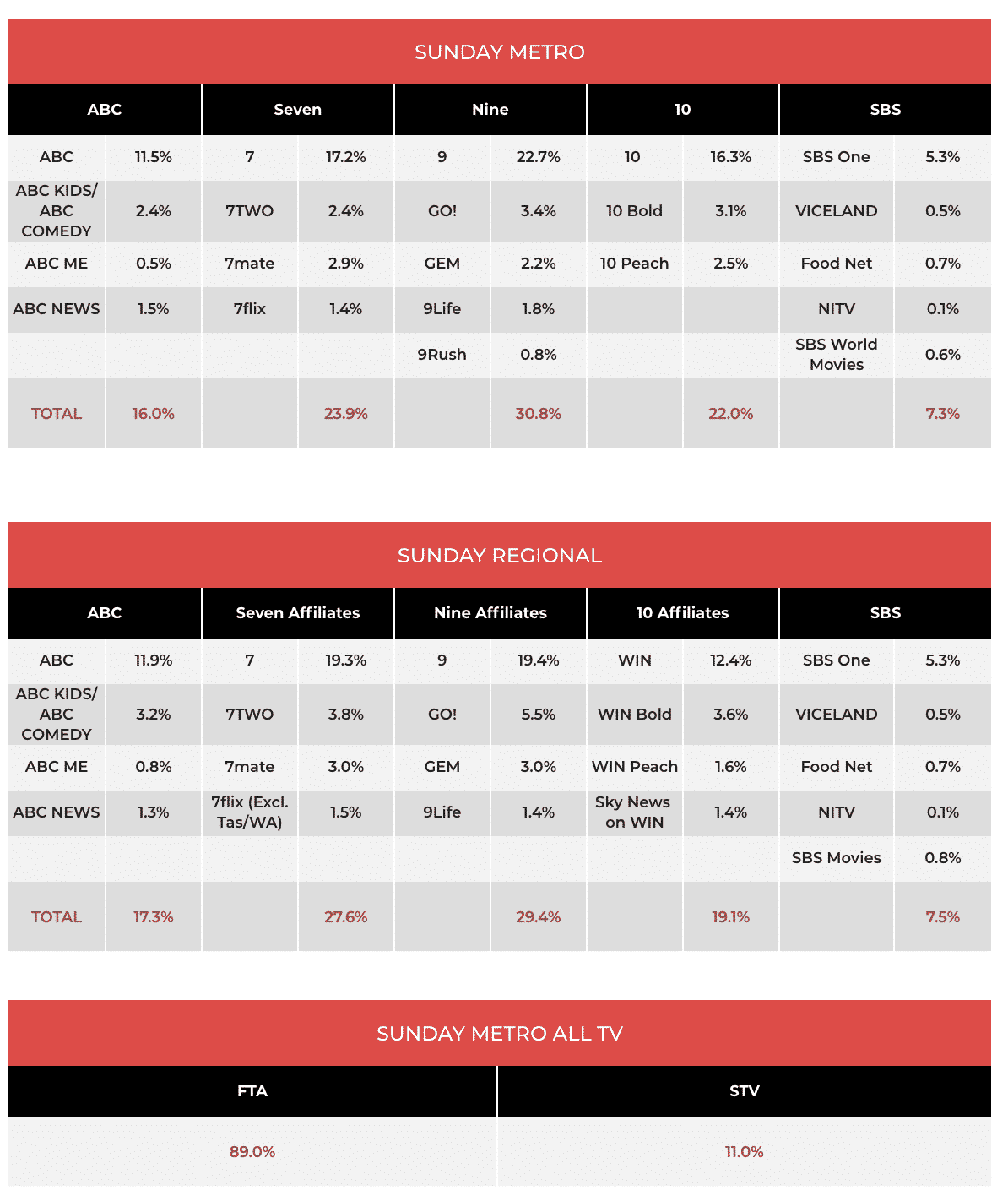 Nine: “Create a masterpiece” was the instruction to the remaining teams on Lego Masters. Tim and Dannii got to avoid the elimination build because of their previous win which guaranteed them a place in the top five. The 3D piece of art the other five teams had to build in 12 hours needed to fit a Lego frame that Brickman showed at the start of the episode. “This was the hardest Lego Masters judgement I have had to make,” said Brickman at the end of the episode, just before he told Jay and Stani they were out of the comp. Trent and Josh were the winners for the second time this series.
60 Minutes followed with 686,000, a big lift on the 532,000 watching a week ago.

Seven: Tanya and Dave got to see the work on their renovated Perth property on House Rules. There seemed to be a lot of work to still do as the final day started, but as happens in most reno shows, the teams managed to get most of it done. The episode did 643,000, close to last week’s 640,000.
The 2015 movie The Martian followed with 268,000.

10: “Make it delicious,” was Melissa Leong’s instructions to contestants at the start of a two round elimination cook on MasterChef Australia. “We want the dishes with the best crunch,” added Jock Zonfrillo. The crunch cook saw the cooks facing elimination culled down to five and it was and all-star shootout with Hayden, Khanh, Callum, Brendan and Dani needing to deliver something gooey. The judges were faced with dropping Dani who had liked the 20-1 odds at the start of the episode as she decided not to play her immunity pin. “There is a fine line between runny and gooey,” agreed Andy and Jock as the judges delivered the bad news to Dani. The episode did 1m after a lower Sunday of 967,000 a week ago.

ABC: Mystery Road is halfway through the six-episode season with 576,000. The series is third-ranked of all shows on VPM catch-up at present behind only Killing Eve and Informer 3838. 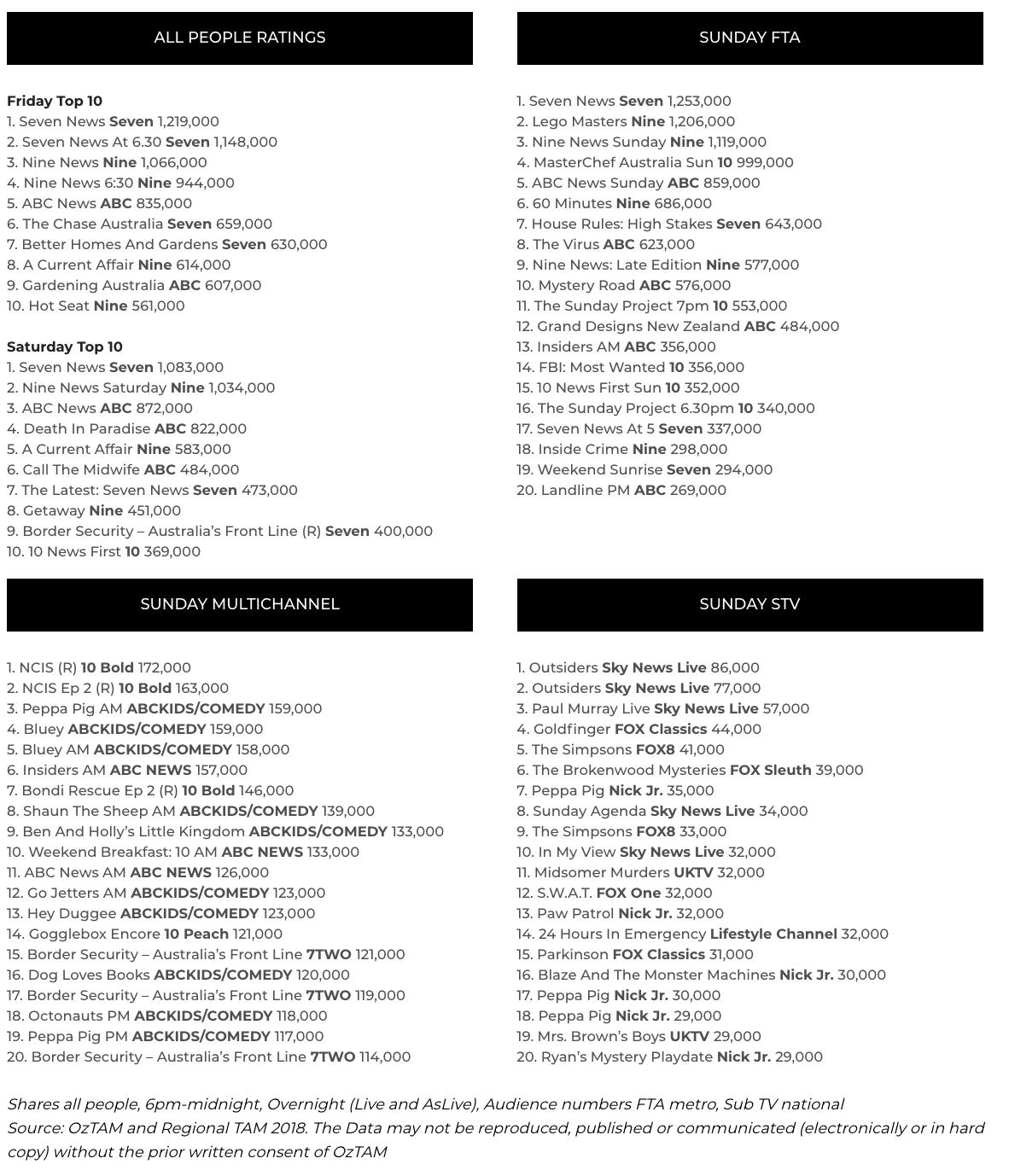