• Nielsen can’t enter homes to service boxes, but no issues, yet

As recently as February OzTAM indicated the new audience measurement system Virtual Australia (VOZ) was on track to be available to OzTAM subscribers by the end of April 2020. However earlier this month OzTAM indicated because of measures introduced to fight the spread of COVID-19 it wouldn’t be able to keep to that timetable.

VOZ will offer advertisers new audience insights as it combines viewing via traditional linear viewing and on internet connected devices.

“We have temporarily put VOZ on hold. We are still working on it, refining it and getting clients prepared,” OzTAM CEO Doug Peiffer explained to Mediaweek.

“One of the things that happened when the lockdown started in response to COVID-19 was Nielsen [who collects ratings data for OzTAM] was not able to get into households. One of the main inputs into VOZ is OzTAM and RegTAM TV data and also VPM data – and that is fine because we collect it at device level through the player.”

Peiffer said they are keeping an eye on the main TV panel because if the current stay at home orders continued for or a long time there could be some issues. “For the 8,000 homes in the Australian panel we had to suspend field work,” he said.

OzTAM visits homes in the TV panels to service set top boxes when needed, add any new TVs that might have been purchased or add new family members. “The daily maintenance that goes on has come to a halt. We can do some of it over the phone, but recruiting of new households and installing new equipment has stopped.”

Peiffer said there has been no impact on the data that is being released daily at present. “That is because in 2016 and 2017 we increased our sample by 50% which was quite significant. Regional TAM did the same. The reason we increased to 8,000 was a response to viewing starting to fragment to SVOD and BVOD services to give us a bigger sample to make sure there was no volatility in the numbers because of sample sizes. That alone proved to be good preparation for the lockdown. Even if we start to lose households we still have a big sample.”

A lot of houses would have to drop off the panel before impacting the ratings data. “We would have to see some real attrition on the panel, maybe drop by half before we couldn’t produce data. We are a long way from that,” said Peiffer.

“What we really want to do at present is ensure the safety of the household panel members and the safety of the engineers who are going in, following all the COVID-19 rules. We still do phone calls where we can and we are finding ways of instructing households to add people to the boxes. So far the panel is holding up well and the percentage of good households is still running over 90%.

Peiffer and his team, most working remotely, are still at work on VOZ. He indicated just last week he was having meetings about VOZ nearly every day.

OzTAM has also been detailing the impact that COVID-19 has had on viewing. “Broadcast viewing has been up by massive amounts in daytime and BVOD viewing is also up significantly. What has happened is that all this has pushed more people in front of TV sets. What we call co-viewing is on the increase. That’s because of course there is more people at home and it’s not just in the evening. The TV set has been on a lot more and there are more people in front of it. We were looking at a co-viewing figure at the start of the year of about 1.4 and that has risen. In the first few weeks of lockdown we saw viewing go up with more people sampling news. More recently we have noticed a little bit of fatigue with people not spending as much time as they were with news programs, but they are starting to watch other things. Programs like Lego Masters and MasterChef have been doing very well. People want to be entertained as well.” 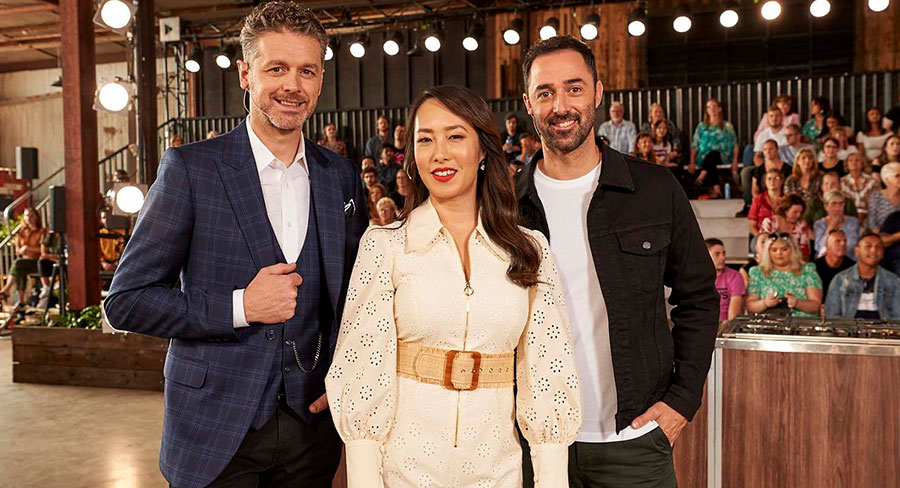 OzTAM has had VOZ data since the start of the year, but it has been refining the model. “We are working with the broadcasters to make sure the data is robust.”

With big audiences turning to different forms of TV Peiffer noted it is disappointing not to be able to launch what VOZ promises just yet. “With no sport available you realise just how much live sport underpins the broadcast economy in terms of production, sponsorship, ratings and the knock-on impact to other industries.

“It is frustrating to know that viewing is up, yet there is pressure on every single one of my clients in terms of revenue. There are advertisers that fall into different categories. From those ready to start spending again those who are not trading so they stop spending all together. There are some who paused and are now starting again, but maybe changing where they are spending. Then you have some advertisers that are selling so much product that maybe they don’t need to advertise. The whole ad economy has moved a lot on the past few months.”