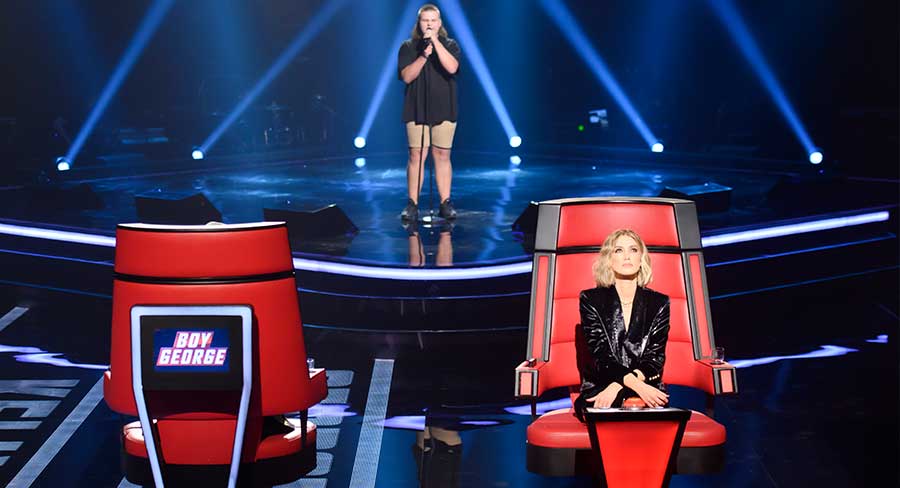 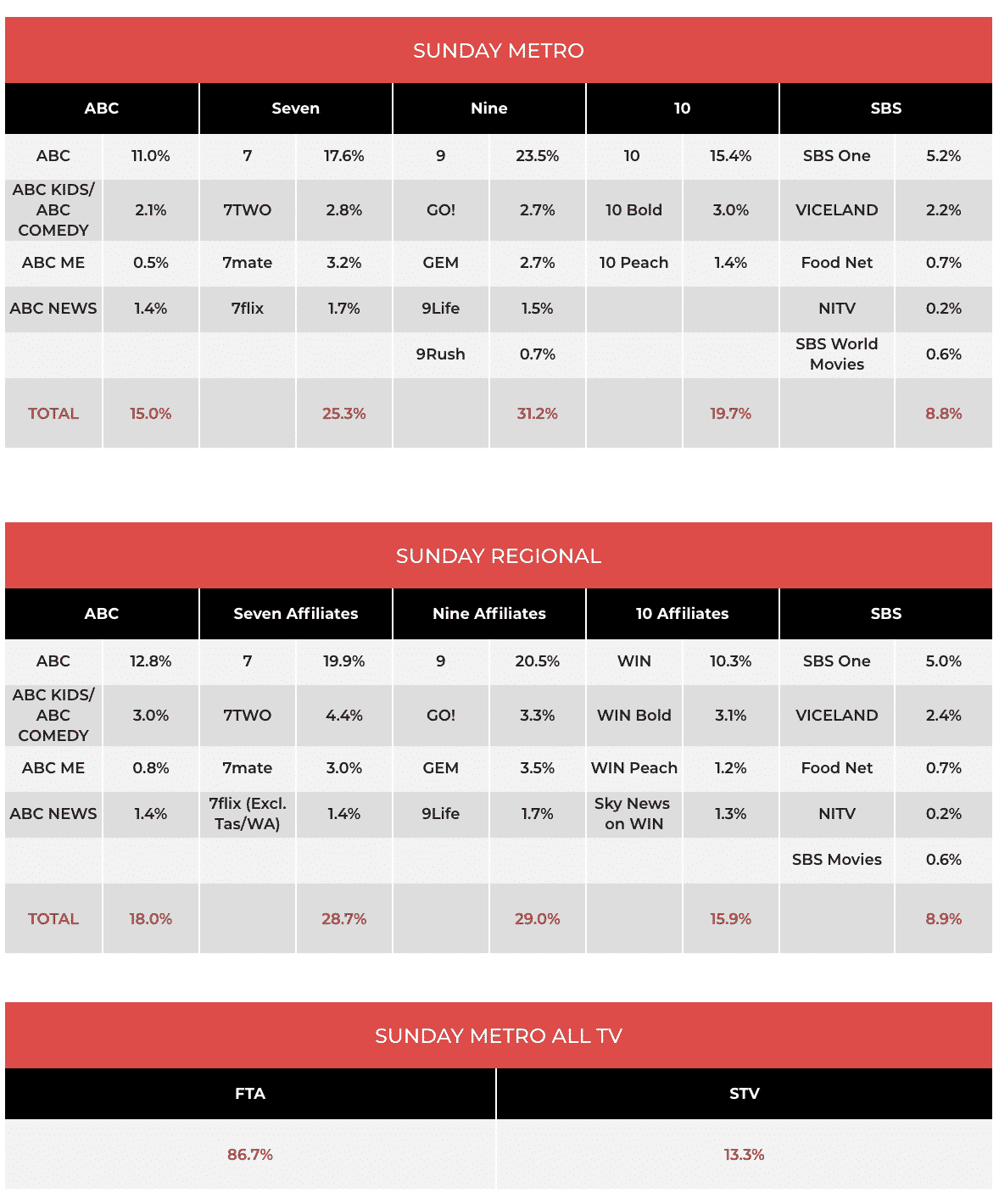 Seven: Seven News ranked #1 across the network.
House Rules: High Stakes then did 674,000 as Lenore and Bradley were overwhelmed after entering their newly renovated property. The episode posted a new series high with 674,000 watching.
The 2016 movie Jack Reacher: Never Go Back then did 319,000.

Nine: The Voice is Nine’s latest winning Sunday night franchise. It helped the network rank #1 primary and #1 network. The show started unearthing plenty of good singers, but arrived with flat ratings year-on-year. There was few formalities at the start of the new season – a quick tune from the coaches (the first time the same four have returned for a second season), a quick intro to the audience then it was into the first act – young 16-year-old Adam, with full mullet, who managed to get all four chairs turning around. After a pitch from Kelly, Delta, Guy (“I had the fro, you’ve got the mullet”) and George he chose to go to team with Team Adelaide (Guy). Fourteen-year-old Despina then turned all the coaches too and after the pitches she chose Boy George who was the first to turn his red chair. Then Roxane from WA also got four red chair turns, as you might expect for a professional singer of 20 years who doesn’t think she has an expiry date. She went with Boy George too who ended the episode with three on his team.
The season launch of The Voice did 1,012,000. That was enough to win the all people timeslot. Historically it was the third consecutive year the show has just managed to hit 1m on launch – 2018 did 1.029m and then 2019 started with 1.011m.
Nine’s much-hyped 60 Minutes followed with the Karl, Kyle and Jackie O episode with 698,000 watching. Although this preliminary number might change – last week’s 725,000 was later time corrected to 667,000.

10: The Project managed 521,000 after 7pm after 574,000 on Sunday a week ago.
MasterChef opened a fish market last night with guest chef Josh Niland from Paddington seafood restaurant Saint Peter. The elimination episode was to sort out the top 12 for the program and marks the halfway mark of the 12th season. A name-the-fish segment granted some from elimination before the remaining cooks had to prepare a piece of kingfish. Tracy didn’t impress the judges and became the 12th person to depart the program. The episode did 932,000 after 949,000 a week ago. The fish episode did well against The Voice in the demos, winning under 50.

ABC: A documentary about the Maralinga Tjarutja people followed the news with 449,000.
The audience climbed to 583,000 for the final episode of the second season of Mystery Road. As with the first season, it was a memorable end to another great season and featured a shoot out in the wild west. The penultimate episode of Mystery Road did 572,000 a week ago and that audience has now climbed to 758,000 in Consolidated 7. 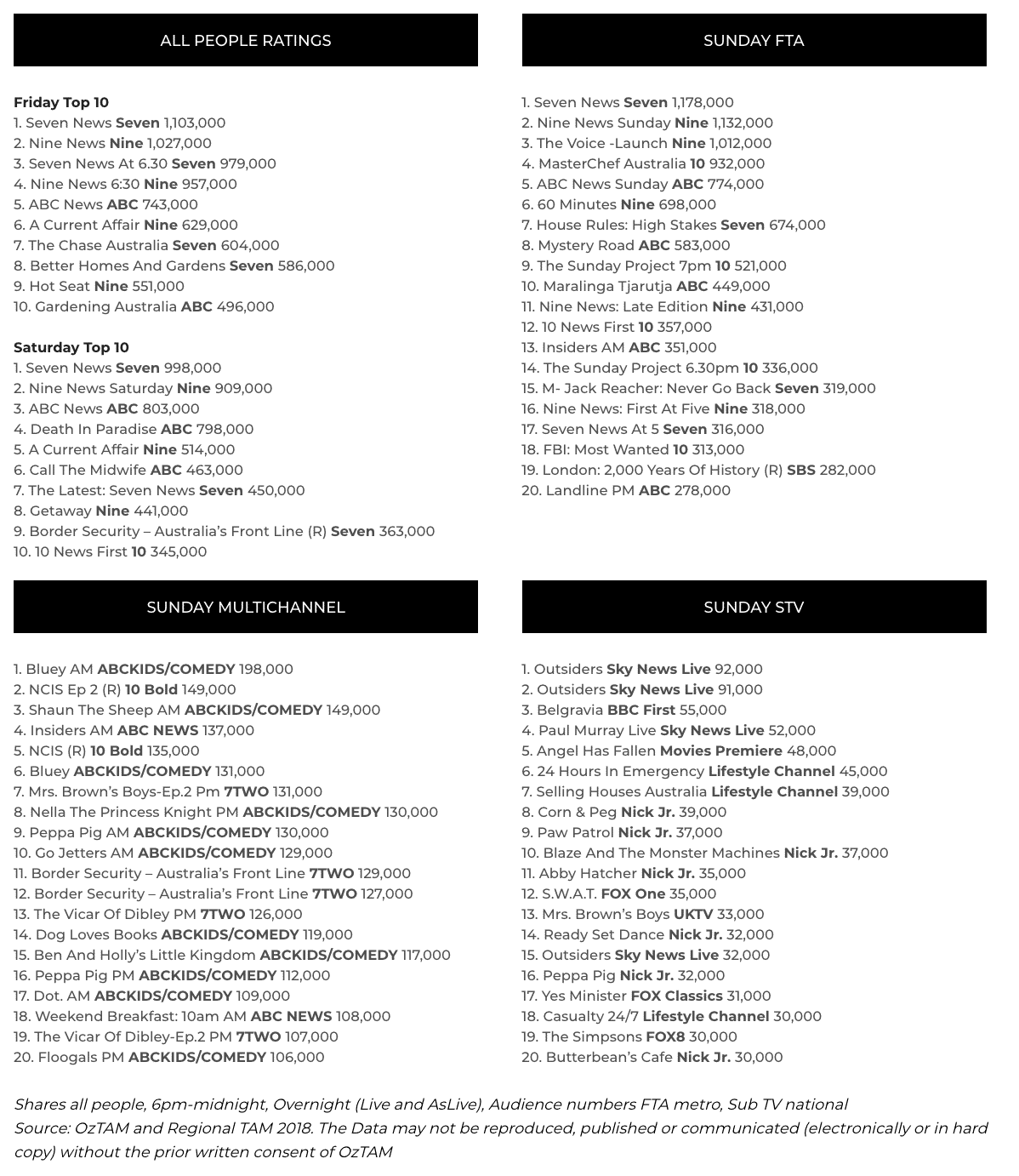